🇬🇧 Better illustrations of the Royal Mail Royal Collection of Da Vinci drawings exhibition stamps to be issued on 13 February 2019 than previously shown in this Blog are now depicted below. As well as the basic set of 12 stamps, cost £8.04p, there will also be a 4 pane miniature sheet (one being made up of Machin Head definitives) which will cost £13.10p. 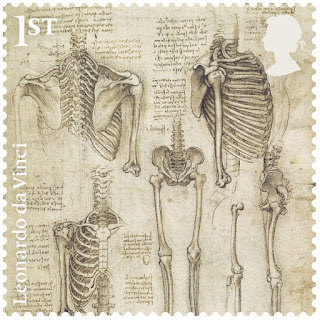 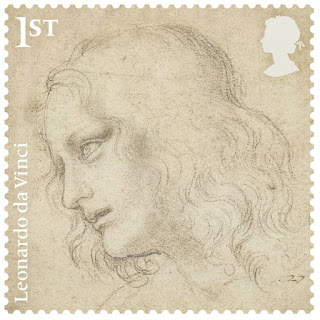 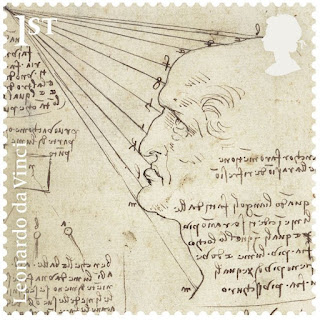 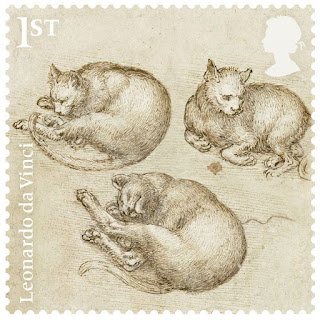 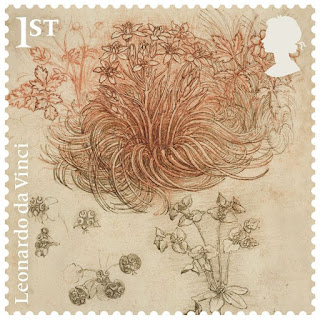 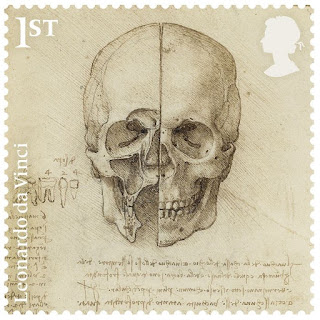 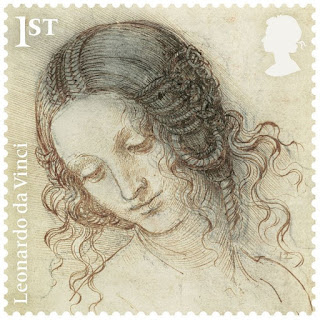 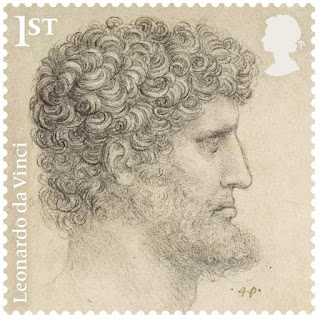 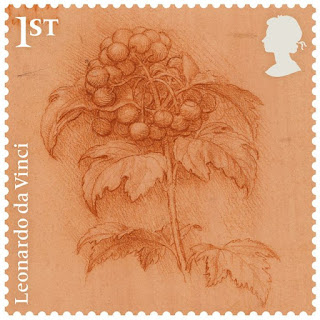 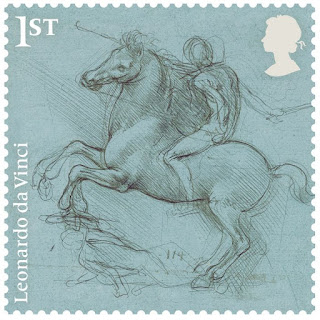 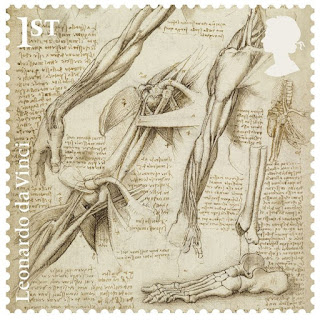 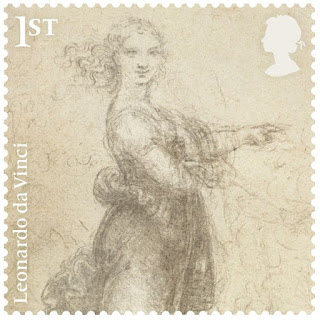 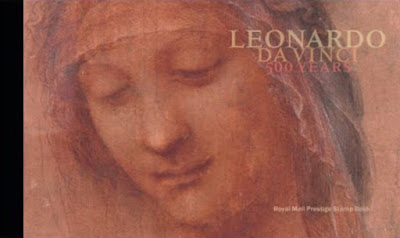 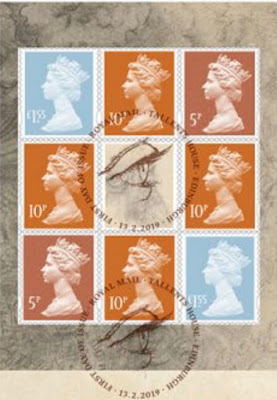 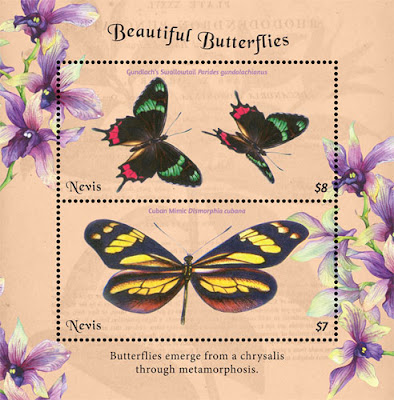 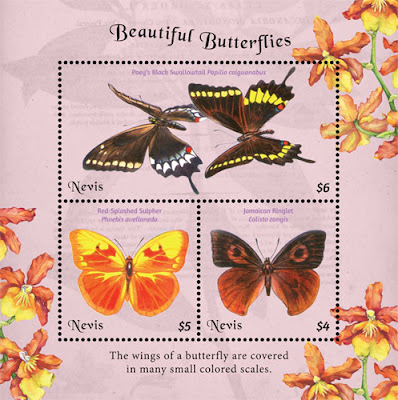 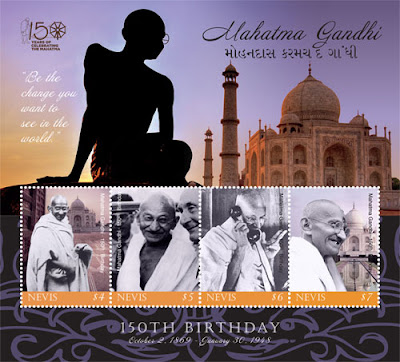 20 December 2018 - Red-footed tortoise - 2 miniature sheets, one containing 4 different stamps and the other containing a single stamp. This species is found in several Caribbean islands but notably NOT in Nevis. Rating:- 0. 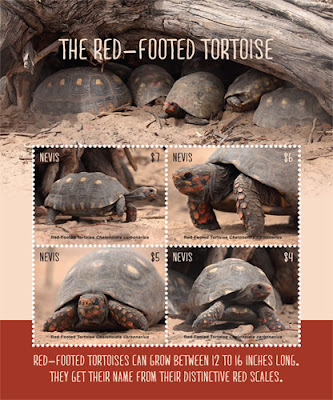 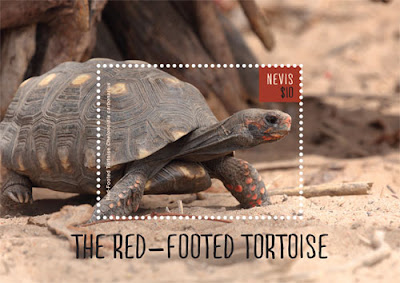 🇲🇾 The first My Stamp issues of Pos Malaysia are:- 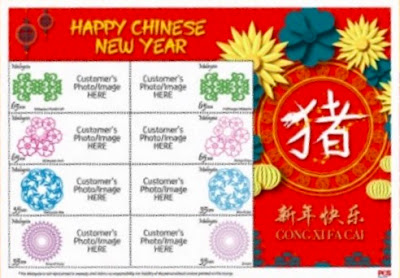 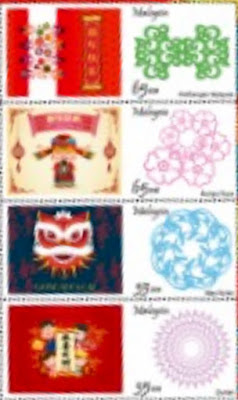 30 January 2019 - St Valentine's Day - 2 sheetlets each of 8 stamps (2 x 4 stamps with attached labels - 1 sheetlet contains labels for personalisation and the other contains stamps with illustrated labels). 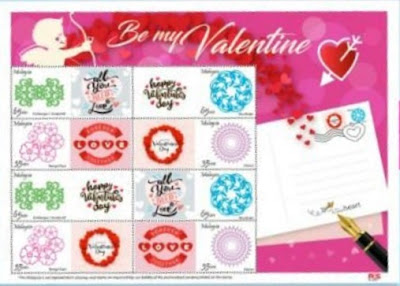 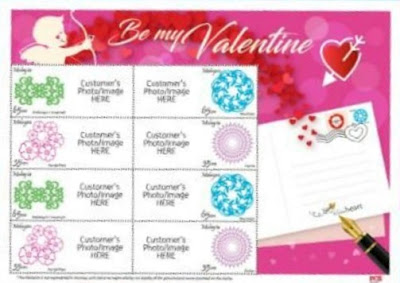 🇸🇬 Singapore Post has issued a new type of machine dispensed stamp - a design featuring the 12 Chinese zodiac animals. I do not know what was the first day of issue but presumably it was very recent to tie in with the upcoming Chinese New Year. Rating:- ***. 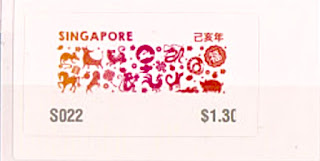 🇹🇹 T & T Post, the postal service of Trinidad And Tobago, has issued a further surcharge, again another value from the 1990 Bird definitive series. This is the 40c value which depicts the Fork-tailed Flycatcher printed on paper with watermark spiral CA sideways and also with spiral Block CA sideways with a '1990' imprint. The stamp is surcharged with a stylised $1 in black and an icon of a perching bird. This stamp, in 2 watermark types, was previously surcharged 75c and issued on 24 May 1999. Rating:- ***. 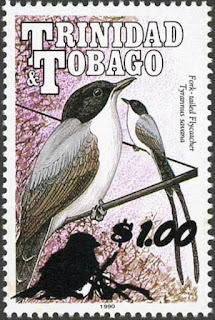 🇮🇳 India Post issued a single stamp on 25 January 2019 to commemorate Mahamati Prannath (1618 - 1694) who was the successor to the founder of the Pramani Sampraday religious sect and who was responsible for spreading it. It is affiliated to both Islam, Hinduism and Sikhism among others. Rating:- **. 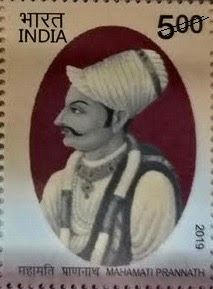 The single stamp and miniature sheet mentioned in Blog 1381 which were issued on 24 January 2019, India Post's first release of the new year, to commemorate the 50th anniversary of the founding of the Central Institute of Plastics Engineering and Technology are depicted below. Rating:- *. 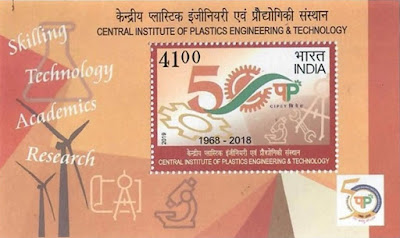 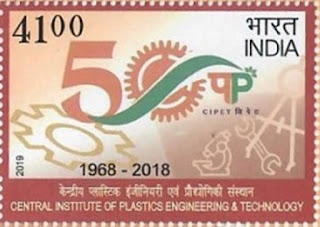 The first India Post My Stamp of 2019 was issued on 15 January 2019 to commemorate the Soharai Festival. As usual the issue is a premium-priced sheetlet of 12 identical stamps with attached labels. 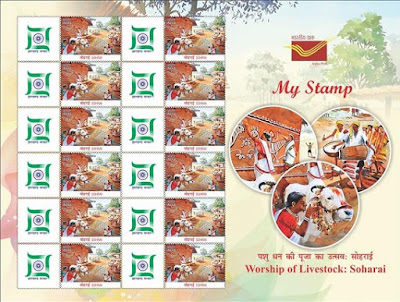