1370. 🇬🇬🇯🇪 Numerous Post And Go Stamps From Jersey And Guernsey To Be Issued At Stampex.

🇯🇪 The Jersey Post Post and Go stamps to be issued on 13 February 2019 which were detailed in Blog 1366 are depicted below. These stamps are issued in connection with Spring Stampex 2019 along with The 'Durrell - Saving primates' issue of 6 attractive stamps which are also detailed in Blog 1366. Rating:- 0. 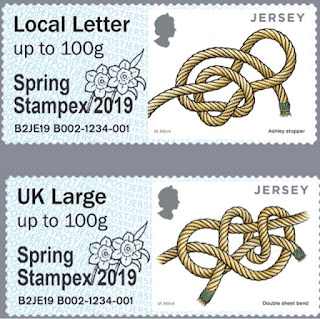 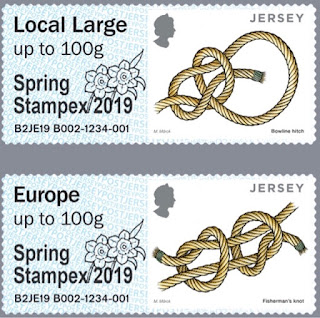 🇬🇬 Guernsey Post will issue 6 new Post and Go stamps on 13 February 2019 at Spring Stampex 2019 in London when its GG01 machine will dispense the stamps to commemorate the 50th anniversary of the Guernsey Old Car Club. The stamps will also be dispensed from kiosk GG02 at Postal Headquarters in St Peterport in Guernsey. This is a very attractive set which marks a notable local anniversary. Rating:- *****. 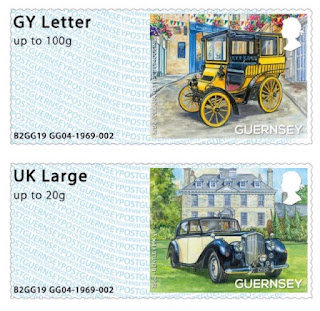 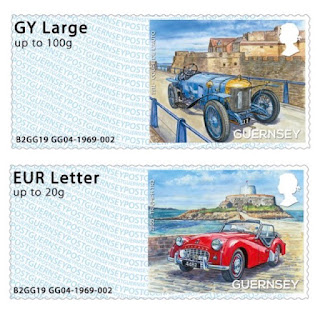 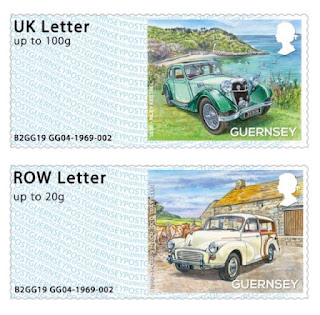 🇲🇲 Prior to releasing the single stamp mentioned in Blog 1365 which commemorated Pyantho, the tenth month of the Myanmar calendar on 6 January 2019, Myanmar Post issued a set of 3 stamps to mark the 71st anniversary of Independence on 4 January 2019. The designs seem to depict various local cultural activities. Rating:- *****. 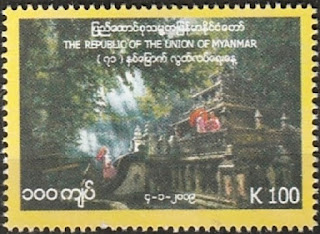 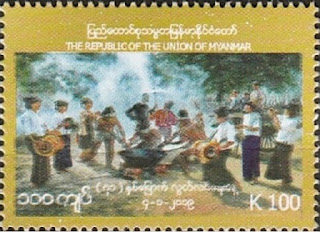 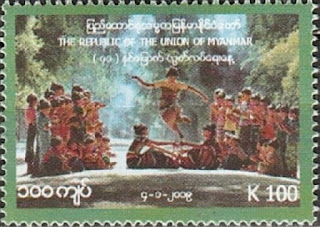