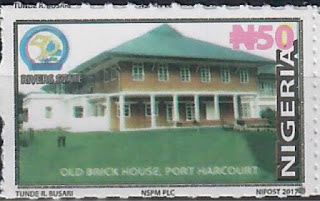 🇳🇬 In Blog 1352 I reported that the postal service of Nigeria had issued 4 stamps and 1 miniature sheet on 13 December 2018 to commemorate the 60th anniversary of River state. The issue was reported in Stamp Boards and there was some debate about the genuineness of the issue particularly as it appeared to be very crudely printed, rouletted rather than perforated and without holograms. Today  I received a set of the stamps from the dealer offering the issue for sale on an Internet auction site and they are every bit as crude as they appeared in the original report but clearly are a genuine issue since the dealer very pleasingly used blocks of four on the envelope containing the stamps and they were duly postmarked and entered into the postal system by Nigeria Post. Disappointingly I was sent a first day cover instead of a miniature sheet though the package also contained a large glossy sheet with a picture of the miniature sheet on it. The sheet was not gummed and the 4 stamps are much larger than the actual stamps so I'm assuming that this must be a poster of the sheet rather than a peculiar form of miniature sheet. Then again, who can know what passes for stamps in Nigeria at present? The stamps and sheet were depicted in Blog 1352 and the used stamps on the cover I received are depicted below. 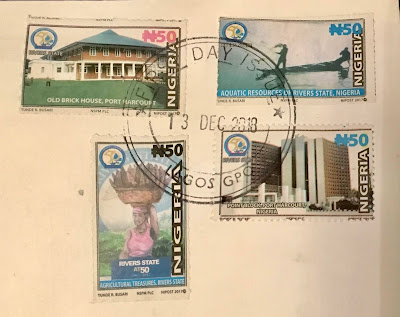 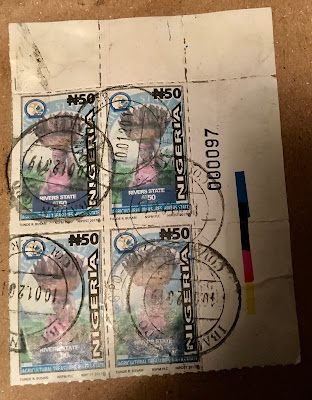 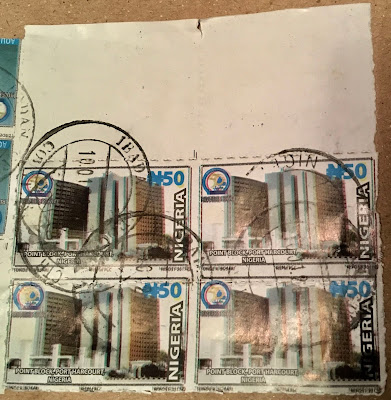 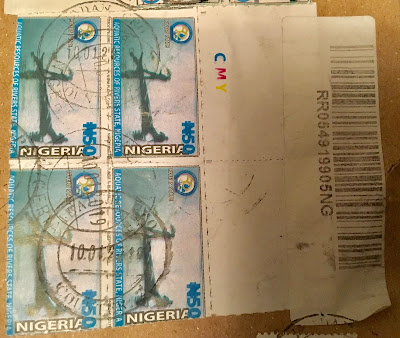 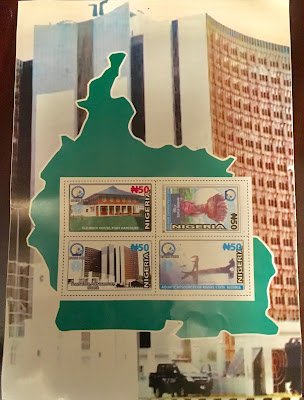 🇸🇱 Now on sale on an Internet auction site is a single stamp and a single stamp miniature sheet commemorating the Centenary of the birth of Nelson Mandela as part of the Pan-African Postal Union which Stamperija has issued with the name of Sierra Leone printed on them. This stamp has only been seen previously as part of a multinational sheetlet of stamps inscribed with the names of other Stamperija client postal administrations (see Blog 1362). These items are also being sold imperforate at a greatly inflated price (a normal practice for Stamperija) and a first day cover is dated 28 December 2018. I wonder if this issue is actually on sale in Sierra Leone.
🇬🇲 The same dealer is selling a first day cover of the same PAPU omnibus miniature sheet with the name of The Gambia printed on it (see Blog 1250) suggesting that the date of issue of that item was 18 July 2018. 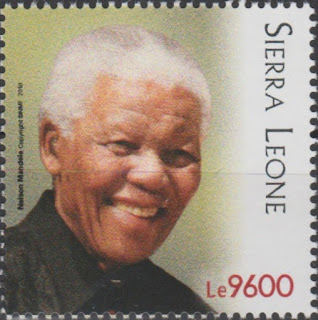 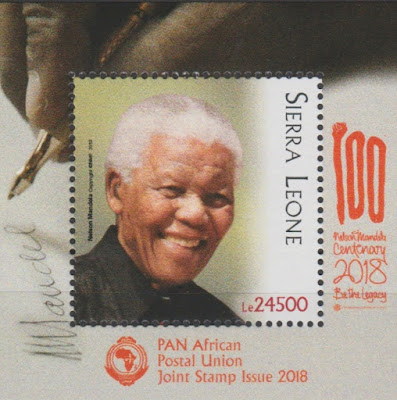 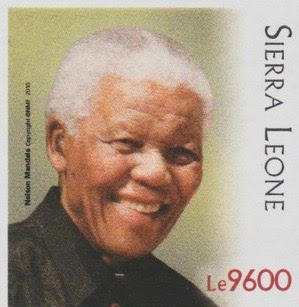 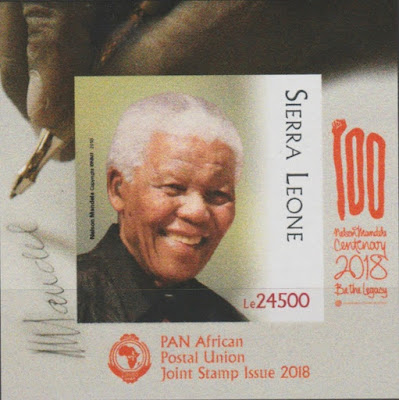 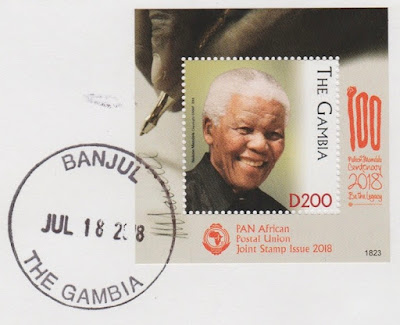 🇮🇳 India Post's first issue of 2019 was released on 24 January 2019 and took the form of 1 x Rs41 stamp and 1 x Rs41 miniature sheet on the highly exciting subject of the Central Institute of Plastics Engineering and Technology. An illustration is awaited.

🇬🇧 The Royal Mail Post and Go stamps to be dispensed from kiosk A001 at The Postal Museum in London from 13 February 2019 to commemorate the 50th anniversary of the opening of the National Postal Museum which were detailed in Blog 1372 are depicted below:- 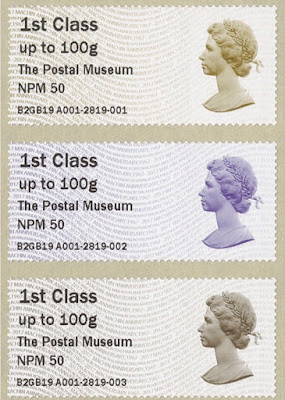 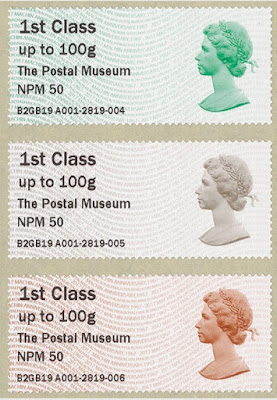 🇫🇯 In a comment at the end of Blog 1380 eyeonwall has kindly shared the information that Fiji Post will release an issue on the subject of the Chinese New Year, Year of The Pig, on 1 February 2019. No other details are available yet. Many thanks to eyeonwall for the information.

🇵🇬 PNG Post, the postal service of Papua New Guinea, is planning to release the following new issues during 2019:- 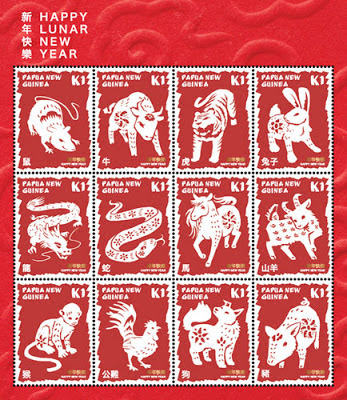 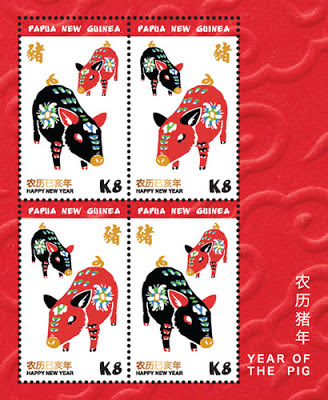