🇧🇲 The Bermuda Post Office issued an excellent set of 4 stamps on 20 December 2018 which commemorated the Centenary of the Royal Air Force and which depicted  Bermudan Air Force veterans who had taken part in the First World War (Rowe Spurling) and the Second World War (Geoffrey Osborn, Hugh Watlington and Alan 'Smokey' Wingood). This is an interesting set which relates an international anniversary to local people in Bermuda. Rating:- *****.

Thanks to Gene W who drew my attention to this issue. 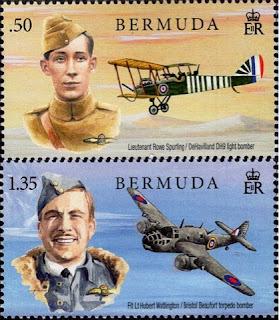 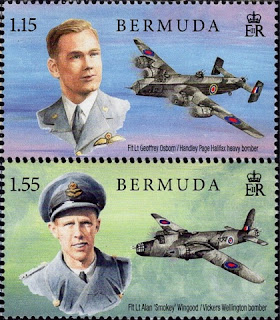 🇮🇲 It is very regrettable to me that the postal services of the British offshore islands plus Gibraltar have chosen to release patently excessive numbers of new issues in recent years though I understand that they are almost certainly under pressure from their organisations to maximise financial profits as much as possible and therefore contribute their share to the postal administrations' budgets. Some of the stamps they issue are excellent and many designs are highly praiseworthy but sadly I do not wish to buy most of them because there is little reason for them to be issued and some at least have subjects with little or no relevance to the territories themselves. Thus we ask ourselves, "What is the connection between The Isle Of Man and Chinese New Year?" The answer is that I don't believe there is any. And yet the Isle Of Man Post Office intends to issue 4 stamps on 22 January 2019 to commemorate the Chinese New Year which will be, as we all know by now, the Year of The Pig.
Infact the new stamp designs are really rather nice pictures of pigs by Zhang Yong with the text being added by The Naughton Group and the overall design being claimed by EJC Design (with so many designers/artists claiming credit, and no doubt a fee as well, there's no surprise that the total face value of the set is as high as £7.91p) and the issue was lithographed by Lowe Martin and perforated 13.5. Rating:- 0. 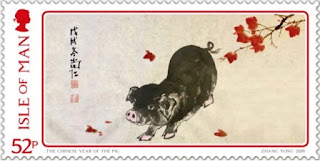 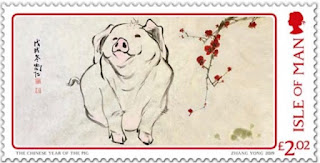 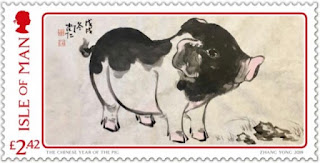 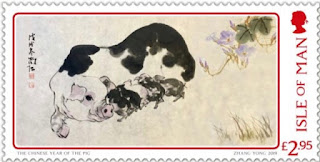 Then, just 7 days later, on 29 January 2019, there will be another issue made up of 6 stamps with a total face value of £7.89p on the subject of Buses of The Isle Of Man, issued again for no particular good reason other than to try to screw another £7.89p out of collectors' pockets. The tragedy is that it is yet another well designed and attractive set, this time by Peter Hearsey with EJC Design and Richard Davis also getting in on the design credits and (no doubt) fees but it's just yet another issue from a postal administration desperate for cash. The stamps were lithographed by Lowe Martin and are perforated 13. Rating:- 0. 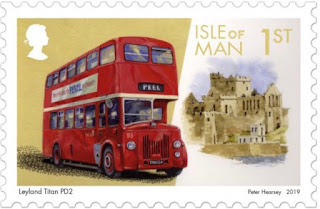 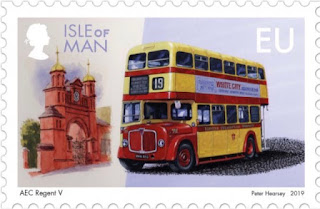 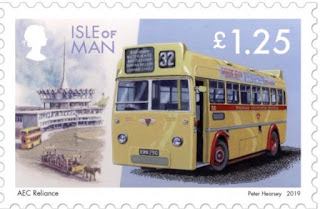 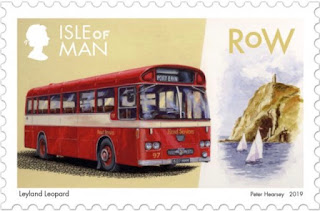 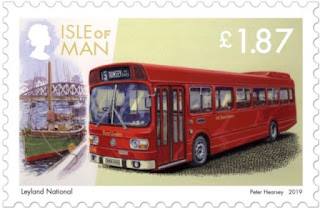 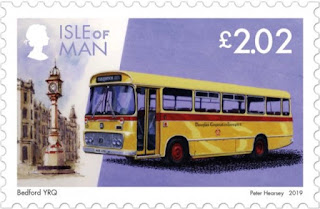