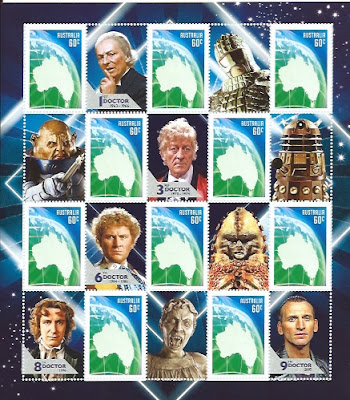 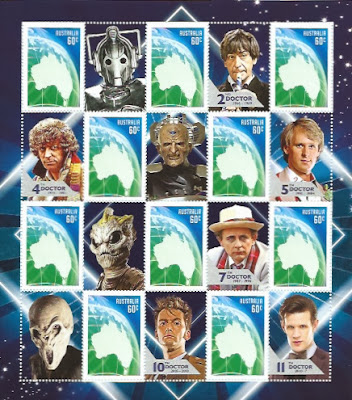 Posted by White Knight at 04:49 No comments: 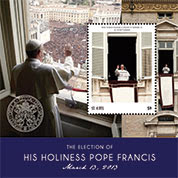 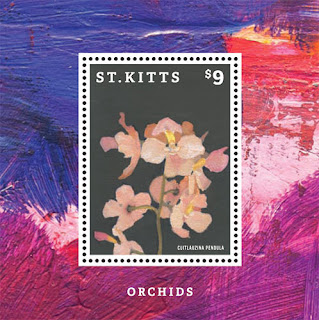 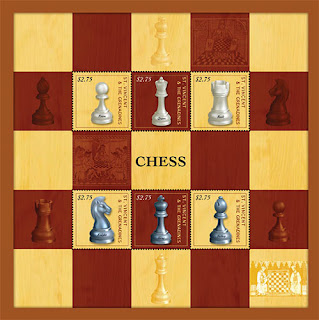 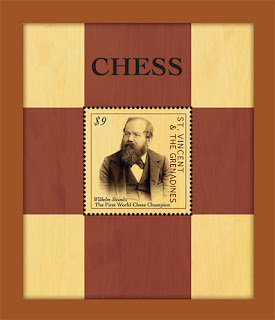 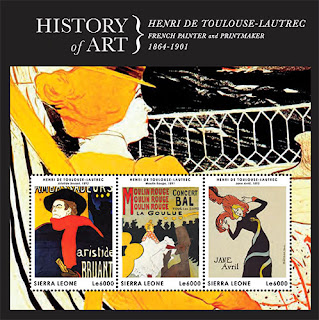 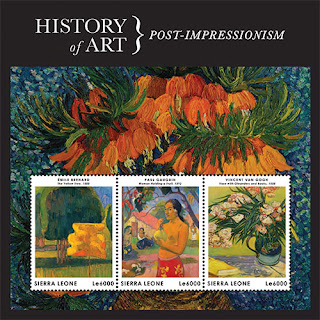 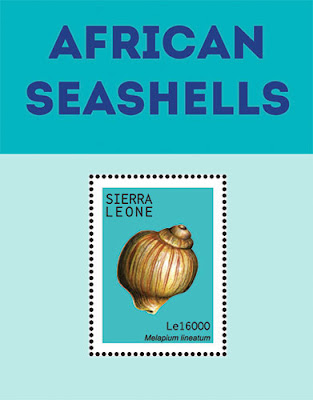 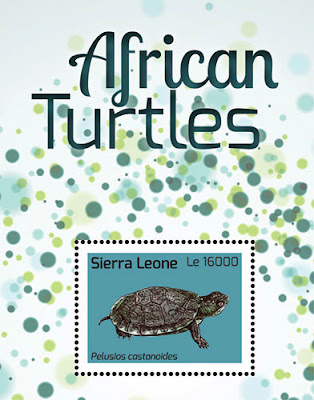 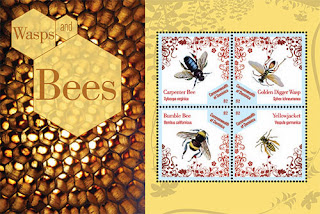 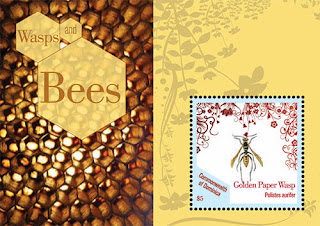 Posted by White Knight at 03:47 No comments: 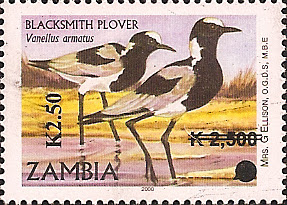 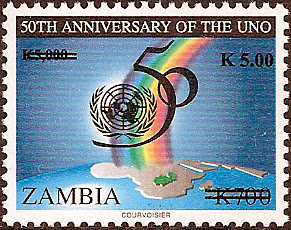 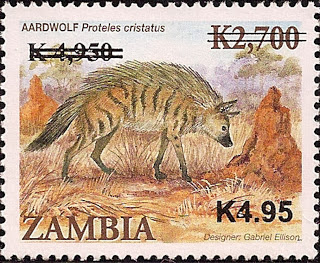 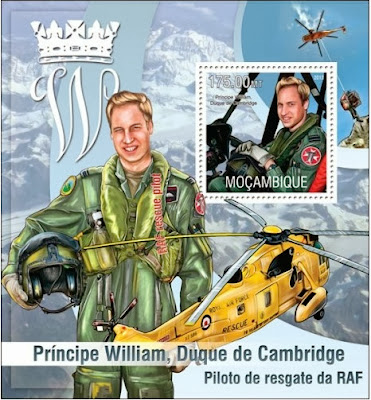 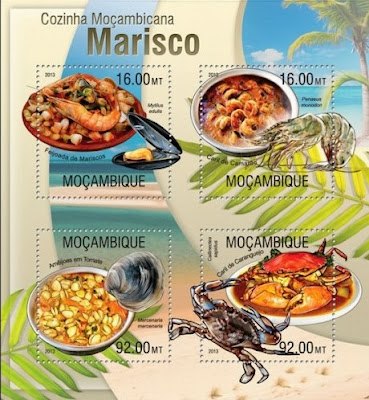 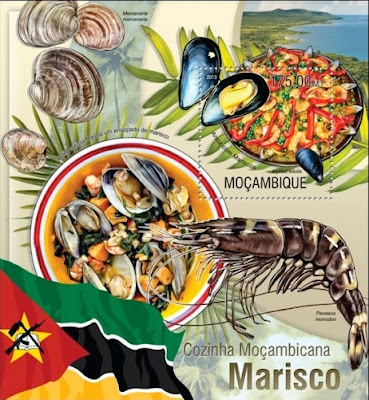 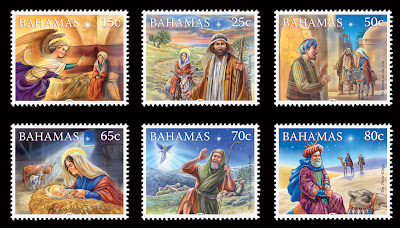 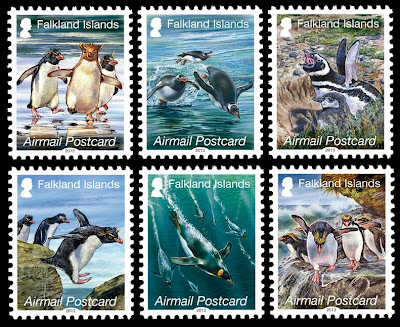 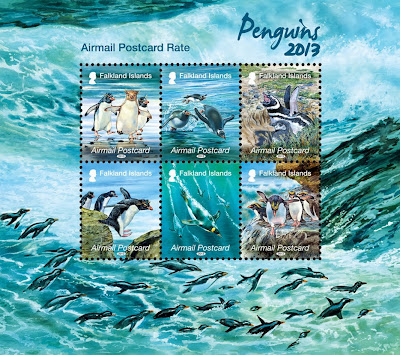 Posted by White Knight at 06:04 No comments:

Canada issued a single self-adhesive stamp in booklets of 10 and an accompanying miniature sheet to commemorate the birth of Prince George Of Cambridge on 22 October 2013. The stamp features the Duke and Duchess of Cambridge with their baby son in a photograph actually taken by the child's grandfather, Michael Middleton. The choice of using a true family photograph for the stamp design is charming even if the quality of Mr. Middleton's photography has been criticised - Canada Post notes that the design needed "only a few touch-ups to correct the backlighting". The miniature sheet contains 2 gummed versions of the stamps with the margins featuring an image of the Peace Tower in Ottawa illuminated in blue lights to note the birth of a baby boy. I think this is the best "Royal Baby" issue to appear on the market so far.

Fiji has also issued a set of 4 stamps to commemorate the royal birth although I do not yet know the precise date of issue:- 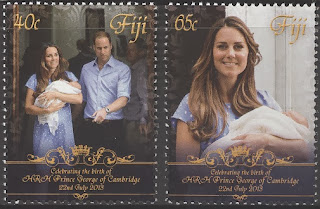 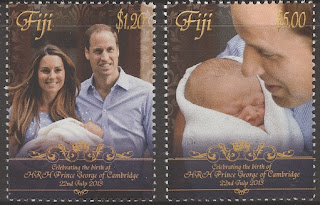 Following on from the Christmas 2013 issue from Tristan Da Cunha which I mentioned in Blog 306 and which depicted local churches, a similar issue is to be released by Ascension Island on 18 November 2013. The designs depict the local Anglican and Catholic Churches as well as 2 stained glass windows,and were designed by Bee Design and Kerry Benjamin and lithograph printed by BDT International:- 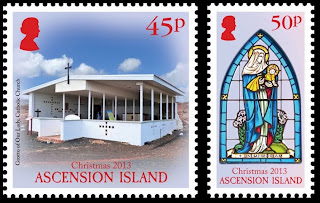 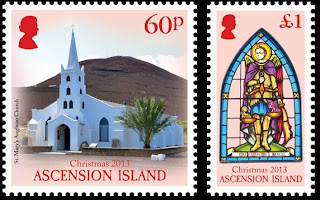 Another small island church will be featured on a set of 6 stamps to be issued by South Georgia And The South Sandwich Islands on 24 December and will commemorate the centenary of the building of the Whalers' Church in Grytviken. Again, this set is designed by Bee Design and lithographed by BDT International:-

A reprint of the 20c value of the Cayman Islands "EmergencyServices" set has been released with "2013" imprint in the lower margin:-

The latest set from Mauritius is comprised of 3 stamps and is on the subject of local Flora and Fauna. For collectors of birds on stamps, the Rs18 value features a Mascarene swallow. The stamps were designed by a Mauritius Post and lithographed by BDT International and issued on 30 August 2013:-

A recent issue from Uganda, said to have been released on 20 September 2013 but which was certainly not on sale at the Kampala Stamp Bureau when I visited it on 26 September 2013, is a set of 4 stamps which commemorates the 2012 Olympics medallist, Stephen Kripotitch , a Ugandan who was the winner of the men's marathon:-

Another reprint with a 2013 imprint, this time the 30c value of the Saint Lucia "Fruit"definitive set, has been issued although I do not know the actual date of issue at present:-

Posted by White Knight at 04:36 No comments: