🇧🇼 Botswana Post has issued a set of 5 stamps and 1 miniature sheet depicting the 'Big Five' mammals which tourists try to see when visiting the country to go on safari. I do not yet know the date of issue. The issue was designed by Wilson Ngami, Jacob Disele and Ditsalupo Mogapi but each picture has been used on a stamp from previous issues (individual sets on lions, leopards, rhinos, elephants and buffalo) which seems like a bit of a cheek to me. The set itself however is quite attractive. Rating:- ***. 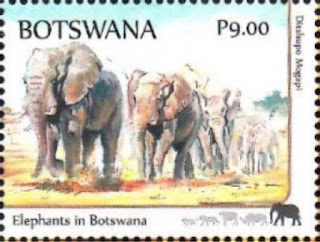 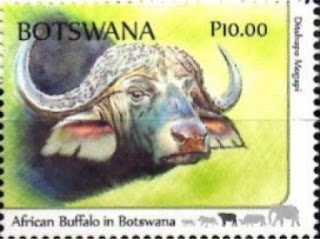 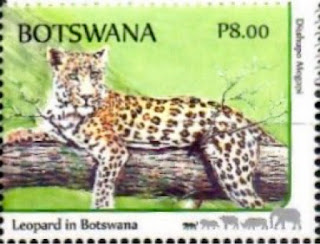 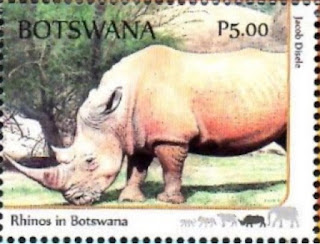 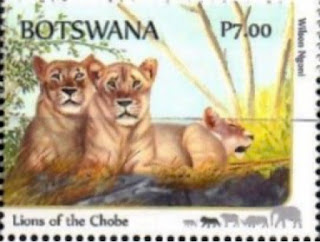 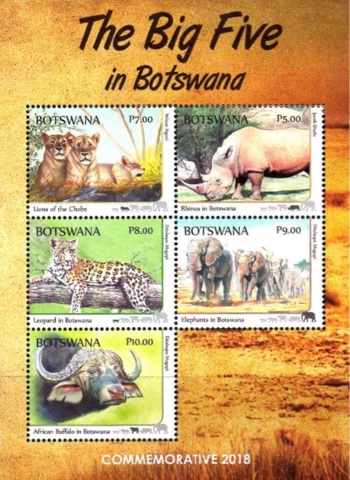 🇨🇦 Following on from the 2 issues detailed in Blog 1368 Canada Post has now introduced its Year of The Pig stamps which are due to be released on 18 January 2019. The colourful and pleasing designs, by Albert Ng O.Ont and Jai Paek, feature Zhu Baije, a character from the 16th century Chinese novel, Journey to the West in which the hero is banished from a powerful position in Heaven and is reborn as Pigsy who is half-human and half-pig. The stamps depict Pigsy, one in armour, involving himself in a vast muckrake.
The set is made up of 2 self-adhesive stamps sold in booklets (10 x P and 6 x $2.65c), 1 miniature sheet containing a single $2.65c value and a second miniature sheet containing the $2.65c value plus a Year of The Dog stamp to mark the transition between the 2 lunar zodiac years.
What a fun set! Rating:- *****. 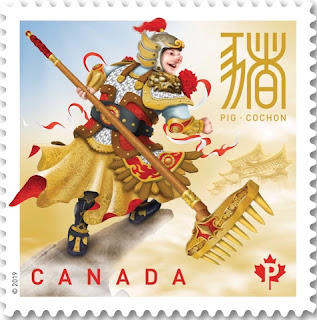 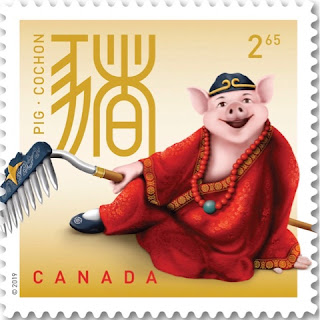 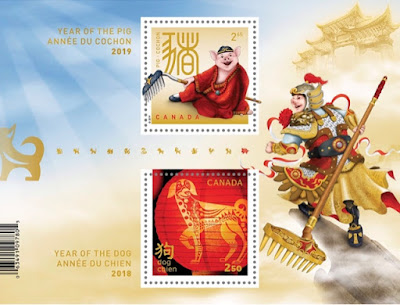 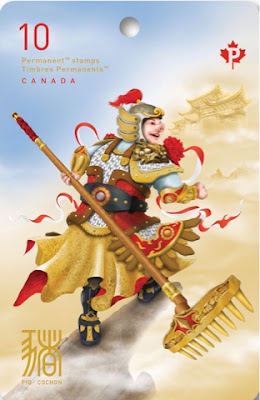 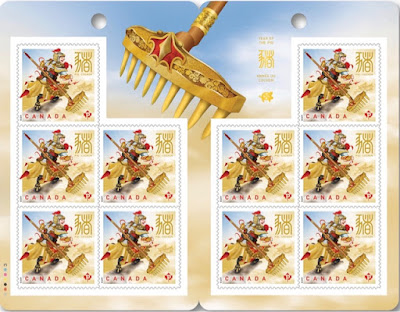 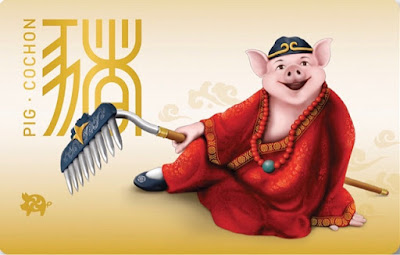 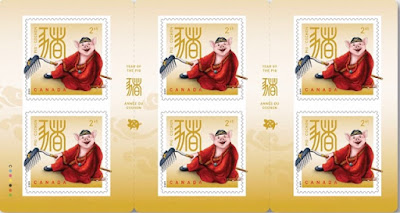