🇨🇦 Canada Post issued a single P value stamp in self-adhesive form sold in booklets of 10 on 25 January 2019 to commemorate Black History Month. The stamp depicts Albert Jackson who is thought to have been Canada's first black postman appointed in Toronto in May 1882. Jackson had been born into slavery in The United States in 1857 but his mother had brought him across the border fleeing from the United States while he was still an infant.

When he first took up his job his white colleagues refused to train him and he had to take another job as a hall porter. When news of the way Jackson had been treated the black community of Toronto rallied behind him and when the details of his case reached Sir John A Macdonald, then the Canadian prime minister, he was reinstated in his original post and began his training on 2 June 1882 working at the post office for 36 years until his death in 1918.
The stamp was designed by Andrew Perro from an illustration by Ron Dollekamp. Rating:- *****. 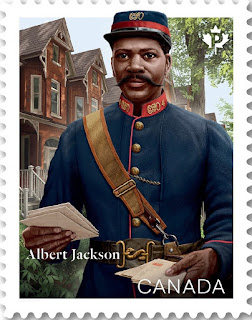 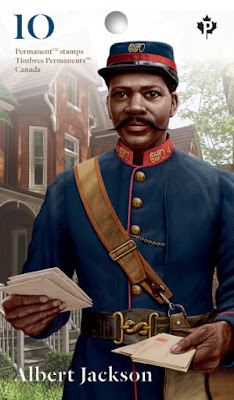 Canada Post will next issue 2 self-adhesive stamps on 14 February 2019 (St Valentine's Day) of which the subject will be Gardenia flowers. The stamps will be sold in booklets of 10 and in coils and there will also be a gummed miniature sheet containing the 2 stamps. The issue was designed by Andrew Conlon and Lionel Cadoury of Context Creative from art by Chantal Larocque. Rating:- *****. 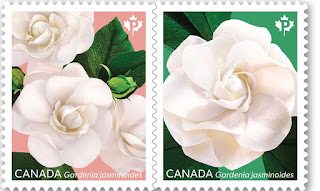 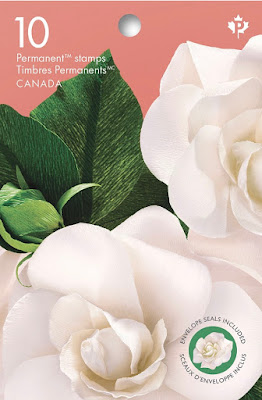 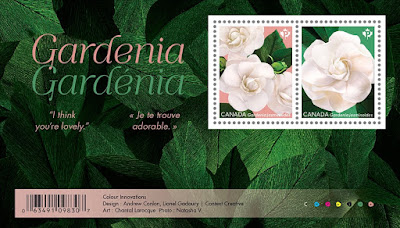 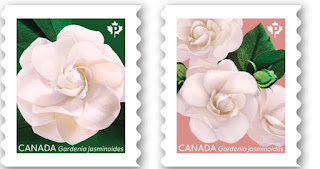 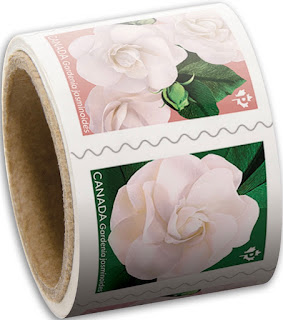 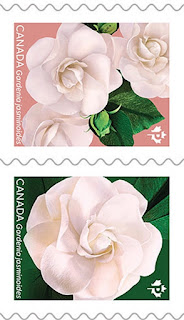