🇯🇪 Jersey Post will issue a new strip of 6 Post and Go stamps on 13 February 2019 on the subject of 'Durrell - Saving primates'. The issue was designed by Andrew Beckett and printed digitally. The issue will be launched at Spring Stampex 2019 and dispensed there from kiosk JE01 as well as kiosk JE02 situated at the Broad Street post office in St Helier. Rating:- ****. 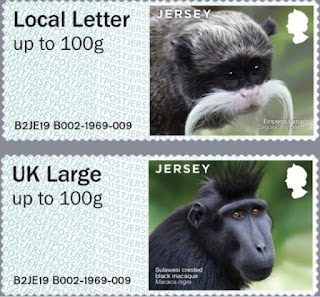 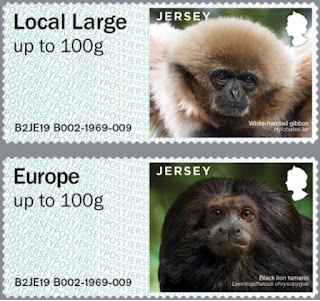 At Spring Stampex kiosk JE01 will also dispense the Jersey Flag Post and Go stamps with an additional appropriate inscription 'Spring Stampex 2019' and an illustration of Spring flowers. The philatelic bureau will sell the stamps from 'back office' kiosk BO02.
A new counter-top unit, JE03, will be introduced at Stampex and will dispense the Nautical Knots Post and Go stamps as well as the Flag stamp with the same additional inscription as that dispensed by Kiosk JE01. These items dispensed by unit BO02 will also be sold by the philatelic bureau.
Previously Jersey Post will release a set of 6 stamps and 1 single-stamp miniature sheet on 5 February 2019 to commemorate Sir Walter Raleigh who was the Governor of Jersey from 1600 to 1603. I can only assume that this is a belated attempt to commemorate the 400th anniversary of Raleigh's death - he was executed by orders of King James I on 29 October 1618. Raleigh was a great English adventurer, writer, poet, explorer, soldier, politician and spy and certainly deserves to be commemorated on a postage stamp and in earlier and different times may well have had a Royal Mail set to commemorate his quatercentenary.
The issue was designed by True North and lithographed with spot metallic printing. Rating:- *****. 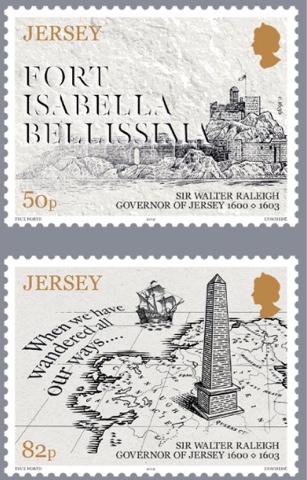 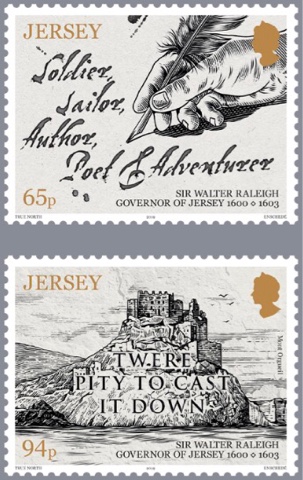 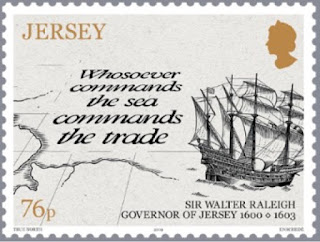 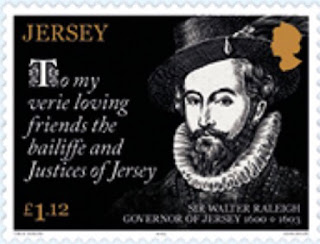 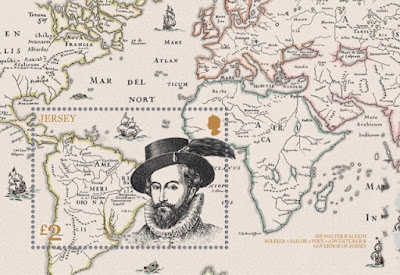 🇹🇷 The postal service of The Turkish Republic Of Northern Cyprus issued a pair of stamps on 13 December 2018 on the subject of Outdoor sports - canoeing and cycling. The attractive issue was designed by GK Sönmezer and lithographed by Bolan Dijital Baski Ltd. Rating:- ****. 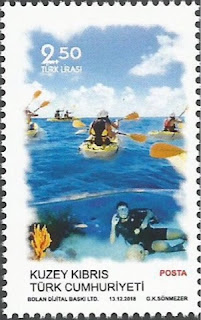 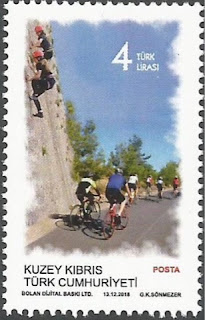