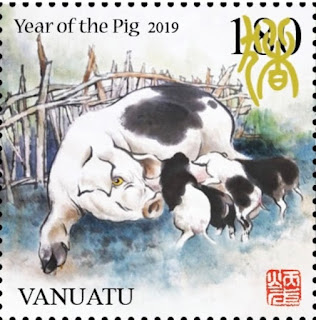 🇨🇰🇹🇴🇻🇺 The US-based philatelic agency, Philatelic Collector Inc., has released details of the mini-omnibus issue it has produced on the subject of Chinese New Year on behalf of its client postal administrations and their subsidiary territories. The various items are colourful and cheerful if nothing else and are all stated by the agency to have been issued on 10 December 2018. The philatelic items have the names of the following entities printed on them - Cook Islands, Aitutaki Cook Islands, Penrhyn Cook Islands, Tonga, Niuafo'ou and for the second consecutive year, an issue for Vanuatu which up until now has not been a regular customer of Philatelic Collector Inc.. The agency website is currently depicting only 2 ordinary stamps as having been released for each territory but it seems unlikely that the agency will have missed the chance of making more money from this issue by the production of various miniature sheets - time will tell I suppose. Rating:- 0. 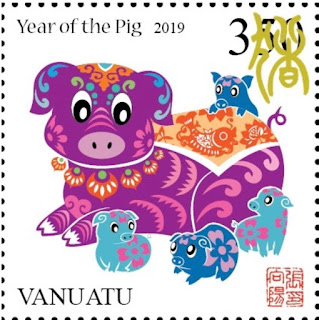 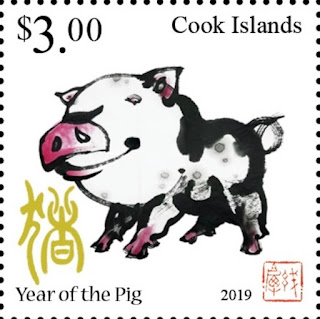 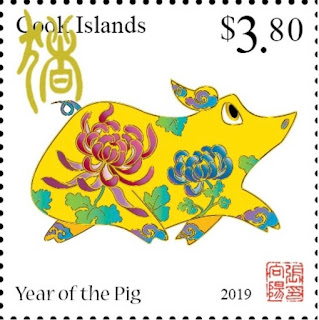 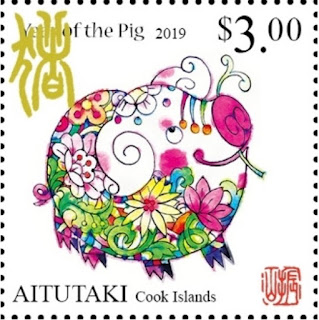 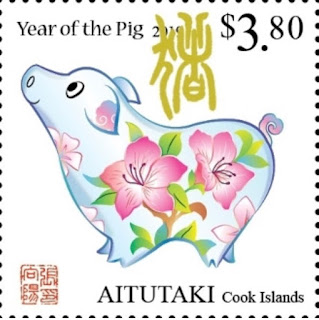 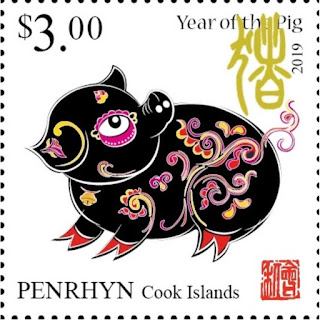 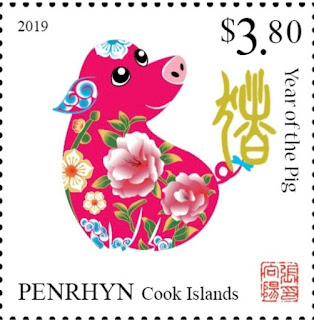 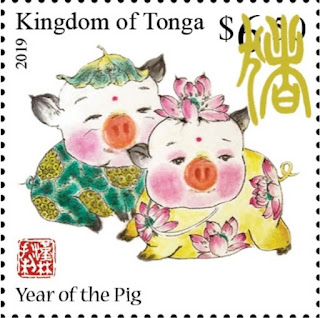 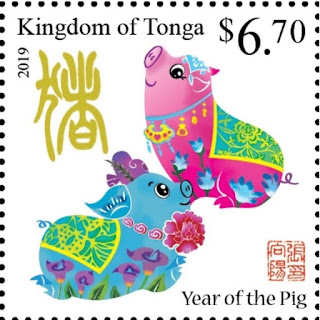 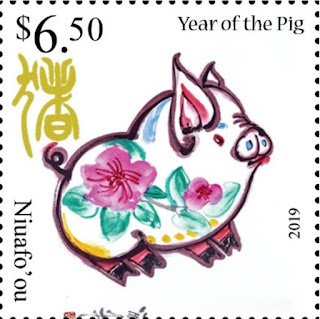 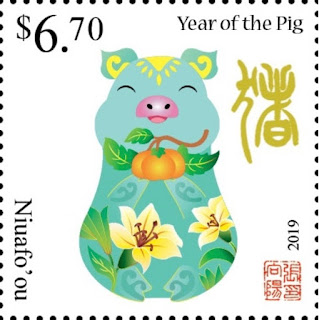 🇮🇳  India Post issued a single stamp with an interesting and unusual design on 30 January 2019 on the subject of 'Financial Inclusion'. I have no idea what the abstract design is trying to say but I do like the stamp when I compare it with most of the dull and dreary new issues which usually emanate from India Post. Rating:- *****. 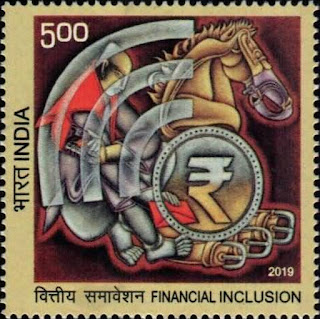 India Post released a Rs2 addition to its present definitive series on the subject of notable Indians which depicts the former prime minister Atal Bihari Vajpayee who led the country from 16 - 1 June 1996, and 19 March 1998 to 22 May 2004. The stamp is said to have been released in the latter part of December 2018. Rating:- **. 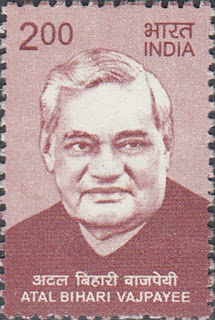