1386. 🇬🇮 Gibraltar Adds To Year Of The Pig Deluge. 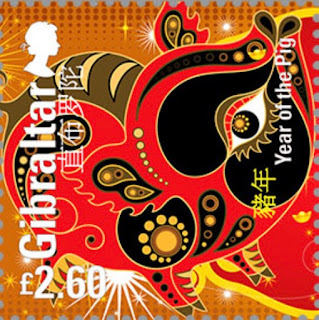 🇬🇮 The unending number of Year of The Pig stamps is becoming duller than the ceaseless chatter of media pundits on the subject of Brexit. And it never seems to come to a close. Now the Royal Gibraltar Post Office has announced the release of a pair of £2.60p stamps on 30 January 2019 to commemorate the Chinese New Year. Ho hum. This expensive issue with no obvious relevance to Gibraltar was designed by Stephen Perera from illustrations by bajena and siewhoong @ istockphoto.com and lithographed by Cartor. Rating:- 0. 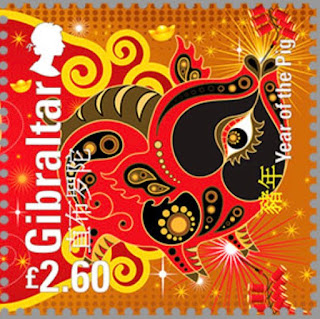 🇧🇼 The set of 5 stamps and accompanying miniature sheet on the subject of the Big Five from Botswana Post which I mentioned in Blog 1369 were issued on 22 November 2018. 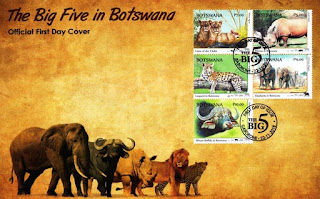 🇬🇧 The Royal Mail stand at Spring Stampex 2019 will sell from 13 February 2019 the 'Stamp Classics' miniature issued earlier this year with an additional inscription at the lower left and in a limited edition of 6000 stamps. Similar items have been sold at recent previous Stampexes and from what I could see the sales of the items seemed to be particularly slow. Rating:- 0.

The complete pane containing Machin Head definitives from the Da Vinci booklet due to be issued on 13 February 2019 (see Blog 1383) is depicted below. The code on the stamps will be M18L MPIL:- 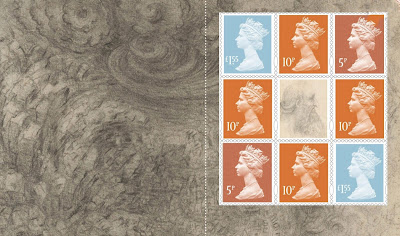 🇧🇹 Bhutan Post issued a miniature sheet containing 4 different stamps and another containing a single stamp on 1 February 2019 on the subject of Mammals of Bhutan. As usual this is an attractive set on a strictly local theme. Rating:- *****. 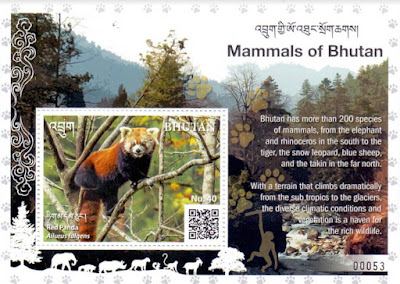 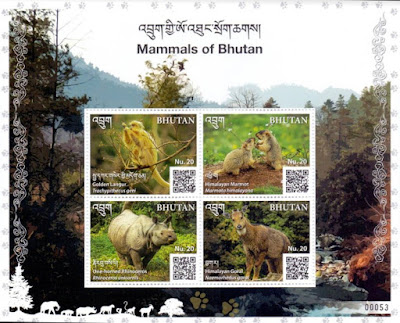 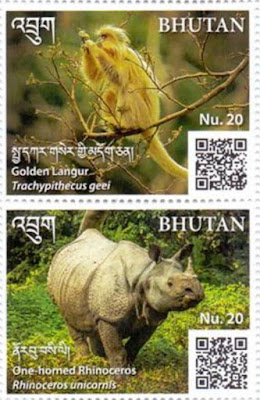 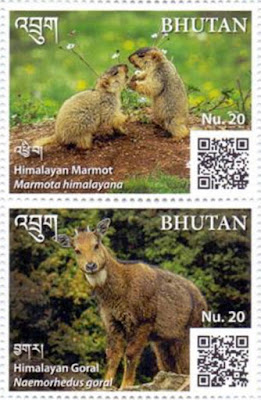