🇫🇰 At a time when it looks like new issue collecting is in dire straits what with the activities of Stamperija and IGPC and Philatelic Collector Inc and Royal Mail's Marvel Comics stamps there's always that little beacon of hope in the form of the issues produced by Creative Direction and sold through Pobjoy Stamps on behalf of Britain's overseas territories in the South Atlantic and Antarctic not forgetting Bahamas and the British Virgin Islands. So we have news of the latest issue from the Falkland Islands postal service - a simple 4 value set illustrating Local ship wrecks, the third in an ongoing series. Using beautifully chosen photographs by Tony Chater as their designs the issue was lithographed by Cartor and is perforated 13 x 13.5. An excellent set which will be released on 4 March 2019 - Rating:- *****.
Thanks to Juliet Warner of Pobjoy Stamps for information about this issue. 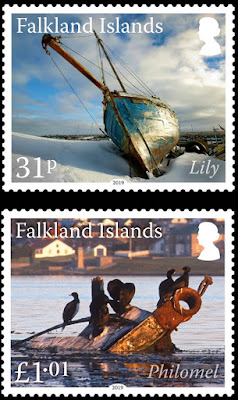 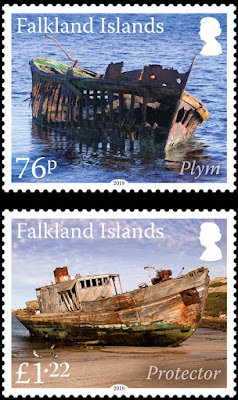 🇳🇿 New Zealand Post has put its Personalised Stamps pack for 2018 on sale at a cost of NZ$37.20c for unused stamps or NZ$38.70c for the stamps used on covers dated 31 December 2018. The pack of unused stamps contains 20 gummed stamps and 14 self-adhesive stamps and some are illustrated below. I like these annual packs as the subjects of some of the stamps are splendidly parochial and tell the collector a lot more about New Zealand than 10 stamps depicting Marvel Comics characters tell the collector about Britain. Meanwhile collectors of stamps featuring Mahatma Gandhi will be interested that there is a Gandhi stamp included in this pack. Rating:- ***. 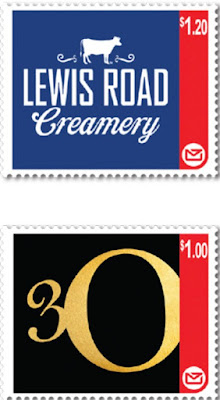 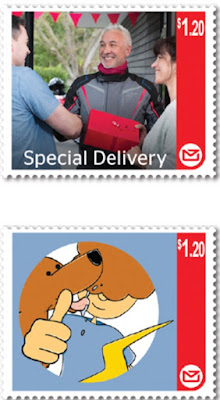 🇨🇾 The first stamp issue of the year from Cyprus Post will be released on 20 February 2018 to commemorate the Carnival there. The two stamps were designed by Menalis Eustathidou and lithographed by Baltic Banknote High Security Printing. Not the most exciting of issues but quite colourful if nothing else. Rating:- **.