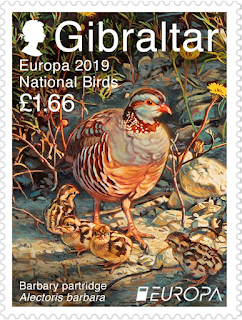 🇬🇮 The Royal Gibraltar Post Office released its second issue of 2019 on 5 February with its contribution to this year's Europa omnibus series which is on the subject of National Birds. The issue is made up of 2 stamps and 1 miniature sheet which combines the 2 stamps and features the Barbary partridge, the national bird of Gibraltar (see Blog 1263). By scanning the stamp the bird's call can be heard. Rating:- ***. 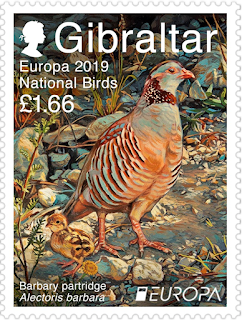 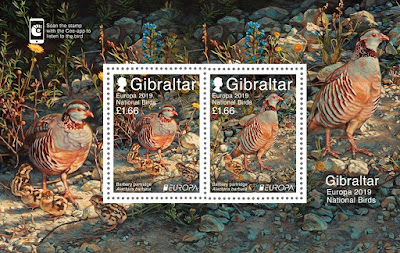 🇮🇳 India Post issued a single stamp to commemorate the Kumbh Mela Festival at Prayagra on 2 February 2019. The stamp was wet offset printed by the Security Printing Press at Hyderabad. Another colourful and interesting new stamp from India Post. Rating:- ***. 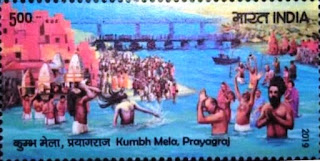 🇲🇼 The postal service of Malawi was said to be planning to issue a sheetlet of 6 stamps plus some single stamp miniature sheets on the subject of Insects on 5 February 2019 and an example of the sheetlet is being offered for sale on an Internet auction site. The stamps are inscribed with the date '2018' which begs the question of whether or not the issue was actually released last year. However the 2018 issue of 'Translocation of elephants ' was made up of stamps dated '2017' so it is not possible to know reliably which year recent Malawi stamps have been issued if one solely accepts the evidence of the year imprinted on the stamps. Rating:- ***. 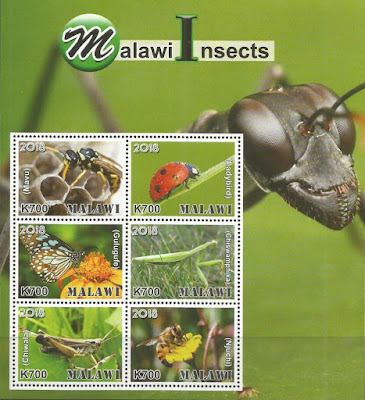