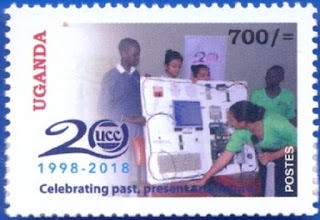 🇺🇬 The postal service of Uganda issued a set of 4 stamps on 1 January 2019 to commemorate the Uganda Communication Commission which was established in 1998. The stamps are interesting in that they are inscribed with the word Postes rather than postage, some French influence perhaps? This is the first new issue from Uganda since a set of 13 stamps depicting local primates (apes and monkeys not bishops) was issued on 15 May 2017. Rating:- *****. 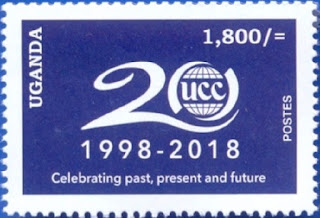 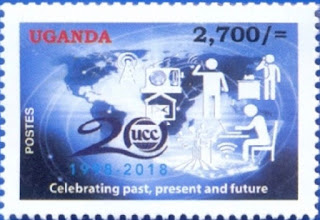 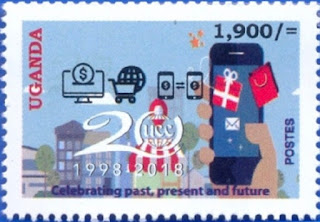 Interesting new issues from the postal services of countries which were part of the British Empire or in special relations with it but which did not join The Commonwealth:-

🇲🇲  Myanmar postal service - 5 February 2019 - Htamanai Festival, harvest festival of the 11th month of the Myanmar calendar and the seasonal flower, the flower of the butea frondosa (flame of the forest tree) - 1 stamp. See Blog 1365. Rating:- *****. 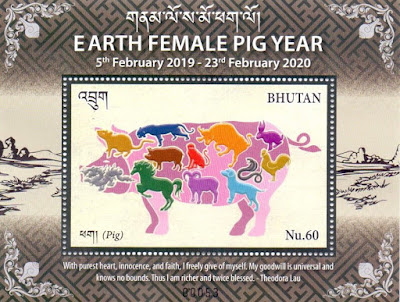 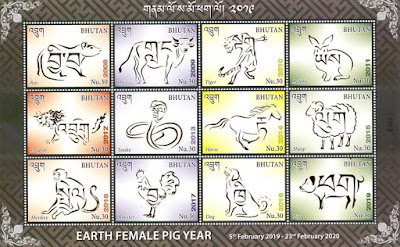 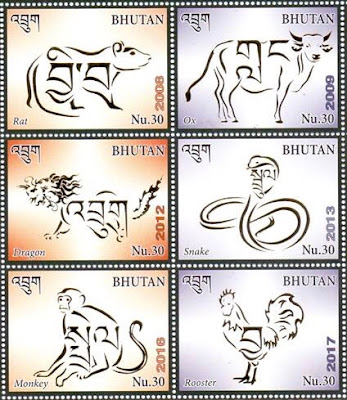 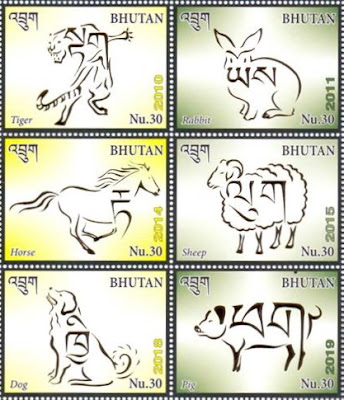