For anyone keeping up with Commonwealth definitive stamps, a recent issue from Nevis will cause some concern - 2 postage and revenue stamps have been released with a total face value of £58.48p. The $100 value shows the old badge of Nevis which depicted women in classical dress at a medicinal spring while the $150 dollar shows the current coat of arms of St. Kitts and Nevis. Presumably these stamps will receive most usage serving revenue needs and one does not imagine that postal use will be more than minimal. 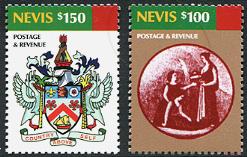 Elsewhere in the Caribbean, Antigua and Barbuda have continued with the never-ending outpouring of stamps which depict the late Diana, Princess Of Wales. The excuse for such an issue on this occasion is to mark the 15th anniversary of the princess's death. I wonder how much longer the agencies which produce these items will continue to exploit Diana's name in the cause of making money from such "issues". 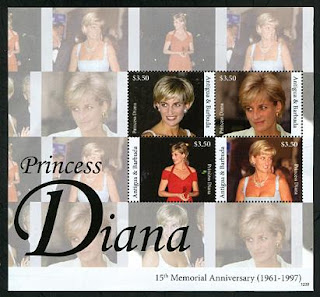 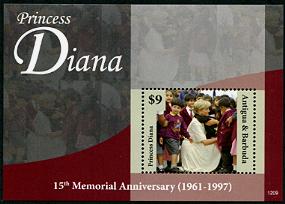 The territory has also had a sheetlet of 6 stamps plus a miniature sheet released for it to commemorate the birth bicentenary of Charles Dickens. As with the other territories which have issued stamps on the subject which have been mentioned in previous blogs, I find such an issue much more appropriate than continuing stamp releases to commemorate current celebrities or the unfortunate Princess Diana - as one of the greatest writers of English language literature, Dickens is a worthy subject for commemoration on such a notable anniversary in any country where English is the first language. 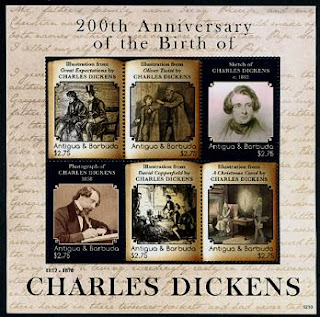 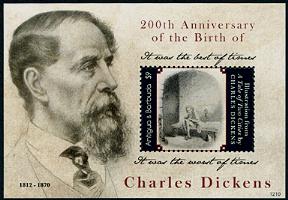 Two interesting new issues have appeared from Pakistan - a sheetlet of 8 stamps which depict children's art:-

and a single stamp issued on 15 June 2012 which commemorates the 50th anniversary of the Ayub Bridge. I particularly like the design as it shows dolphins splashing in the water under the bridge and birds flying over it - a clever design feature which turns a picture of a rather dull construction into an illustration with a bit of life in it. 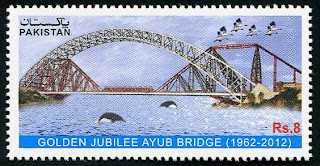 The menacing-looking mascot of the London Olympic Games makes another appearance on a set of stamps issued by Singapore recently to commemorate the Games. What can one say about the creature? 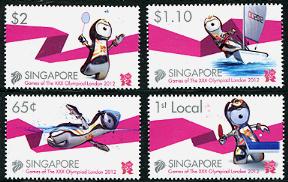 Further philatelic exploitation in the form of yet another set of stamps which commemorates the Titanic disaster and seeks to cash in on the death of hundreds of people 100 years ago. This time Ascension has released a set of 4 stamps and a miniature sheet on 1 August 2012 although, once more, the tragic event occurred in a completely different part of the Atlantic Ocean from where Ascension Island is located. It seems that if you are to run a philatelic agency, the possession of bad taste is essential and the ability to shamelessly and cynically exploit anything, no matter how tragic, which may make a quick financial profit is the highest qualification required. 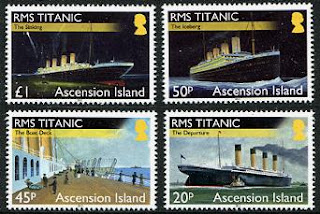 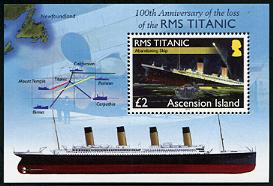