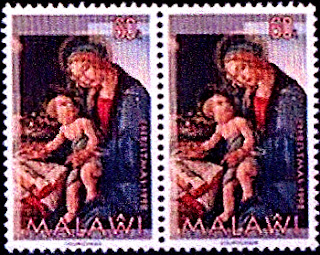 Two sets of the Christmas stamps which were issued on 15 December 1998 by Malawi have been sold on E Bay for £125. The stamps, sold as pairs, attracted more than 30 bids. This is the first time since they were issued 14 years ago that I have ever seen a set offered for sale and their rarity was clearly reflected in the number of bids made for them and the price paid by the eventual winner of the auction. The pairs of stamps as sold are illustrated here. 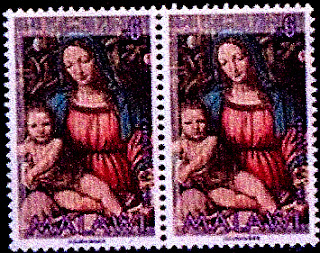 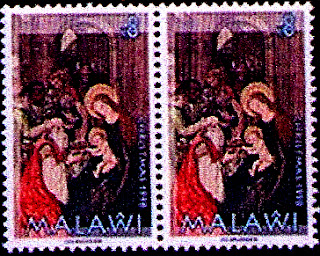 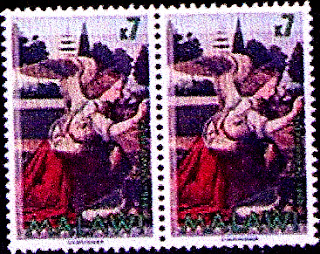 Malawi's first Christmas stamps, a set of 4 plus a miniature sheet, were first issued on 1 December 1964 and issues were made annually thereafter until 12 December 2000 when 3 stamps were issued and no more Christmas stamps appeared until 20 December 2010 when a set of 4 stamps was released. The 1998 set was not distributed by normal philatelic channels and presumably there is a stock of these stamps waiting to be released on to the stamp collecting market. I wonder if more will now follow or if this set of stamps will remain one of the great modern Commonwealth stamp rarities.