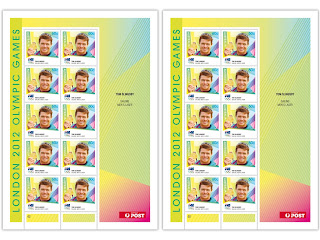 Australia has finally won its second gold medal in the 2012 London Olympic Games with the victory of Tom Slingsby in the Sailing men's laser event and Australia Post will therefore produce the second of its gold medal winners series during the next 48 hours. Once more the Australia Post website features a double-sheetlet and advertises the item at a price of $12. 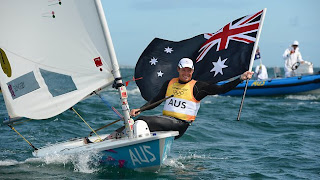 Not to be outdone Royal Mail will also issue another gold medallist miniature sheet on 7 August commemorating the victory of the British team in the Equestrian team show jumping event, the four members of the team being Nick Skelton who rode Big Star, Ben Maher who rode Tripple X III, Peter Charles who rode Murka's Vindicat W and Scott Brash, the rider of Hello Sanctos. This was the first British gold medal victory in the Olympics show jumping event in 60 years. 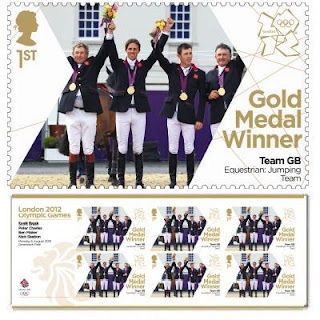 An 18th miniature sheet will be issued to commemorate the victory of Jason Kenny in the Cycling men's sprint event. This is Jason Kenny's 2nd gold medal of the London Olympics. 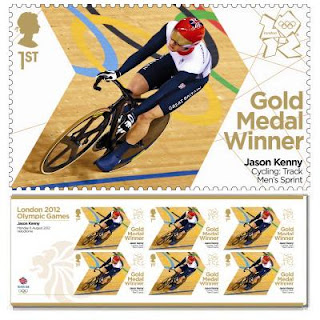