Further gold medal victories on Saturday 4 August mean that the 500+ British post offices designated for the sale of Gold medal winner stamps must open on a Sunday to sell the newly printed stamps which will be issued that day. Britain's 9th gold medal was won by Alex Gregory, Pete Reed, Tom James and Andrew Triggs Hodge in the Rowing men's four:- 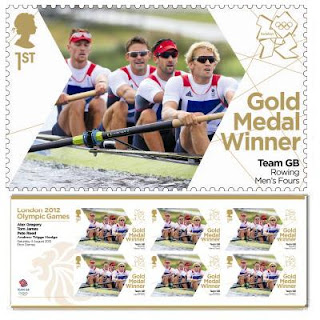 and the 10th gold medal by Katherine Copeland and Sophie Hosking in the Rowing women's lightweight double skulls:- 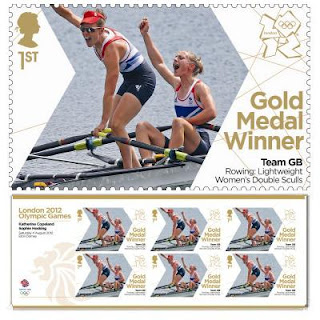 and the 11th gold medal was won by Dani King, Laura Trott and Jo Rowsell in the Cycling women's pursuit race:- 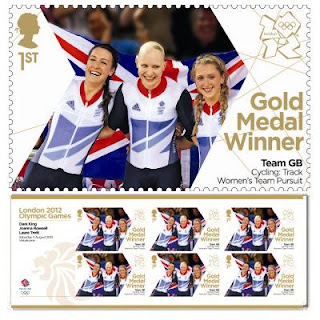 This race was particularly interesting in that it was won in world record time and on the way to the final the British women had beaten the world record 6 times.
A 4th stamp will be issued to commemorate the gold medal victory of Jessica Ennis in the heptathlon:- 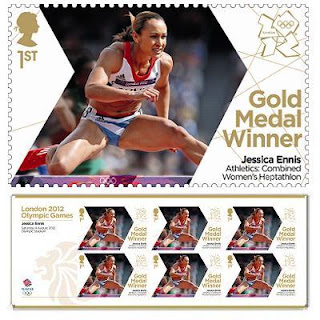 and a night of frenzied printing is guaranteed with the 5th stamp necessitated by the victory of Greg Rutherford in the men's long jump:- 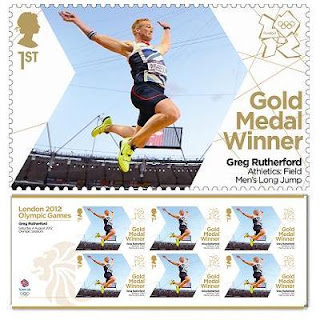 and the 6th stamp made necessary by the victory of Mo Farah in the men's 10000 metres event:- 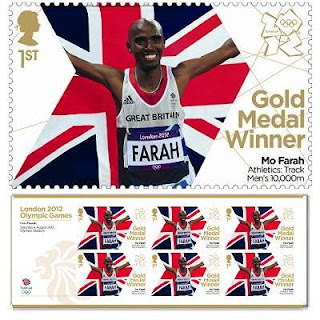 Australia have not yet won another gold medal and so the Commonwealth postal administration gold medal stamp table now reads:-

Hong Kong has issued an enjoyable set of 6 stamps, a miniature sheet and prestige booklet which depicts various dogs in government service. My 2 favourite designs are those which feature a yellow and a black labrador retriever:- 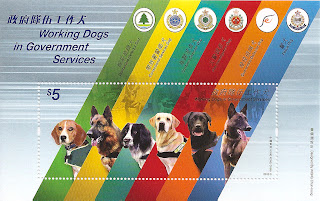