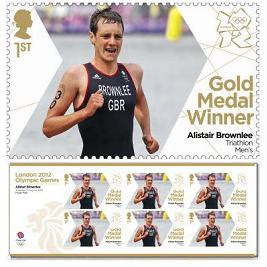 Britain then went on to surpass its Beijing gold medal total because a 20th issue was made necessary by the gold medal victory of the British Equestrian dressage team, Carl Hester, Charlotte Dujardin and Laura Bechtolscheimer:- 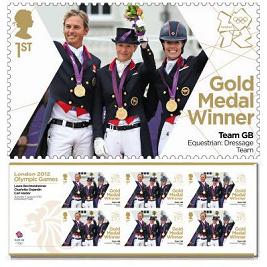 and a 21st miniature sheet will result from Laura Trott's victory in the Cycling omnium event. This was Laura Trott's second gold medal of the London Olympic Games. 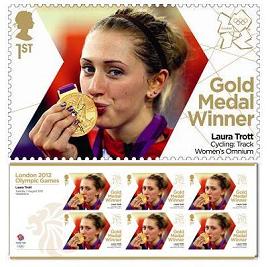 A 22nd miniature sheet will be issued to commemorate the victory of Sir Chris Hoy in the Cycling men's keirin event. This was Sir Chris' 6th Olympic gold medal having competed in 4 consecutive Olympic Games and having been knighted for his achievements after the Beijing Games. 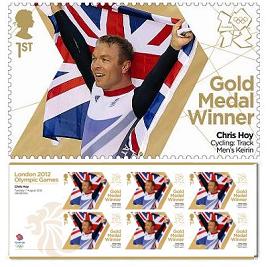 Meanwhile, Australia Post will issue a third gold medallist stamp over the next 48 hours after the victory of Anna Meares in the Cycling women's sprint final where she beat Britain's Victoria Pendleton into the silver position. 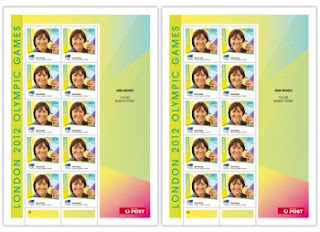 Sally Pearson won a 4th gold medal in the women's 100m hurdles event but the design of the stamp which is to commemorate this achievement is awaited. The Commonwealth postal administrations' gold medallist stamps table is therefore now:-