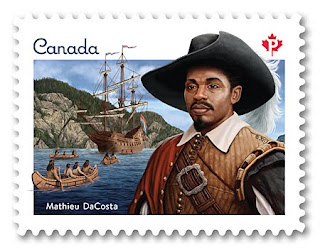 🇨🇦 Among the latest new issues to be announced by Canada Post is a single stamp in its "Black History" series on the fascinating subject of Matthieu Da Costa, who is believed to be the first person of African descent to reach Canada who is recorded in existing documents. The stamp, self-adhesive and issued in booklets of 10, was designed by Andrew Perro from an illustration by Ron Dollekamp and lithographed by Canadian Bank Note.
Documents exist which record that Da Costa agreed to work for the French fur trader, explorer and Governor of Arcadia, Pierre Dugua de Mons, in 1608, the year Champlain founded the city of Quebec. No contemporary likeness of Da Costa exists but the designers worked with the Canadian historical illustrator Francis Back to ensure historical accuracy in the design elements such as Da Costa's clothing and the depicted ship. The stamp will be issued on 1 February 2017.  Rating:- *****.

Finally, in the absence of a contemporary portrait of Da Costa, did the designers base their portrait of the pioneer on the actor, Idris Elba?:- 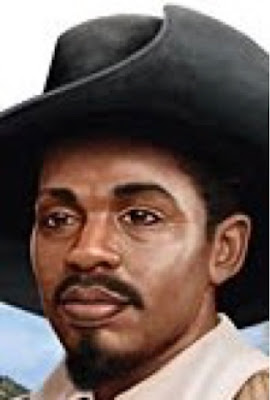 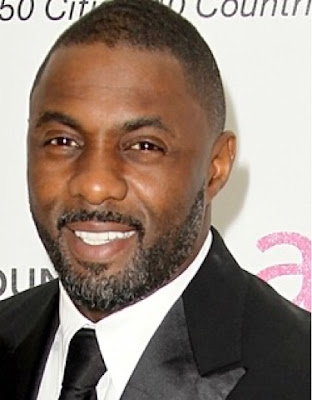 Canada Post will then issue a set of 5 stamps on 4 February 2016 on the subject of Canadian opera and featuring Canadian opera singers. The stamps will be self-adhesive and issued in booklets of 10 (2 x 5 designs) and there will be an accompanying gummed miniature sheet. The issue was designed by Parcel using illustrations by Peter Strain and printed in lithography by Colour Innovations. Rating:- ****. 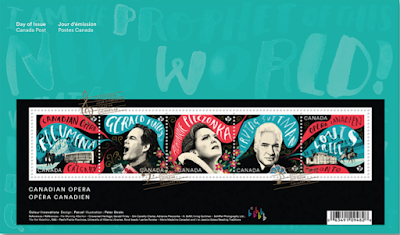 Canada Post will then issue 2 stamps on 1 March 2017 in its "Flowers" series. The subject of the issues is Daisies and they are sold in 2 forms - self-adhesive from booklets of 10 5 x 2 designs) and self-adhesive from coils - plus a gummed miniature sheet containing the 2 stamps.
The issue was designed by Debbie Adams and lithographed by Lowe-Martin. Rating:- *****. 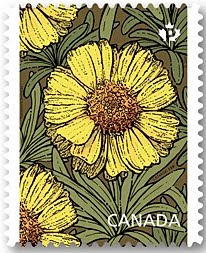 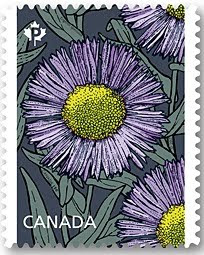 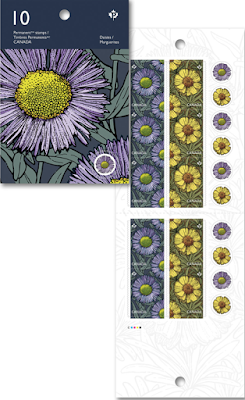 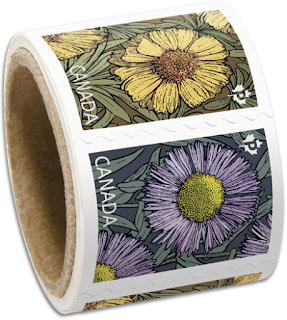 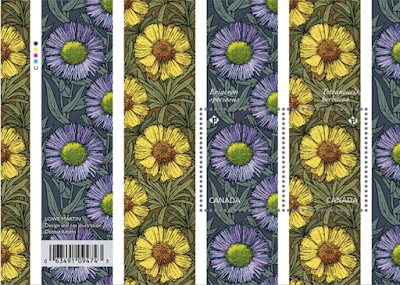 🇬🇧 Royal Mail's next issue is the £5 which commemorates the 65th anniversary of the succession of Queen Elizabeth II which will be released on 6 February 2017. Personally, I've long thought that Machin Head stamps have had their day but the Queen herself is said to like them and they give many collectors hours of fascinating study and collecting so who am I to moan about this latest offering? Rating:- ***. 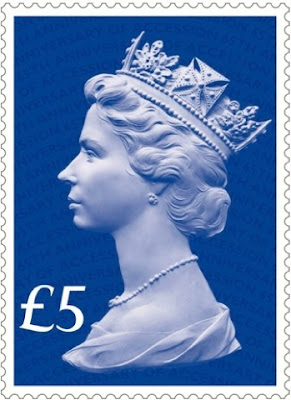 Royal Mail's first "Post and Go" issue of the year will be released on 15 February 2017 and, as previously reported, is titled "Mail by Rail". It's an excellent set and will be available in the usual formats - NCR kiosk-printed stamps from widespread post offices, IAR kiosk-printed stamps from Enquiry offices and from the Spring Stampex exhibition and from packs sold by the Philatelic Bureau. Rating:- *****. 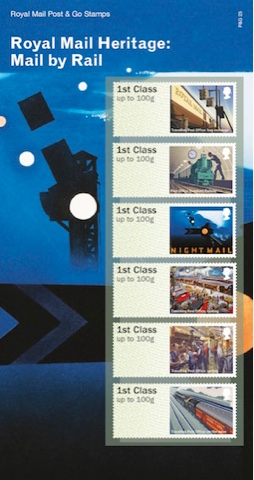 🇲🇿 Recently offered for sale on Delcampe was a very scarce set of stamps issued by the Mozambique postal service on 30 April 2004 which depicted "Minerals". I have never seen the set offered for sale anywhere before and my 1st edition of Stanley Gibbons Commonwealth Stamp Catalogue Southern and Central Africa does not quote a price for the set of four. These are not Stamperija produced items but locally designed in a very naive style and also locally printed.
The 5000M value can be found rather more often with a **33,000 MT 33,00 Mtn surcharge applied. 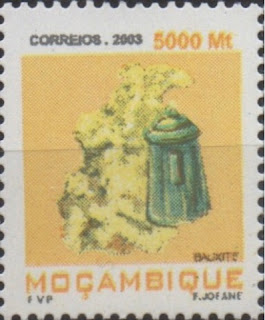 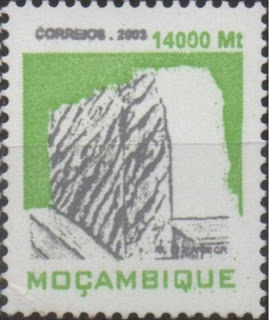 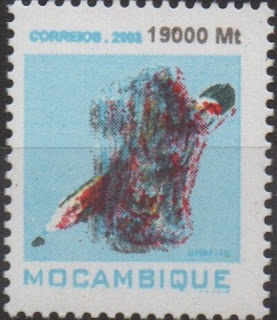 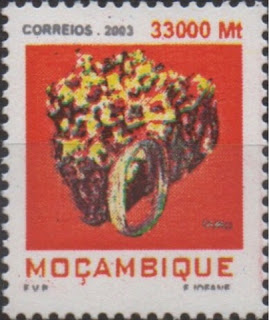 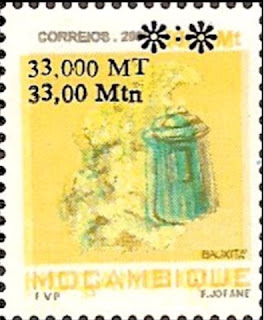