🇯🇪 Jersey Post has revealed the designs of its upcoming "Post and Go" stamps which feature shells and its Europa set which is on the subject of local castles. Both are attractive, colourful and interesting issues.
The set of 6 new "Post and Go" stamps will be issued on 15 February 2017 with the excellent designs by Nick Parlett being printed digitally by Walsall Security Printers while the indicia and location identifier are of course printed thermally by the Royal Mail post and Go machine. They are of course self-adhesive with simulated perforations.
They will be sold at Spring Stampex 2017 in London where of course they will not be valid for postage. I shall certainly be keen to obtain the set as printed by a Jersey-sited kiosk and therefore rate the set:- ****. 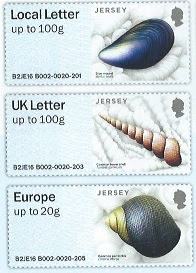 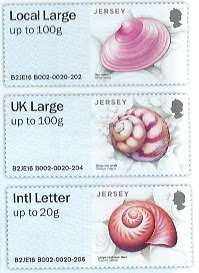 A set of 4 stamps and an accompanying 2 stamp miniature sheet will be released on 2 March 2017 on the subject of Jersey castles and forts with the 74p and £1.29p values having an additional inscription signifying that they are Jersey Post's contribution to the 2017 Europa omnibus. The 2 Europa stamps are those which are presented in the miniature sheet. the stamps depict Grosnez Castle, St. Aubin's Fort, Elizabeth castle and Mont Orgueil Castle. the issue was designed by Jersey post Ltd, and lithographed by BDT International Security Printers. Rating:- ****. 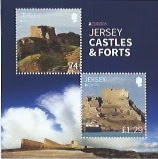 🇮🇪 The An Post philatelic website illustrates 2 further new definitive stamps additional to those I mentioned in Blog 897. These are further designs in the new "History of Ireland in 100 Objects, a selection" series and are coil stamps in the International postal rate, "N". Rating:- *****. 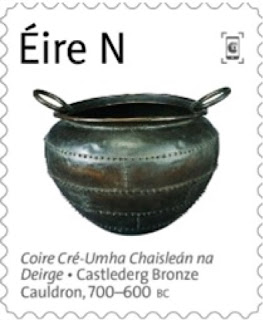 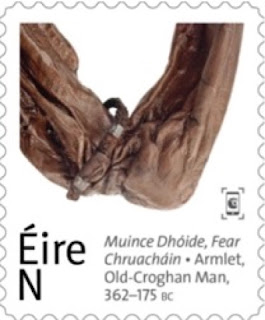 🇵🇬🇮🇳 The always interesting Birds of the World on Postage Stamps website points out that the equally interesting Joint Stamp Issues website has reported that the overdue Papua New Guinea Post Joint issue with India set designs have appeared - the issue takes the form of 2 stamps in the usual design style of new commemorative stamps put out by India Post with an accompanying miniature sheet which combines the 2 stamps. The new date of issue is expected to be 3 April 2017. Rating:- ****. 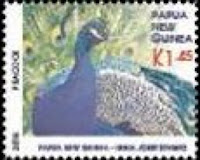 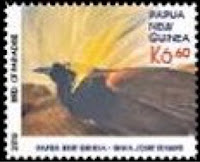 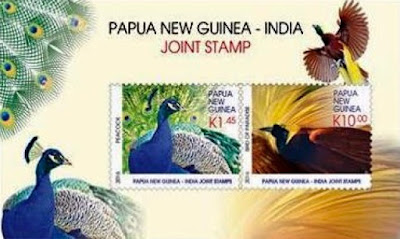 🇮🇳🇿🇦🇱🇰🇸🇱 A friend has let me have a look at a naval map he has been given access to which dates back to 1864 showing the "Cape of Good Hope and East India Station". It's fascinating to look at the names of the territories featured on the map as they then were - thus moving down the coast of West Africa, around the Cape and then northwards up the coast of East Africa, we have Sahel, Senegambia, Sierra Leone, Liberia, Palmas, Ivory Coast, Cape Coast, Formosa, Dahomey, Soudan (nowhere near modern Sudan), Ashanti, Kanem, Fernando Poo, St. Thomas Island, Anna Bon island, Biafra, Sette, Loango, Lower Guinea, Congo, Loanda, Benguela, Ohila, Ovampo, Cimnerbasie, Hottentotia, Cape Colony, Kafferaria, Natal, Sabia, Safola, Mozambique, Comore Islands, Quiloa, Zanzibar, Zanquebar, Gaflas, Ajan, Somaulies, Abbysinia, Nubia and Egypt.
In Asia we have Arabia, Oman, Bassorah, Persia, Beloochistan, India, Ceylon, Maldive Islands, Nepaul, Bootan and The Birman Empire.
The names of many of these territories are recognisable but, certainly with the spelling of the names as they appear on the map, will not be found in a stamp album. In fact at the time the map was current, most of the territories had not even introduced postage stamps (though India's first stamp, the Scinde Dawk, had appeared in 1852, The Cape of Good Hope's first issue took place in 1853, Ceylon's in 1857 and Sierra Leone's in 1859).
What fun it would be to see what stamps would have been issued if these territories had introduced them by the time this map was printed and what exotic names would have taken their place in the stamp catalogues and many of them in Stanley Gibbons Part 1 volume. 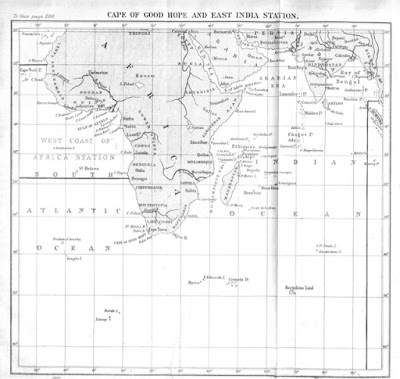 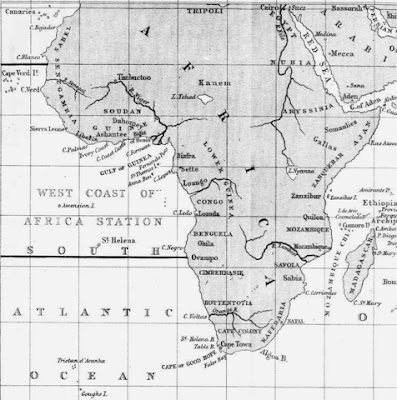 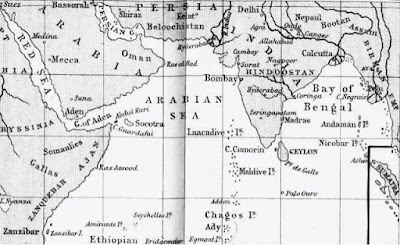 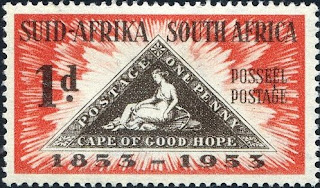 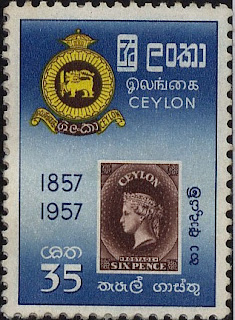 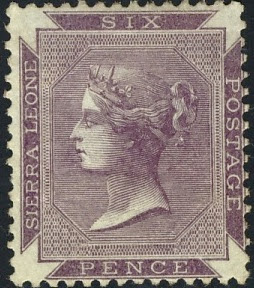