898. Malta Commemorates Its Presidency Of Europe. 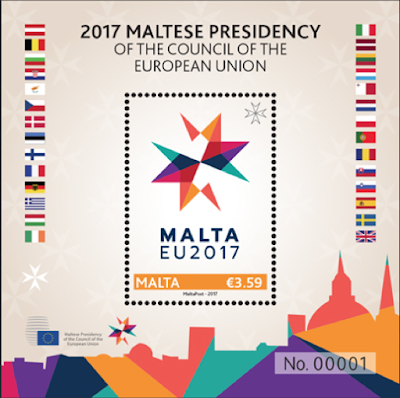 🇲🇹 Malta Post will issue a miniature sheet on 12 January 2017 to commemorate the country's assumption of the Presidency of the Council of The European Union. The rather expensive item (€3.59c) was designed by Sean Cini and lithographed by Printex and perforated 13 x 14. This is an item of historical interest as it features the national flags of the member states of The European Union including that of The United Kingdom and will doubtless be one of the last philatelic items to do so before The United Kingdom leaves The European Union in a couple of years time. Rating:- ***.
🇯🇪 Jersey Post will issue 6 new "Crest of Jersey" definitive stamps on 2 February 2017 The issue was designed by True North and printed in lithography. Rating:- ***. 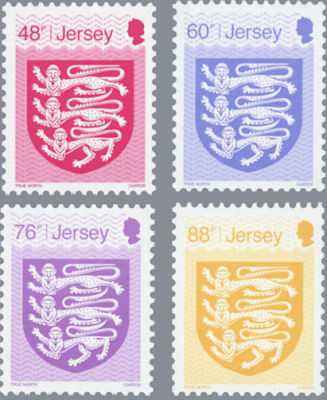 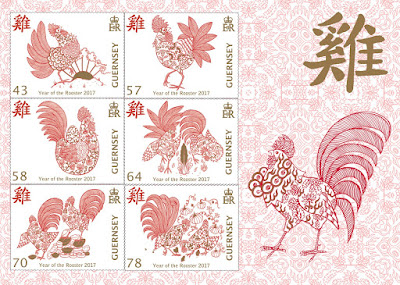 🇬🇬 In Blog 881I mentioned the issue which Guernsey Post plans to release on 18 January 2017 to commemorate a subject of no relevance to the island whatsoever but which nevertheless does seem to require 6 stamps and 1 miniature sheet to be put on sale. The subject of course is the Lunar New Year which has inspired numerous depictions of cockerels as previous blogs have illustrated and I now include a depiction of Guernsey Post's miniature sheet (above). Rating:- 0.

🇲🇾 More roosters! In Blog 896 I mentioned and illustrated the 3 stamps and 2 miniature sheets which were released by Pos Malaysia on 10 January 2017 but there was also an accompanying "My stamp"-style sheetlet which contains 2 x 4 different stamps as depicted below. Quite an attractive item. Rating:- ***. 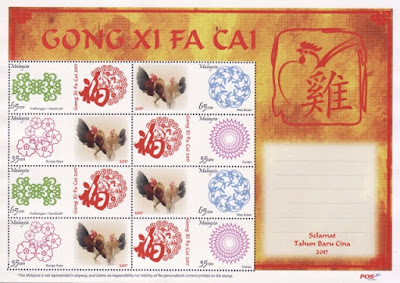 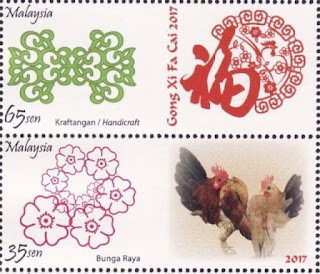 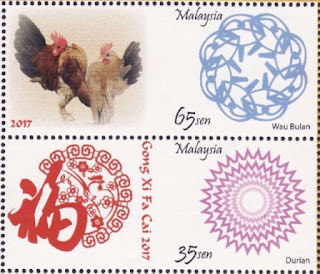 🇧🇩 Below I depict 2 further issues of 2016 from the Bangladesh postal service. The first commemorates "World Telecommunication and Information Society Day" and the second commemorates the Golden Jubilee of the University of Chittagong. Both designs are rather cluttered and I do not know the dates of issue though the Chittagong University stamp has the inscription "18 November 2016" which presumably was the day on which the stamp was released. Rating:- ***. 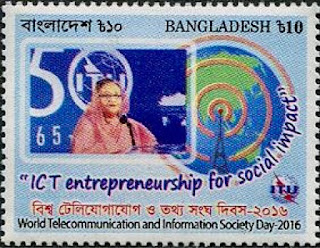 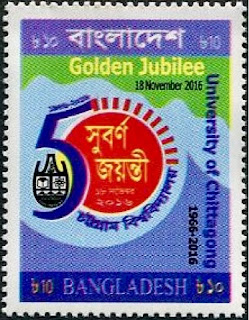