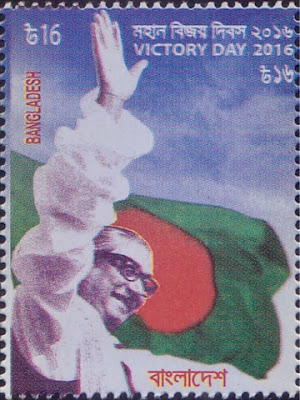 🇧🇩 The Bangladesh postal service issued a single stamp, 4 stamps in a se-tenant block and an imperforate miniature sheet on 16 December 2016 to commemorate the country's 45th National Victory Day which marks the anniversary of Bangladesh's defeat of Pakistani forces to ensure the independence of Bangladesh.
The single stamp depicts the country's first prime minister and father figure, Sheikh Mujibur Rahman, with the country's 2nd national flag in the background while the other stamps and miniature sheet depict scenes of resistance by the people against the Pakistani forces. An excellent set. Rating:- *****. 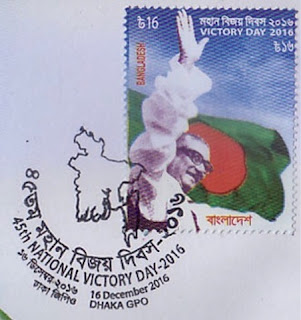 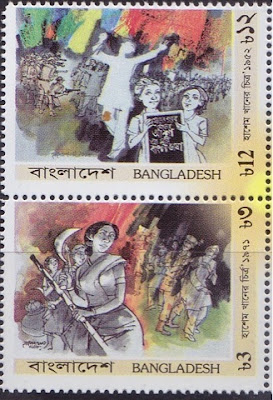 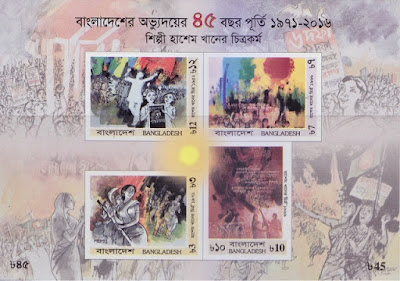 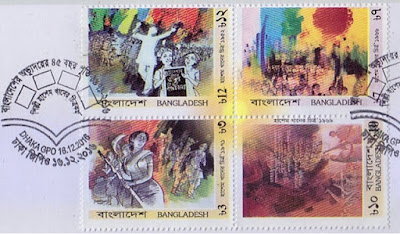 🇸🇬 In Blog 808 I mentioned and illustrated the pair of stamps issued by Singapore Post as its half of a joint issue with Pakistan Post. A "Collectors sheet" was also released and this is now depicted here. Even though it is sold at a price above face value I do like the item. The date of issue was 18 October 2016. Rating:- ***. 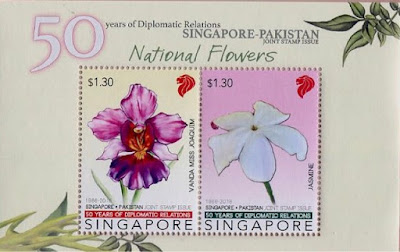 🇲🇲 The postal administration of Myanmar has issued its first stamp of 2017 to commemorate the country's 69th Independence Day. A local news report announced that the stamp was put on sale at 781 Region and State post offices on 4 January 2017. This is an interesting single stamp. Rating:- *****. 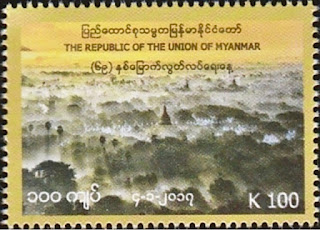 🇦🇺 Four values from Australia Post's Christmas stamps, in self-adhesive format, were also issued with attached labels as depicted below. Clearly there are some members of the public who may have wished to place personalised stamps on their Christmas mail so they are quite interesting. Rating:- ***. 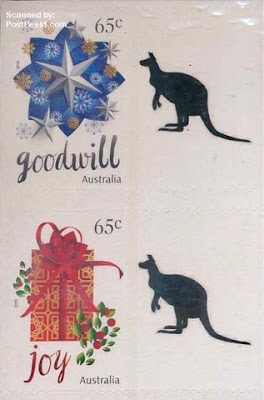 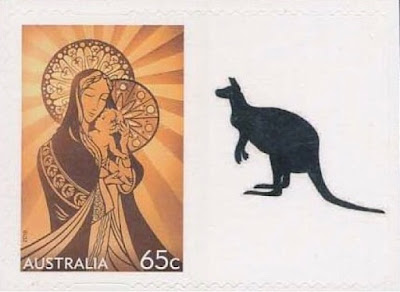 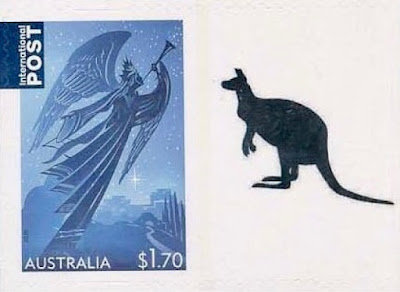 🇸🇱 And so, as inevitably as Day follows Night, we arrive at this week's paraphilatelic products from Stamperija though pleasingly the philatelic reputation of only one Commonwealth country is dragged through the mud this week (the other willing victims being Niger and Central African Republic) - Sierra Leone. It would be fair to say I suppose that its philatelic reputation was sacrificed as long ago as the 1960's and that Stamperija is only the latest of a string of agencies to take advantage of the country's poverty to use its stamps as a way of making money out of the unfortunate country and those interested in its stamps. Sadly over recent decades, Sierra Leone has had rather more to worry about than its philatelic reputation.
Anyway, there are the usual 10 "sheetlets", each made up of 4 different "stamps", along with 10 miniature sheets. The subjects featured are:- 50th anniversary of the launching of Luna 10, Nobel Prize winners, Concorde, Horse transport, Space tourism, Birth Centenary of Ferruccio Lambhorghini, 510th anniversary of the death of Christopher Columbus, Death Centenary of Max Immelmann, 50th anniversary of the Toyota Corolla and Steam trains. The stated date of issue was 28 November 2016. Rating:- 0. 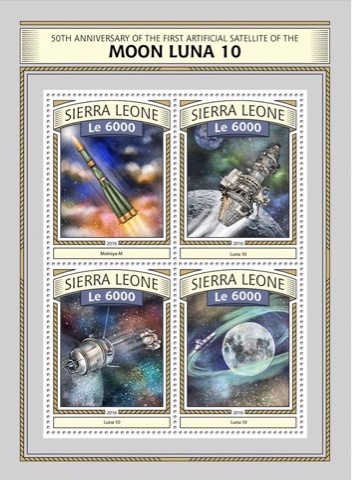 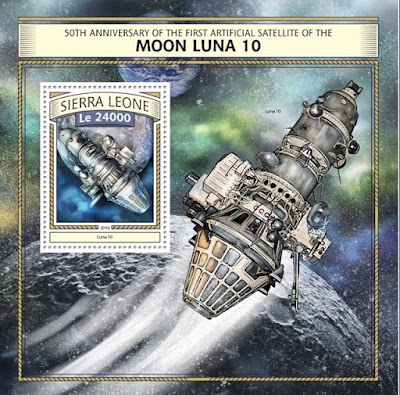 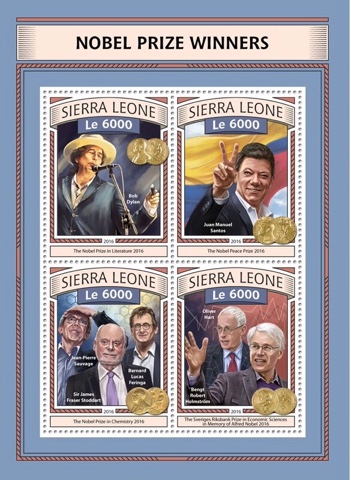 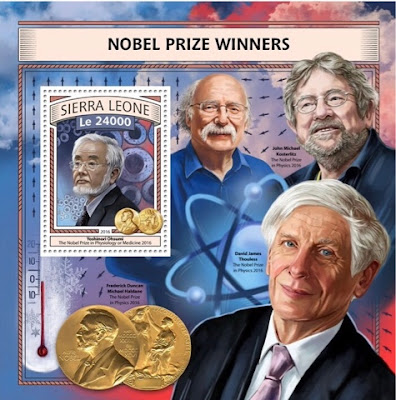 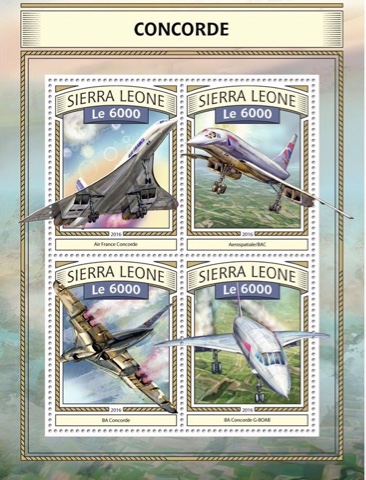 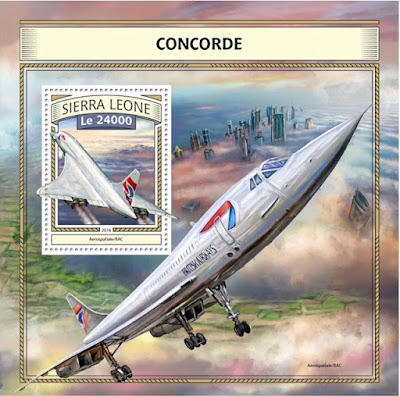 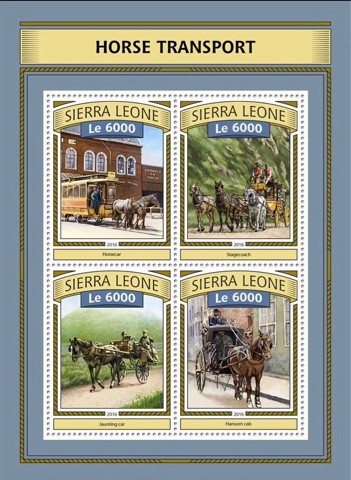 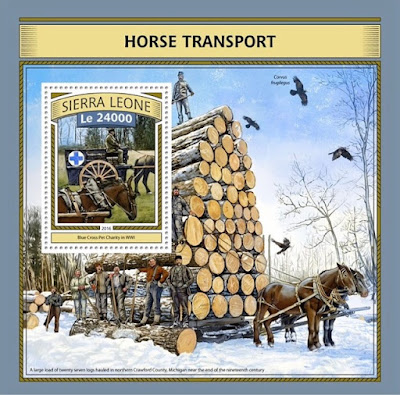 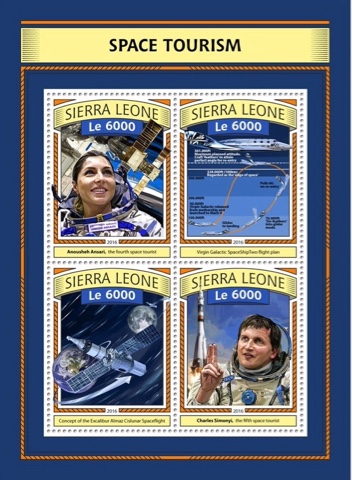 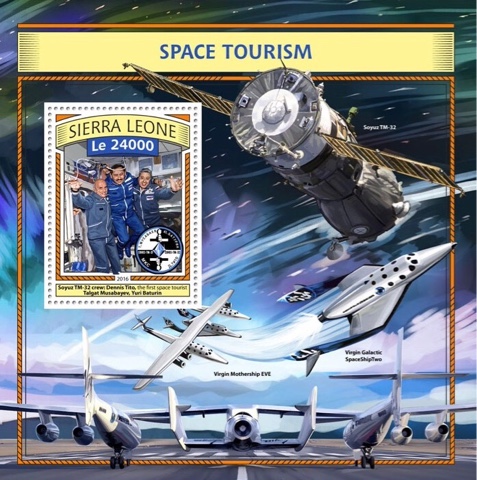 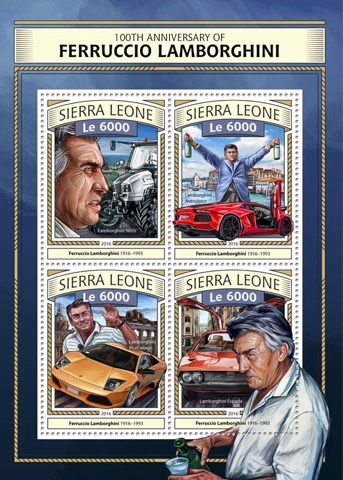 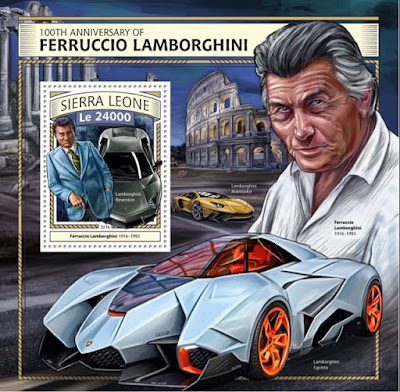 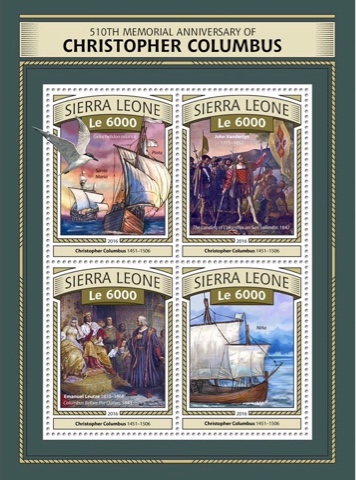 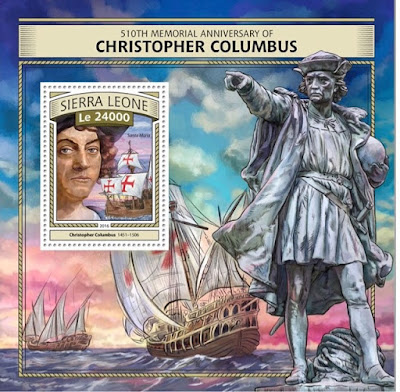 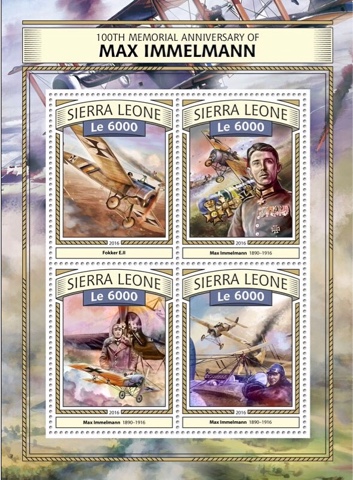 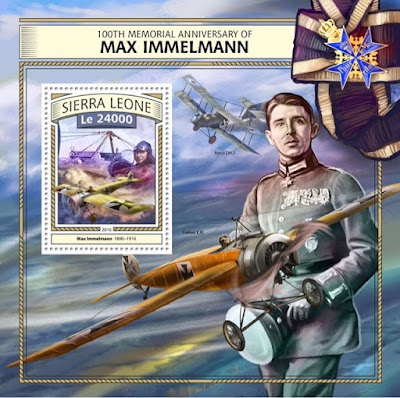 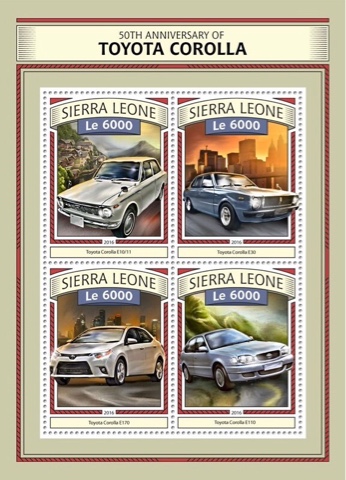 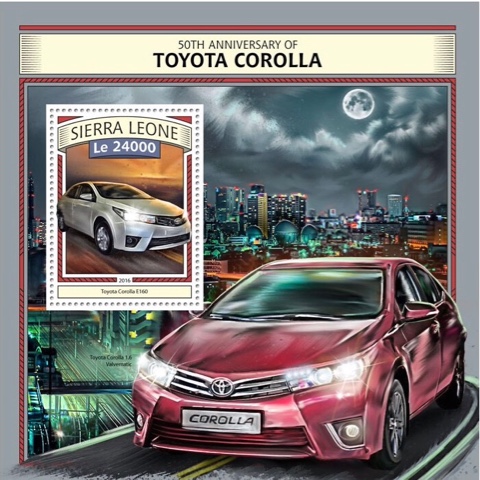 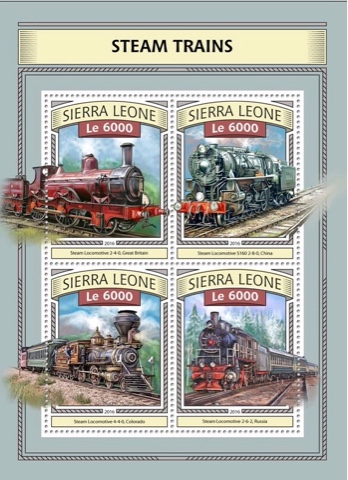 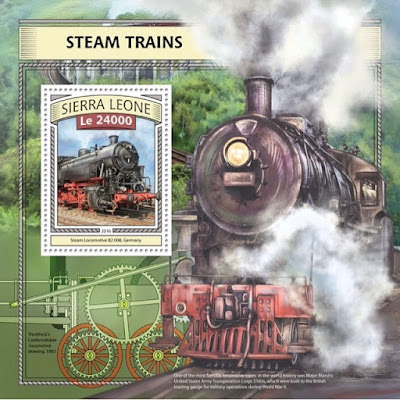