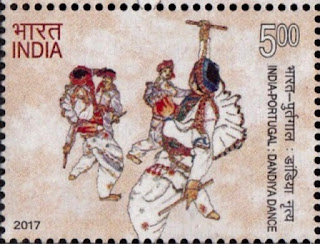 🇮🇳 India Post has released its third issue in a week in the form of 2 stamps and 1 miniature sheet featuring dance as a joint issue with the Portuguese post office service. It is indeed an attractive set and coincides with the visit of the Portuguese prime minister, Antonio Costa, to India which is taking place from 6 January to 12 January 2017. After the huge issue commemorating the "Splendours of India" (see Blog 894) and the stamp and miniature sheet released on 5 January commemorating Prakash Utsav (see Blog 896) this latest issue means that India Post has released 15 stamps and 15 miniature sheets in 7 days. The total cost of all these issues is Rs1680 which is equivalent to £20.06p - not bad for the first 7 days of the year.
It appears that India Post is planning at least 4 more issues during January 2017 on the following subjects - Srimad Raichandradi, Eminent writers (at least 5 will be featured in the set), Republic Day
and Modes of transport with other subjects also under consideration but the details of which are yet to be finalised.
Rating of "India - Portugal" issue:- ***. Date of issue:- 7 January 2017. 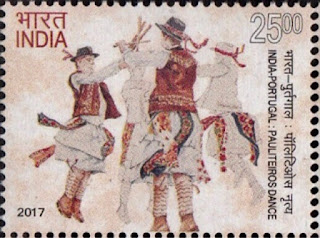 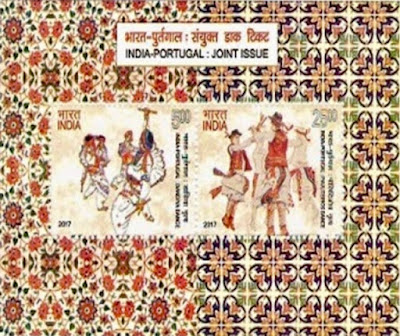 🇮🇪 An Post, the postal service of Ireland, will begin to issue yet another definitive series - what it calls its 9th series - when it releases 8 stamps on 12 January 2017 on the subject of "A history of Ireland in 100 objects" which, mercifully is qualified by the words, "A Selection", hence, one hopes sparing collectors 100 new stamps.
The coil stamps were printed by HP Indigo high resolution digital print in 2 strips of 4 by CCL Label Ireland Ltd on Raflatac Thermal P200 paper with perforations of 11 x 11.5. There are also 2 booklet stamps - 10 x "N" (National) domestic rate stamps and 10 x "W" (international airmail) stamps.
This should be a very interesting and worthwhile series produced in straightforward and attractive designs by Zinc Design Consultants. Rating;- *****. 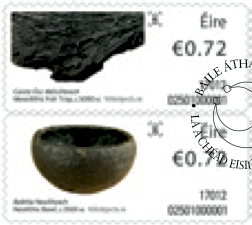 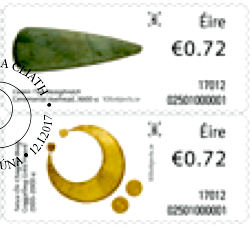 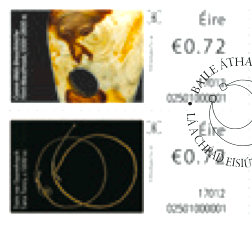 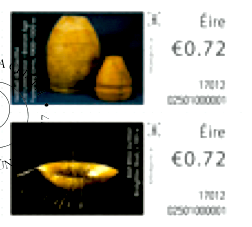 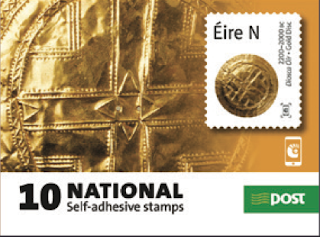 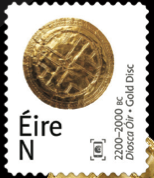 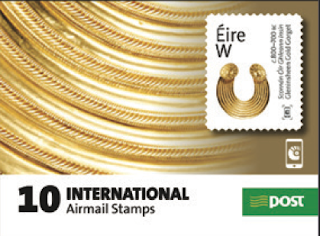 2 February - "Love and marriage" - 1 stamp. Designed by Zero-G and printed in lithography by Cartor. Sold in a "collectors strip" of 2 identical stamps and in booklets of 10 (both versions are self-adhesive). I can't think why An Post needs to issue these "Love and marriage" stamps every year - can it not use up remainders from previous years without having to produce yet another new stamp? Rating;- **. 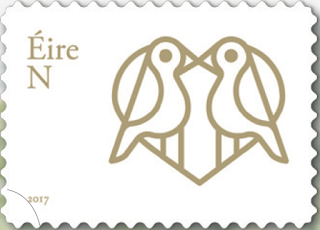 9 February - WB Yeats and the Noah Tradition - 1 stamp and 1 miniature sheet containing 2 identical stamps. Designed by Zinc Design Consultants and lithographed by Cartor and perforated 13.5. These stamps have an interesting subject and an interesting design, rating;- *****. 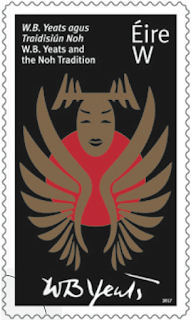 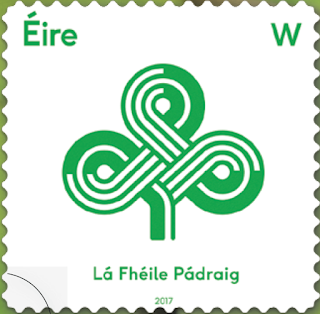 16 March - Emoji - 2 stamps. This issue was produced by An Post "to mark the rise of emoji in society around the world" - don't ask me why such an event requires philatelic commemoration but apparently it does so there we have it. Designed by The Stone Twins and lithographed by Cartor and perforated 13.5, this issue is likely to be one of the most trite and trivial stamp issues of 2017 from anywhere but at least it's reasonably cheap. Rating:- *. 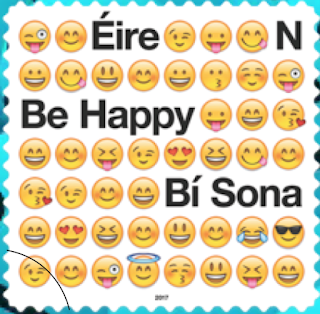 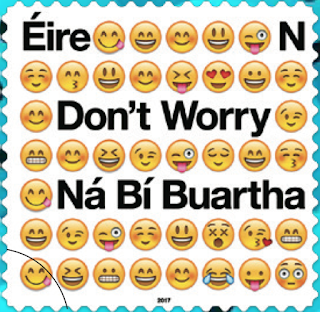 Doubtless there will be other items in addition to the basic stamp issues - miniature sheets and booklets and so on. There's nothing too surprising about the above issues except perhaps the planned issue to commemorate the 50th anniversary of the death of Che Guevara. I wonder who came up with that idea (the same person who came up with the "Emoji" stamps probably). Well, I suppose in its early years, the Irish state was a revolutionary state so commemoration of a foreign revolutionary is not all that surprising if you think about it.

🇸🇬 In Blog 892 I mentioned and illustrated the 3 Year of the Rooster stamps which were issued by Singapore Post on 6 January 2017 and I now illustrate the "Collectors sheet" which accompanies the issue and the 1st Local domestic rate self-adhesive stamp which is sold in sheetlets of 10. This year's issue is the 10th in this 12 year cycle of issues. Rating:- ****. 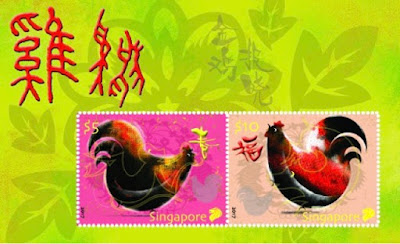 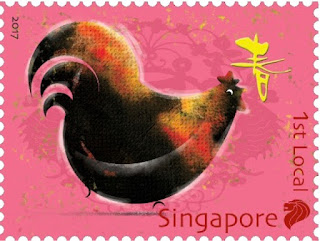