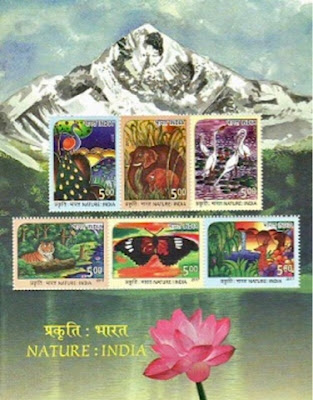 🇮🇳 India Post issued 6 stamps and 1 miniature sheet on 25 January 2016 to commemorate Republic Day. The stamps featured designs by winners of a young persons' design competition which India Post launched in December 2016 with a closing date of 30 December and which has led to an issue just 26 days later. Obviously the judges of the competition spent a lot of time thinking about the quality of the entries in the competition. Nevertheless, it's an attractive set, particularly the miniature sheet. Rating:- ****. 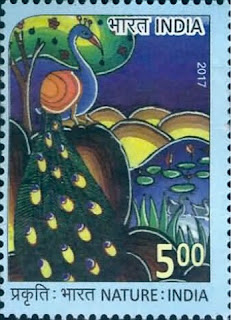 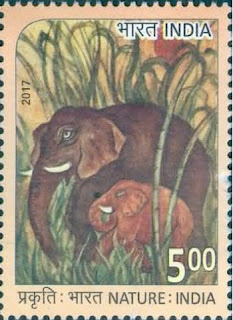 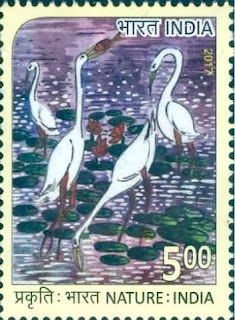 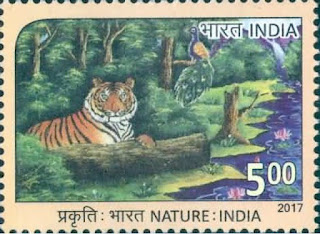 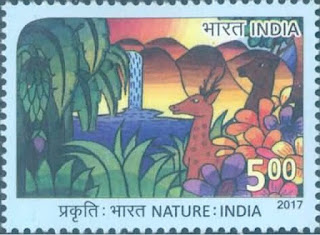 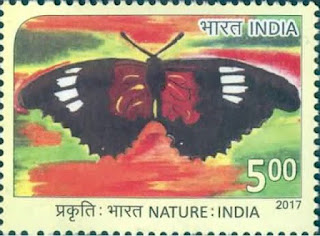 India Post issued a sheetlet of 12 x Rs5 identical "My stamps" to commemorate the Christian Medical College in Velore on 20 January 2017. Rating:- **.

India Post's "Coffee" miniature sheet which I mentioned in Blog 904 and stated that it was issued on 18 January 2017 will apparently not actually be released until 14 February 2017.

🇬🇧 Royal Mail has revealed that the "Music Giants" set due to be released on 14 March 2017 will commemorate the late David Bowie, a popular musician who died in 2016. The issue takes the form of previous Royal Mail stamp releases which have commemorated modern popular musical performers - that is - self-adhesive stamps showing covers of the performers' record albums. There will also be an accompanying miniature sheet which includes 4 stamps depicting live performances by Bowie and a £3.84p retail booklet containing 2 of the self-adhesive album stamps and 4 of the 1st Class red "Machin head" stamps. This will doubtless be a popular issue especially among enthusiasts for the music of Bowie. Personally, I feel that if we must have numerous stamps to commemorate these celebrities of transient fame then at least Royal Mail could come up with some original designs and not keep using the same format time and time again. Rating:- **. 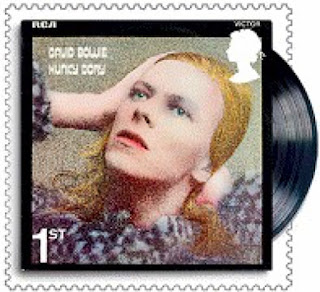 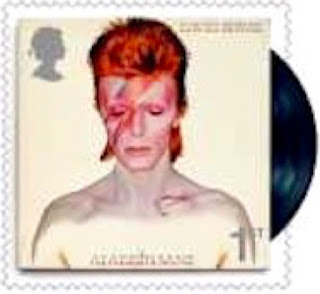 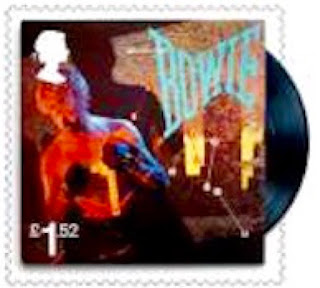 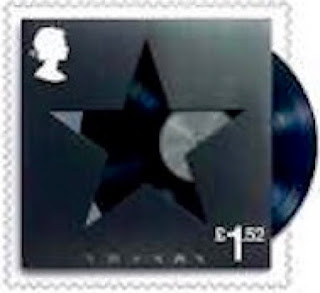 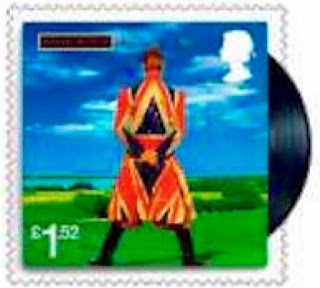 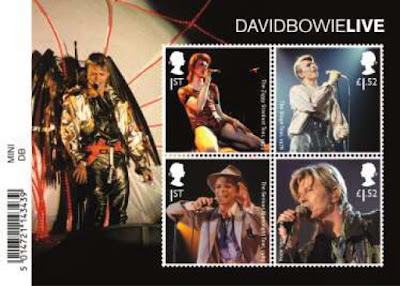 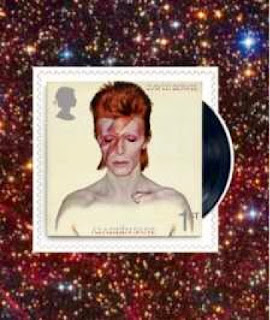 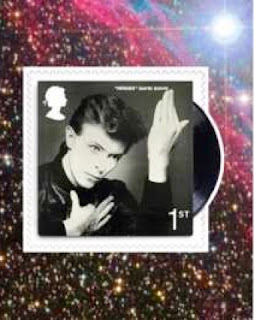 More new paraphilatelic products from the New York-based Philatelic agency, IGPC, which has called itself "the World's most respected philatelic agency" (and who am I to disagree?). I do not yet know the dates of issue of this stuff:- 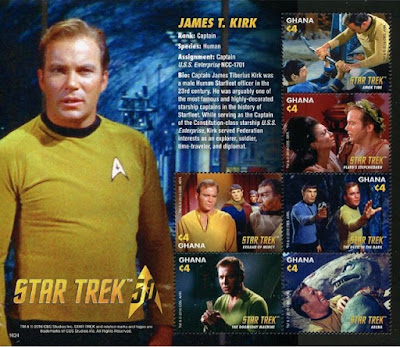 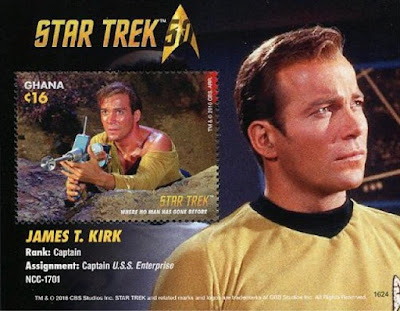 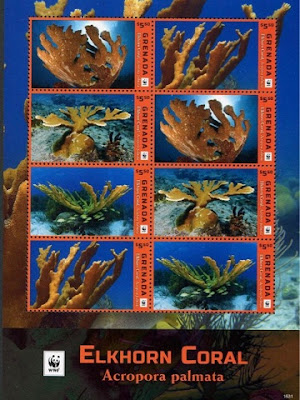 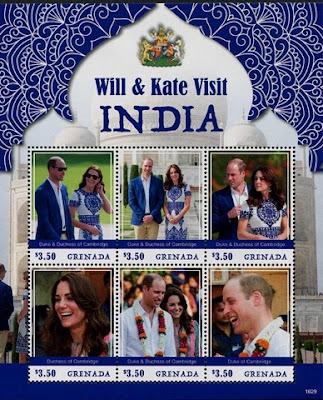 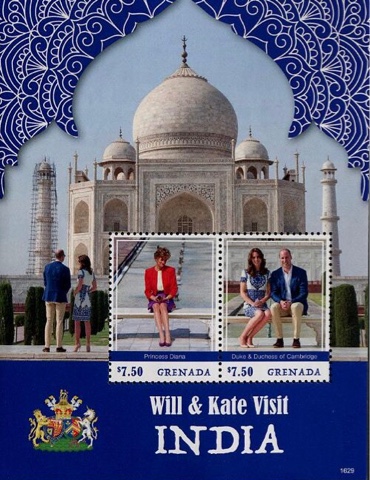 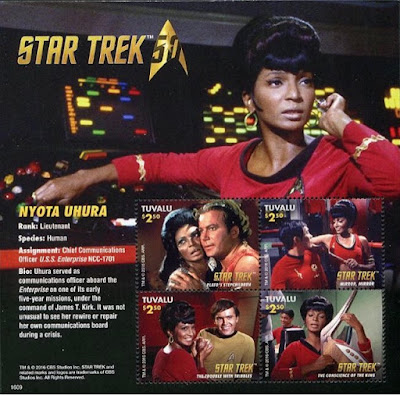 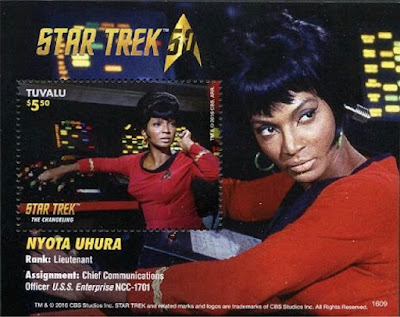 🇸🇧 In Blog 905 I detailed 3 different sheetlets, each made up of 36 different "stamps", which had been put out by Stamperija in the name of The Solomon Islands - they were on the subject of fish, domestic cats and domestic dogs and had a total face value of $756 or about £78. It appears that there is an additional sheet in the same style - another 36 x $7 "stamps" - on the subject of Dinosaurs. Hence this issue of sheets now totals 144 "stamps" with a total face value of $1008 which is equal to £104.67. Is Stamperija getting desperate? 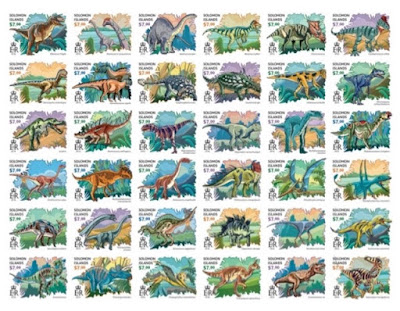