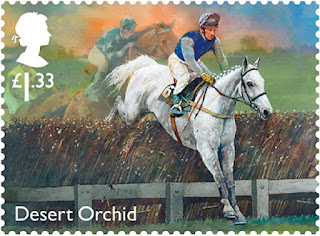 🇬🇧Royal Mail has released designs of 2 stamps which it will release as part of sets which will be issued on 6 April 2017 (Racehourse legends) and 4 May 2017 (Songbirds). These designs are marvellous and greatly whet the collector's appetite for upcoming Royal Mail stamp issues - both sets look as though they should be immensely popular with the general mail-sending public - especially the stamp which depicts the much-loved racehorse, Desert Orchid, winning the Cheltenham Gold Cup in 1989.
The "Dessie" stamp will be part of a set of 8 stamps while the stamp depicted below which features that feisty little bird, the wren, will be one of a set of 10 stamps. The "Songbirds" stamps are clearly going to be original pieces of art and, like the racehorse stamps, I can not wait to use them on my mail.
Based on the evidence so far, this could be a great year for Royal Mail stamps, I can not help but rate both sets as *****. 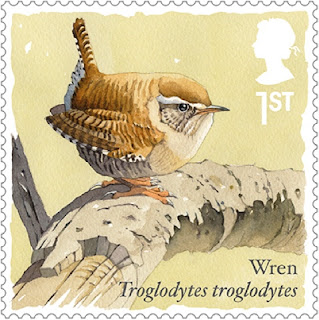 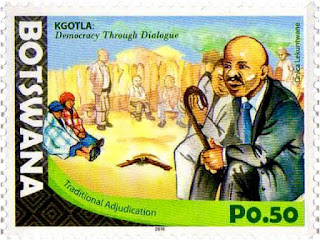 🇧🇼 Botswana Post issued a set of 4 stamps on 1 December 2016 on the subject of "Kgotla: Democracy Through Dialogue". A kgotla is a public meeting, community council or a traditional law court of a Botswana village usually headed by the village chief and where community decisions are arrived at by consensus.
This interesting issue was designed by Orica Lekuntwane and lithographed by Southern Colour Print and perforated 14. Another excellent issue from Botswana Post - Rating:- *****. 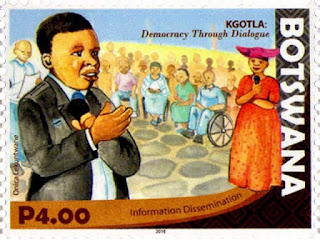 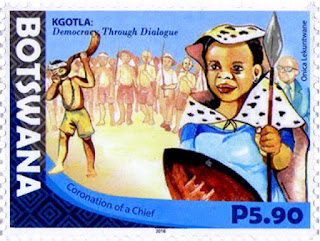 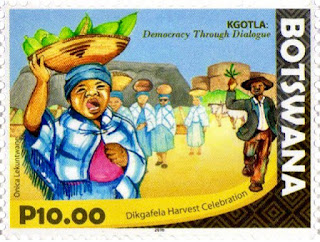 🇵🇰Pakistan Post has issued a strip of 4 different stamps printed in sheetlets of 16 (4 x 4 se-tenant strips) to commemorate the International Year For Sustainable Tourism For Development and featuring views of various mountains in Pakistan. This is a very attractive set and was released on 1 January 2017. Rating:- ****. 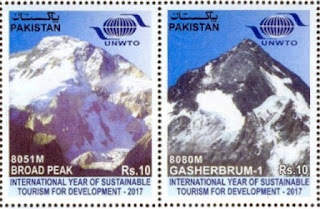 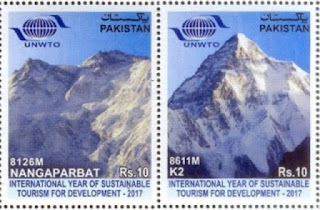