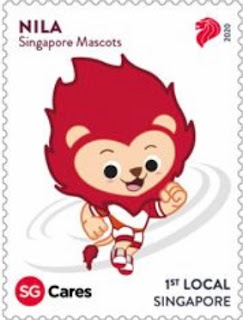 🇸🇬 Several planned sets of new issues have been postponed by Singapore Post because of the ongoing COVID-19 pandemic. A set of 5 stamps on the subject of Mascots of Singapore was due to be released on 29 April 2020 but has been postponed to an as yet unannounced new date of issue along with a set that was due to be issued on 29 May on the subject of the Singapore Skyline and another set due on 30 June on the subject of Technology. A fourth set, commemorating the Tokyo Olympic Games, which was to have been released in July has been postponed until 2021 as the Games themselves have been put back until next year.
Singapore Post is currently operating 24 of its 56 post offices which is an arrangement which will stay in place until 1 June which is when the Singapore government’s ‘extended circuit breaker period’  (aimed at limiting the virus’ spread) is due to end. 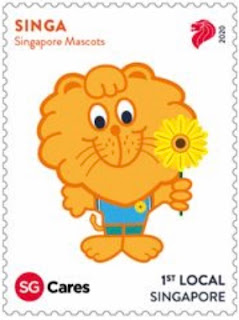 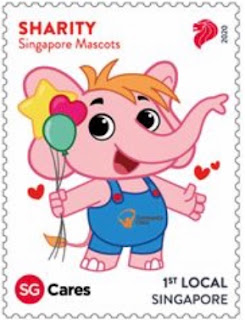 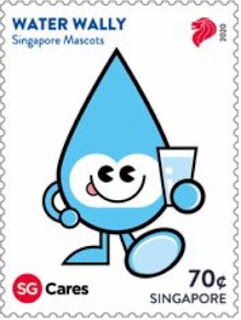 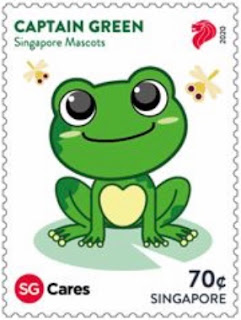 🇦🇺 The sheetlet of stamps issued by Australia Post on 29 April 2020 which commemorates the 250th  anniversary of Captain Cook’s voyage aboard The Endeavour is a strange item which may be made up of 5 x $1.10 or alternatively 10 x 55c. This item on the Australia Post Stamps website seems to explain the item’s true nature - “This unusual presentation of the $1.10 stamps sees the denomination halved and placed as design parts of 55c”. So that’s clear then, they are $1.10 stamps ... or are they?

Commonwealth countries/postal services which are not yet known to have issued stamps during 2020:-

This makes a total of 37 Commonwealth countries whose postal services are not yet known to issued any stamps or have had any stamps released in their name so far in 2020.

🇦🇪 In this Blog I include the new stamps of many of the countries which have at one time or another qualified to be included in the Stanley Gibbons Commonwealth Catalogue, ‘Part 1’ but, when they gained Independence chose not to join The Commonwealth or have actually withdrawn from The Commonwealth or have not yet been granted membership - postal services from countries including Ireland, Myanmar, Sudan, Hong Kong, Eritrea, Libya, South Sudan, Zimbabwe, Somaliland and Somalia. Also in this list are a number of the states which were former British protectorates in the Middle East and The Gulf - Palestine/Israel, Jordan, Kuwait, Bahrain, Qatar, Oman and The United Arab Emirates. I have wondered from time to time about adding coverage of the new stamp issues of the Gulf State countries but never quite got round to it but do mention occasionally one or two interesting issues from the area. So I now mention here a new item I found to be on sale on an internet auction site from the postal service of The United Arab Emirates which fits in very much with other recent Blogs - a miniature sheet titled ‘#Thank you Heroes’ commemorating the frontline workers in the fight against the COVID-19 pandemic. This is another interesting and important item for anyone forming a Coronavirus-themed thematic collection to track down to add to their collection. The item was issued on 10 May 2020. Note that the value is not placed on the central perforated part of the item but at the right of the lower margin. 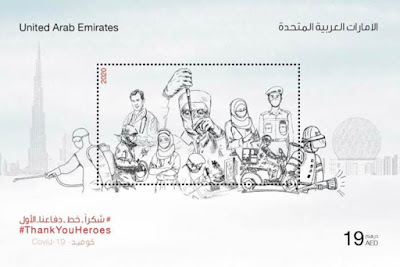 🇰🇮 The postal service of Kiribati is planning to issue 2 sets of stamps in the course of 2020:-
Currently we expect - June 2020 - Solar energy, ‘Harnessing the power of the sun’
October 2020 - 75th anniversary of the United Nations.

🇿🇼 Zim Post, the postal service of Zimbabwe, was planning to issue a set of 6 stamps on 10 April 2020 to commemorate the the 40th anniversary of the granting of Zimbabwe’s Independence by The United Kingdom but I have not yet seen any illustrations of these items. The official independence anniversary celebrations were of course very restricted due the COVID-19 pandemic.