🇵🇰 According to a recent report from Pakistan Today, Pakistan Post has “abolished the use of postage stamps on foreign letters”. The report said that the “Pakistan Postal Services Management Board .... decided to stop the usage of postage stamps on foreign letters .... (because) receivers have been complaining about paying extra money for the stamps “missing on the letters” (I assume that this means that stamps are being removed from envelopes whilst moving through the postal service so that they can be reused postally or for stamp collections though the first reason seems the most likely). From now onwards, the foreign postal letters would only bear a seal of the PPO”.
The report, dated 2 May 2020, also indicated that the Pakistan Post Office was to introduce revised postal rates for overseas destinations.
I look forward to seeing what the ‘Pakistan Post Office’ seal looks like on covers to various overseas destinations.
Is this another nail in the coffin of postage stamps? 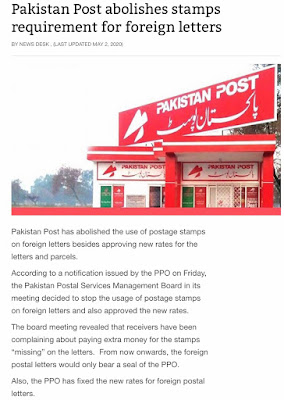 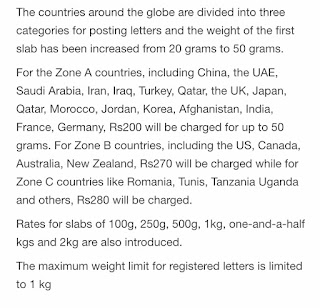 🇵🇬 Collecting the modern stamps of Papua New Guinea is quite challenging. In Blog 1672 I illustrated some recent surcharges from PNG Post and mentioned a couple of planned new sets with accompanying miniature sheets due to appear at the end of May.
Then there are the personalised stamps which are quite numerous, some seem to be official or semi-official and others entirely private. There is also a series of make-up value stamps which do not seem to be sold to collectors through the philatelic bureau and some of them appear to be quite rare. The dealer Steven Zirinsky features many of these on his internet site in an unused state or on cover.
In Blog 1345 I mentioned one K1.60 value of these Personalised stamps with four different attached labels which Steven Zirinsky was featuring on his internet site which commemorated the 43rd anniversary of Independence as depicted below. The stamps were described as “Issued on demand”. 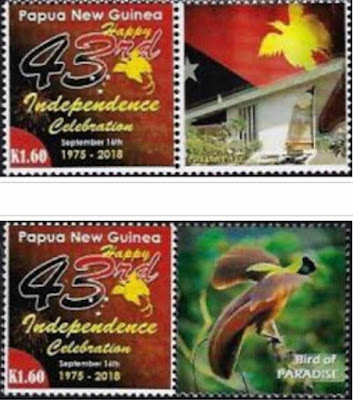 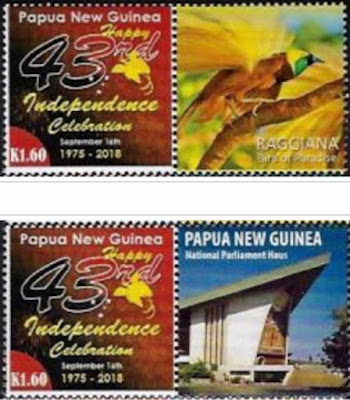 Bombay Stamps are now offering for sale the K1.60 value with the attached National Parliament House label along with a K6.90 value. I almost overlooked these because I had previously obtained stamps with a similar design with attached labels but commemorating the 44th anniversary of Independence (2019) and when I first saw them for sale I had not noticed that the issue commemorated a different anniversary. The attached labels of the 44th anniversary are also different depicting, as they do, a Bird of Paradise and the inscription ‘Unity in Diversity Papua New Guinea Land of Thousands Tribes’. Fascinating and difficult to keep up with, Papua New Guinea is almost the ‘Land of Thousands Philatelic Challenges’. 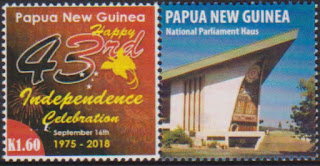 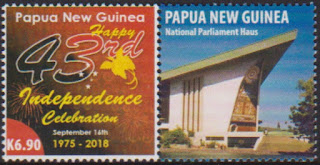 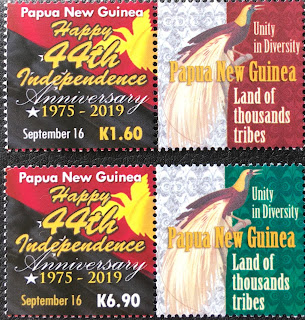 🇲🇲 The postal service of Myanmar will issue a miniature sheet containing a single stamp on 20 May 2020 to commemorate the Centenary of Yangon University. A charming and colourful item. Rating:- ****. 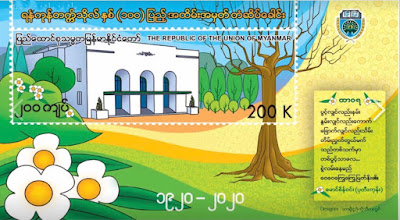