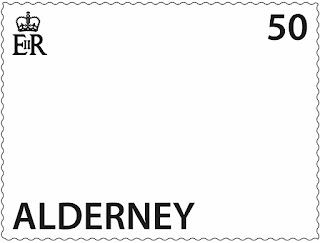 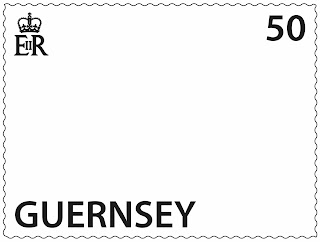 🇬🇬 Guernsey Post is organising 2 competitions for local children to produce designs for 2 sets of stamps to be issued later in 2020 to commemorate the people’s response to the COVID-19 pandemic - a set of 12 stamps to have the name of Guernsey printed on them (for children in school years 1 - 12 [representing one from each year group?] from Guernsey, Herm and Sark) and a set of 8 stamps to have the name of Alderney printed on them (competition for Alderney children only “aged 1-11“ though one must be a little dubious about what the stamp design by a one year old will look like).
The publicity for the issue for Alderney states that, “All proceeds from the sale of the stamps will be donated to the Alderney Helping Hands project” (it is not entirely clear to me if this means that All money from the sales is implied or whether it just means All profits from the sales is intended) and for the Guernsey issue, “This special stamp issue called #GuernseyTogether will be due out later this year and proceeds will raise money for 2 local charities”. The Alderney issue will be titled #AlderneySpirit.
The competition winners, who must place their artwork in a frame as shown above, will be awarded “a £100 voucher for a local retailer” (notably Guernsey Post does not seem to think that today’s children will be lured into a design competition just offering the promise of a philatelic prize as the reward for the winners). The Guernsey Post internet site has other details of the competition.
It looks as though each stamp will have a 50p face value which given that that would make a total face value of £10 makes for a rather expensive set for collectors - and no doubt it will be mainly collectors who will buy complete sets - even if it is for a good cause. 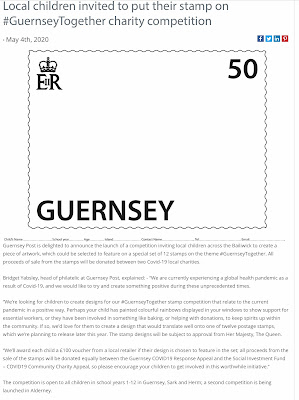 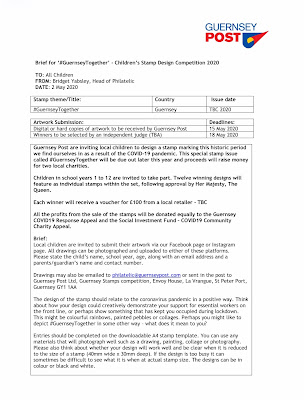 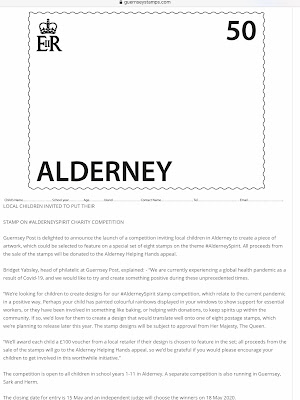 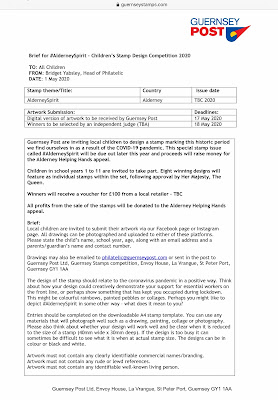