🇮🇲  The Isle Of Man Post Office will release yet another new issue, though admittedly a timely one, on 12 May 2020 to commemorate the WHO Year of the Nurse and Midwife and the 200th Birth anniversary of Florence Nightingale (a philatelic commemoration which Royal Mail has declined to make instead feeling that Star Trek is a more worthy subject for a 2020 British stamp issue). The issue is made up of 8 stamps which were designed by DM Design Isle Of Man and lithographed by Lowe Martin and perforated 12. Rating:- ***.

Nurses have appeared on stamps from Commonwealth postal administrations before - my favourites are those from Royal Mail in 2012 and Cayman Islands in 1970 both of which featured the rather disagreeable Sarah Gamp, a somewhat disreputable midwife who makes an appearance in Charles Dickens’ Martin Chuzzlewit. Even though 2020 marks the 150th anniversary of Dickens’ death I suppose it would be somewhat inappropriate to combine the anniversary with the Nightingale anniversary and commemorate International Year of the Nurse with a Sarah Gamp stamp! 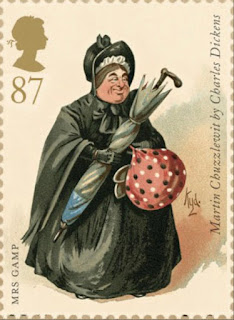 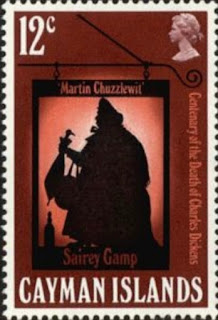 Meanwhile for those building up a Coronavirus themed collection, the Isle Of Man Post Office has provided 2 ephemera which really ought to be added to such a collection.
The first is a postcard sent out from the philatelic bureau with 2 stamps printed on it - a Carry Us Through stamp (see Blog 1647) and a Year of the Nurse Stamp - with a printed cancellation reading ‘NEW STAMP COLLECTIONS DOUGLAS ISLE OF MAN 4 MY 20’ and intended as an advertisement for the two featured issues:- 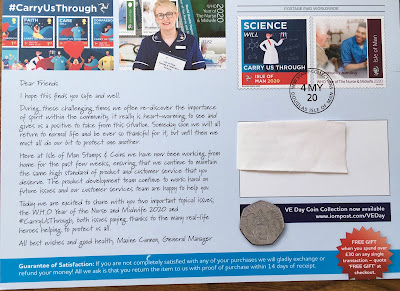 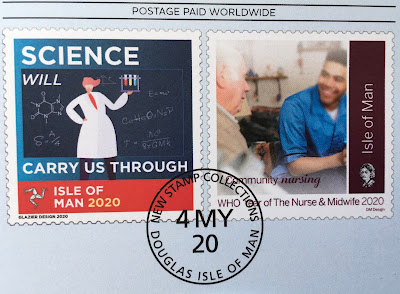 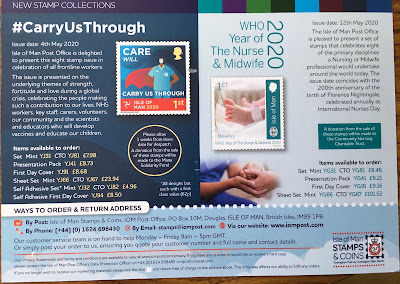 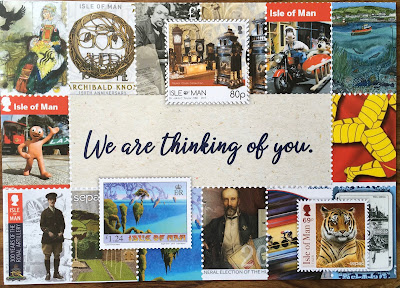 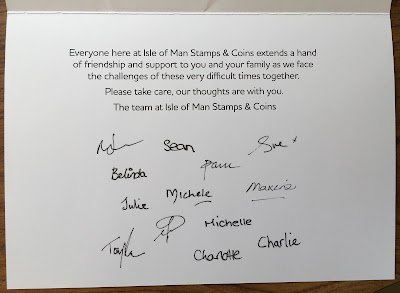 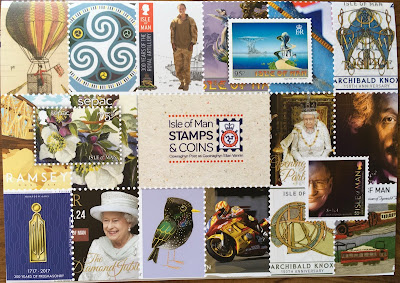 🇲🇹 MaltaPost will issue a pair of stamps and 1 booklet on 9 May 2020 as its contribution to this year’s EUROPA omnibus series which is titled ‘Ancient Postal routes’. The set was designed by Miguel Farrugia of MaltaPost and lithographed by Printex and perforated 14. One of the stamps depicts Francisco de Tassis, a fifteenth century pioneer of European postal services, who was given the job of improving courier services in Burgundy and The Netherlands by the Holy Roman Emperor, Maximilian I. “In time this new postal system grew as de Tassis founded new postal stations in major European cities, thereby guaranteeing a complete service over the years”.
The subject of this stamp is interesting since de Agassi’s seems to have little direct relevance to Malta but is an important figure in European postal history, especially that of The Holy Roman Empire. By the issue of this stamp the Maltese postal service clearly establishes its ties to the modern equivalent of The Holy Roman Empire - The European Union. 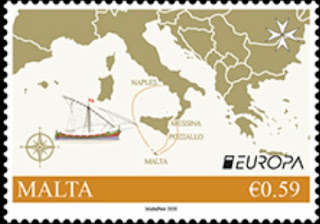 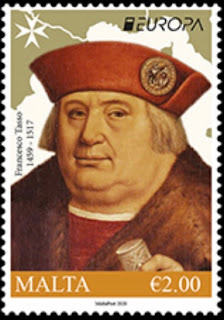 🇬🇮 The Royal Gibraltar Post Office will also issue a pair of stamps and 1 miniature sheet containing both stamps on 8 May 2020 as its contribution to the 2020 EUROPA omnibus series. The designs by Stephen Perera and Beatrice Garcia depict mail-carrying sea vessels and the stamps were lithographed in sheetlets of 8 by BPost Security Printers. Rating:- ***. 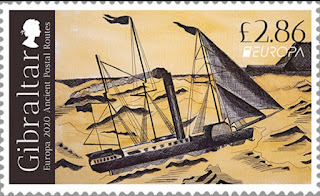 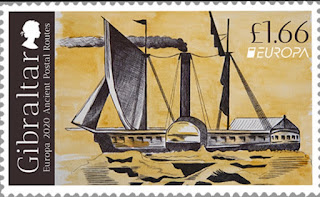 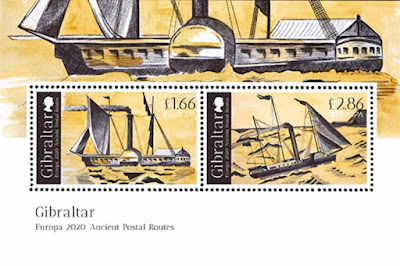 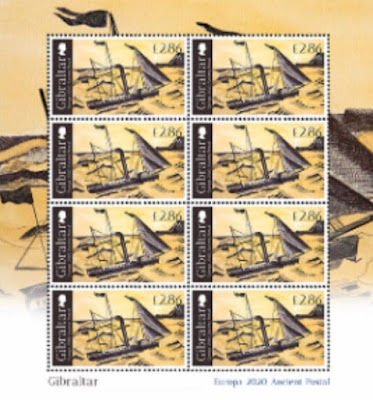 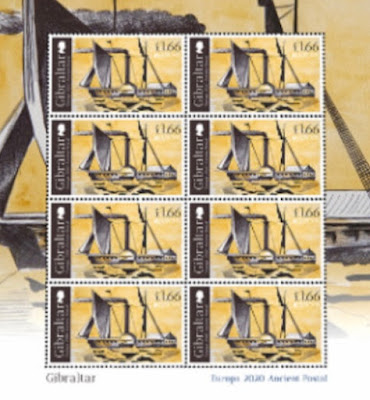 The Royal Gibraltar also issued new Post and Go stamps on 7 May 2020 which took the form of the Gibraltar Flag Stamp with the added inscription ‘VE Day 75th’ to commemorate the 75th anniversary of the defeat of the Germans at the end of the Second World War. The stamp is vended from the machine at the Gibraltar Philatelic Bureau Head Office and there are 6 values - 22p, 40p, 64p, 70p, 80p and £3. Rating:- 0. Illustrations are awaited.

🇬🇧 I had thought that the special postmark being used by Royal Mail to commemorate the 100th birthday of Hon. Colonel Thomas Moore (see Blog 1649) had been intended to be used during his birthday week but I received an envelope today with a ‘Captain Tom’ postmark dated yesterday, 6 May 2020.