🇭🇰 Hong Kong Post will issue a set of 6 stamps and 3 miniature sheets (2 ‘souvenir sheets’ and 1 ‘mini-pane’ contains 2 sets of stamps) on 21 May 2020 as part of its annual ‘Hong Kong Museums Collection’. This issue is titled ‘Selection from the Chih Lo Lou’ Collection’. This very attractive issue was designed by Arde Lam and lithographed by Cartor. The $20 miniature sheet has been printed on special ‘cotton paper embedded with security fibres’. An excellent and interesting set but Hong Kong Post issues far too many stamps and since there is no specific local anniversary or event attached to this issue I shall not be adding it to my collection. Rating:- **. 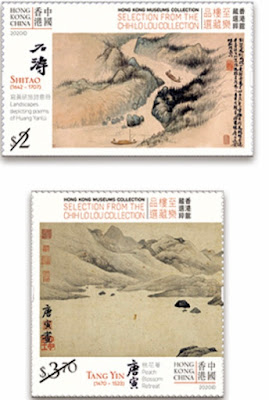 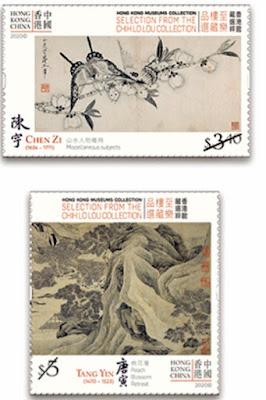 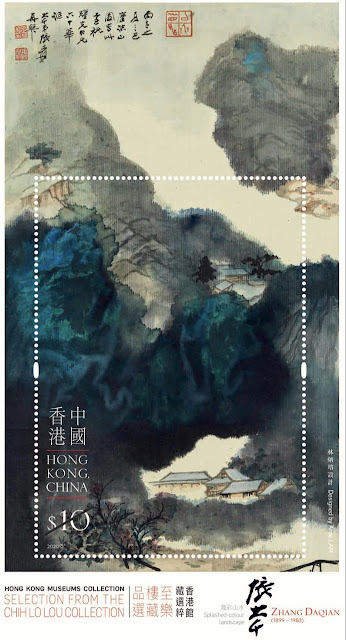 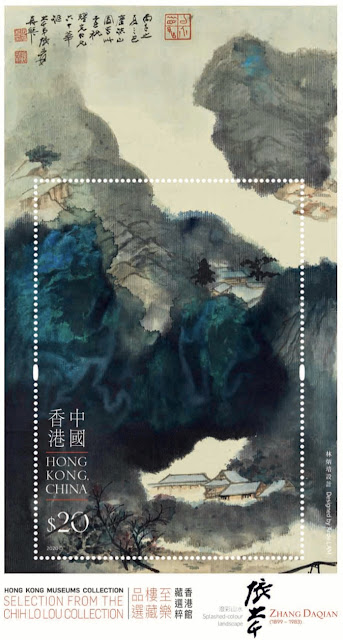 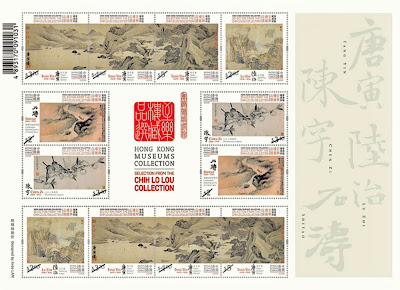 🇬🇮 The Post and Go stamp with added inscription commemorating the 75th anniversary of VE Day issued by Royal Gibraltar Post Office on 7 May 2020 and which I mentioned in Blog 1661 is illustrated above.

🇱🇹 The notorious Stamperija agency claims to have ‘issued’ the first ‘stamps’ of the year with the name of Mozambique printed on them with a ‘date of issue’ of 15 April 2020. The ‘issue’ is made up of 40 ‘stamps’ (printed as 4 different stamps in a total of 10 sheetlets) plus 10 miniature sheets. There is no indication that these products have actually been put on sale in Mozambique itself. Although there has been a slowing down in the number of products emerging from Stamperija since the onset of the COVID-19 pandemic the ‘agency’ has so far claimed to have issued 315 ‘stamps’ and 74 ‘miniature sheets’ by the end of April in the name of its 3 client Commonwealth postal administrations which include Maldives and Sierra Leone as well as Mozambique. It has also released hundreds of other products in the name of its other client postal administrations in Lusophone and Francophone Africa.
Stamperija is now releasing a number of products associated with the Birth centenary of Pope John Paul II. The stamps are being sold as ordinary-looking sets of 4 making them look more acceptable to traditional stamp collectors. The first such issue with the name of a Commonwealth territory printed on it was recently said to have been released on 27 February 2020 in the name of Sierra Leone. The principal religion in Sierra Leone by far is Islam and only 3% of the population practice Roman Catholicism and so it seems unlikely that a papal centenary is an appropriate subject for Sierra Leone  to commemorate philatelically. It appears to be unlikely that the products would be on sale at ordinary post offices in Sierra Leone.
Posted by White Knight at 23:50