As I have mentioned (probably ad nauseam) in previous blogs I am very selective about which new issue stamps I buy particularly from Commonwealth countries which allow foreign philatelic agents to produce large numbers of stamps in their name although the stamps have little or no direct relevance to the country whose name appears on the products. The latest list of issues from such a foreign agency seems to include a large number of products which indeed have little or no relevance to their client countries and for that reason I will not be buying any of them to add to my collection but I will add a footnote to my album page that mentions that a number of such issues have been made and that I have chosen to omit them from my collection. I call them "Footnote Issues" and here is the latest list:-

St Vincent And The Grenadines -

28 November 2012 - Crabs of The Caribbean (not necessarily of St. Vincent) - sheetlet of 4 stamps (mentioned in previous blog) but an accompanying miniature sheet has also been issued:- 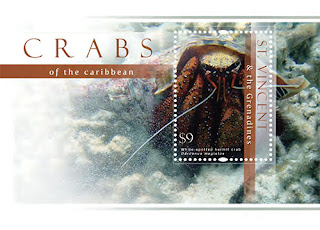 28 November 2012 - Reptiles of the Caribbean area - sheetlet of 4 stamps (previously reported), also accompanied by a miniature sheet. A list of reptiles which are found in the country can easily be found in Wikipedia but the designer of the set has taken no trouble to devote the set of stamps to those species which are found in St. Vincent which would have been both interesting for the collector and educational for the local population about their wildlife and its conservation. While the critically endangered Hawksbill Turtle is found in St. Vincent seas some of the other species do not appear on the island and the design describes the iguana featured on the miniature sheet as a generic iguana rather than trying to illustrate the local species. Why should collectors pay money for such lazily produced items? It would have been so easy to have produced a locally meaningful set that would have been worthwhile to collect:- 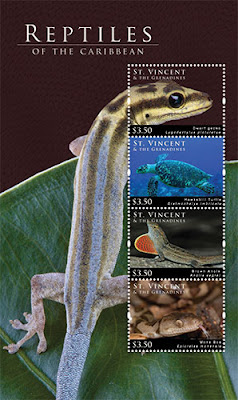 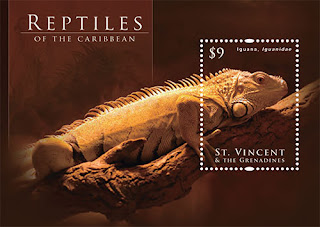 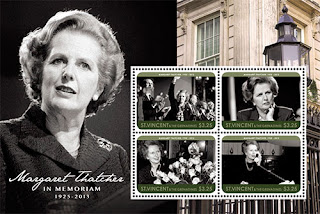 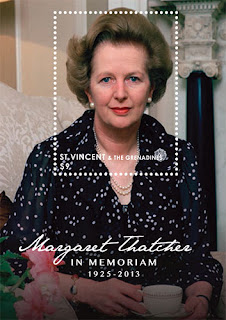 27 July 2013 - Bicentenary of the publication of "Pride And Prejudice" by Jane Austin, a British novelist - sheetlet of 4 stamps and 1 m.s.:- 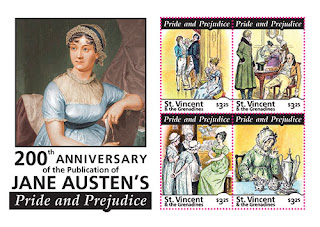 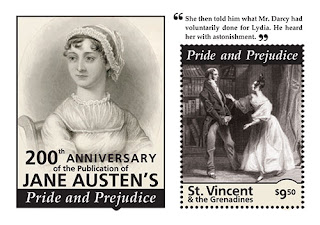 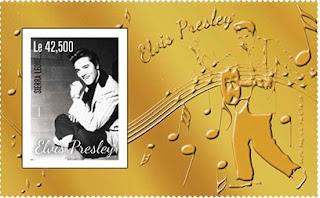 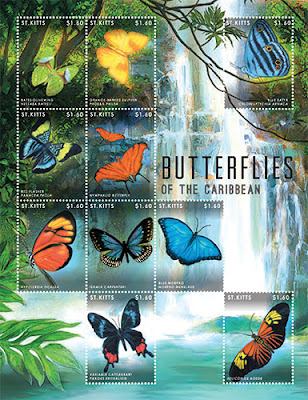 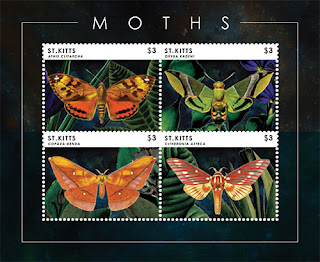 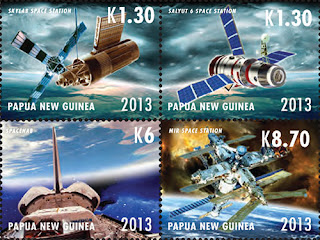 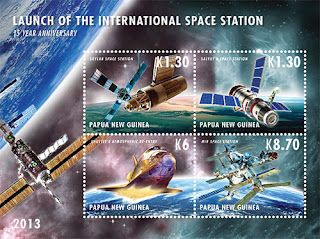 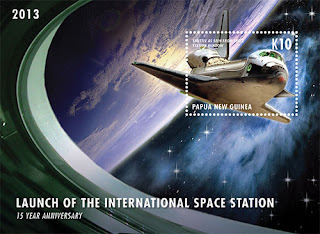 Grenada - 29 April 2013 - The Pontificate of Pope Benedict XVI - 2 sheetlets each of 4 different stamps and 2 m.s. It is arguable that this issue is of relevance to Grenada because the religion of a sizeable proportion o the local population is Roman Catholicism:- 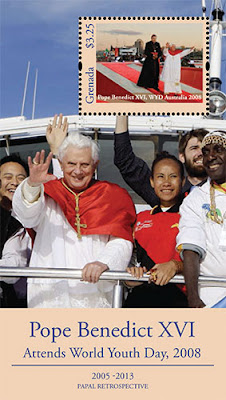 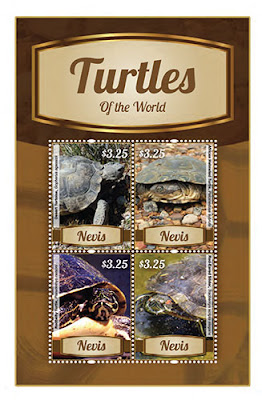 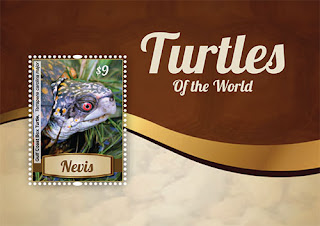 3 June 2013 - Election of Pope Francis - sheetlet of 4 stamps and 1 m.s. Unlike Grenada, Catholics make up a small part of the population of Nevis with the principal faith in the island being Anglicanism - it would have been more appropriate for Nevis to have issued a set of stamps to commemorate the installation of the new Archbishop of Canterbury which took place within a few days of the enthronement of the new pope (though no doubt less financially profitable for Nevis' philatelic agent):- 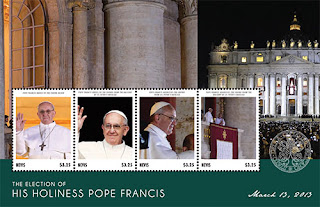 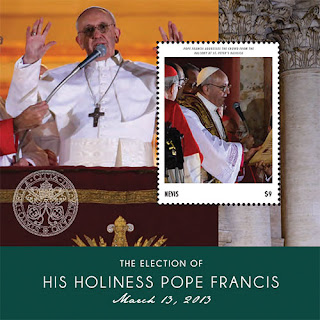 3 June 2013 - Parrots of The Caribbean - sheetlet of 4 stamps and 1 m.s. Apparently Nevis has no species of wild parrots which live in the island - the only types to be found there are specimens in the local Botanical Gardens! 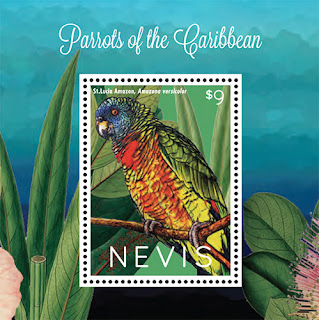 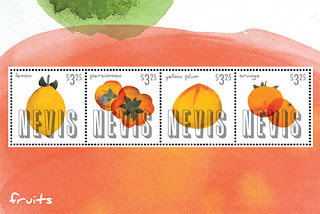 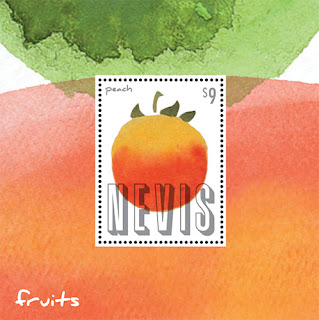