Following on from Blog 288, I realise that Guyana has issued another set of 3 stamps which are locally relevant and, judging by the face values, are actually intended for use on local mail in Guyana rather than simply being collectors' items. The set in question is the " Women in aviation" issue which was released on 9 July 2013 and which features local women aviators.
Cheryl Moore was born in 1950 in Georgetown and after working first as a student teacher and in the Guyana Defence Force she qualified for her pilot's licence in 1976 and flew planes for Guyana Airways and LIAT. She has flown a wide variety of aircraft all around the Caribbean area.
Beverley Drake, meanwhile, was born in 1956, also in Georgetown. She has over 37 years of aviation experience and as well as being a pilot for Guyana Airways she is also an aircraft incident investigator and is now based in The United States. How refreshing it is to have 3 stamps from Guyana which feature successful native Guyanans rather than yet another set featuring foreigners such as Elvis Presley or Marilyn Monroe or events of limited local relevance such as the interminable Lunar new year issues.

The 2 female aviators are each depicted on $20 stamps and they are shown together in a black and white photograph which provides the design for an $80 value (shown at the head of this blog). 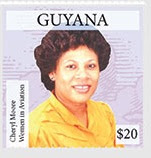 Along with the previously mentioned sheetlet of 10 x 60c gummed stamps, Australia has also issued a 10 x 60c booklet of self-adhesive stamps to commemorate the birth of Prince George of Cambridge:-

On 20 August 2013, Australia issued a set of 4 gummed stamps from ordinary sheets and 4 self-adhesive stamps from 20 x 60c booklets and a 5 x $1.20 sheetlet as well as a gummed miniature sheet, on the theme of Australian coral reefs. An attractive issue but what a lot of different versions of the same stamps which the dedicated collector will feel the need to buy:-

The most recent issues from Malaysia are:-
13 May 2013 - Wonders of Malaysian forests - 3 miniature sheets, each containing 5 different stamps. Designed by World Communications Network Resources and printed in lithography by Southern Colour Print:- 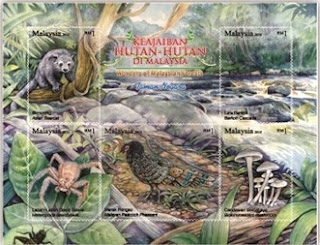 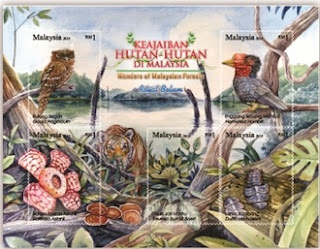 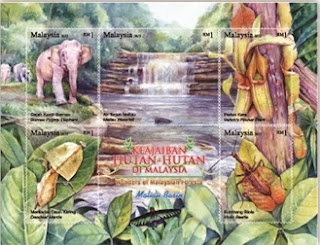 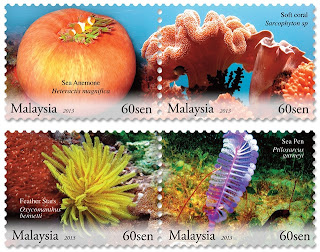 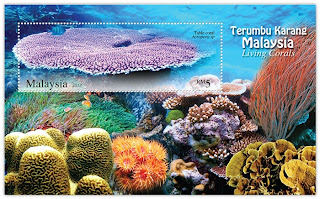 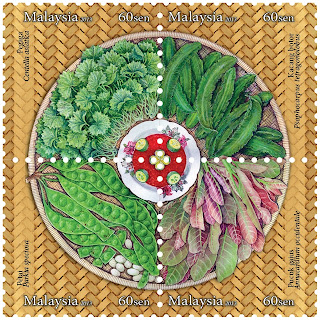