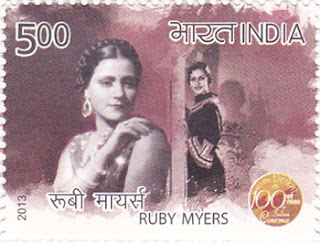 The Post Office of India issued a monumental set of 50 stamps on 3 May 2013 to commemorate the centenary of Indian cinema. The stamps were issued as 6 miniature sheets; there were 2 which each contained 9 different stamps which showed portraits of award-winning personalities connected with the Indian cinema and the remaining 4 miniature sheets each consisted of 8 different stamps which depicted other personalities of the Indian cinema. The stamps were designed by Kamleswar Singh. Some of the designs are depicted above and below:- 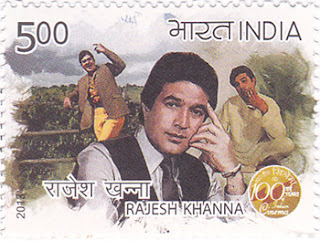 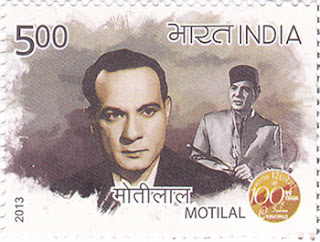 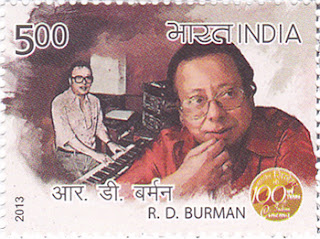 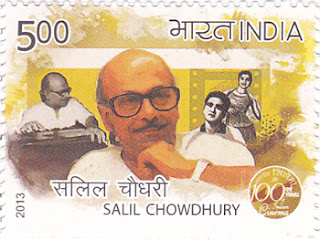 A charming pair of stamps and a miniature sheet which united the 2 designs were issued on 10 May 2013 to highlight Gharkar in Kutch and Kiang in Ladakh. Both designs depicted local wild equines:- 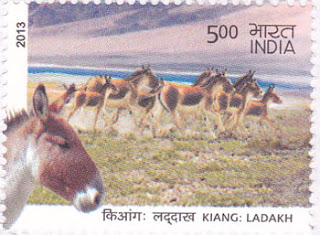 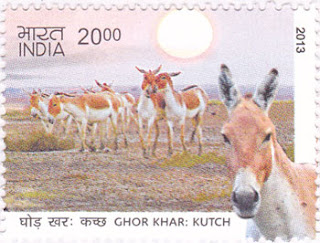 One stamp was issued on 24 May 2013 which commemorated the Securities And Exchange Board Of India:- 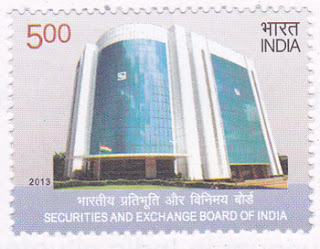 A single stamp was issued on 25 June 2013 to commemorate Peezada Ghulam Ahmad Mehjoo:- 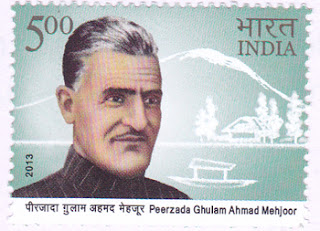 and 1 stamp was released on 13 July 2013 to commemorate the Delhi Gymkhana Club:- 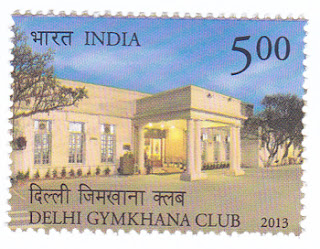 Pakistan's latest stamp issue appeared on 30 July 2013 to commemorate Pir Meher Ali, a Sufi Saint. The stamps was designed by Adil Salahuddin and lithographed by the Government Security Printing Organisation in Karachi:-

On 13 August 2013, the British postal service, Royal Mail, will issue another 6 stamps and 1 miniature sheet to commemorate the birth centenary of Henry Royce and the centenary of the motor manufacturing company, Aston Martin. The m.s. contains 4 different stamps which depict public service vehicles including a Royal Mail post van so as to fulfill the need to issue a stamp for the annual Europa series which has been approached very unenthusiastically by those who plan the British new issue programme over recent years. The designs of the set are by Why Not and the issue was printed in lithography by Cartor:- 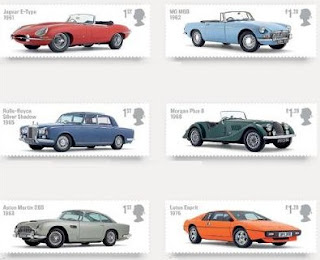 Still on the subject of Transport comes the latest collection of issues produced by the Stamperija philatelic agency on behalf of the Mozambique Post Office. This rather bizarre collection which was said to have been issued on 20 March 2013 consists of 14 sheetlets each of 6 different "stamps" and 14 accompanying miniature sheets. Each unit of 1 sheetlet and 1 m.s. has a different sub-theme none of which has any relevance to Mozambique. The sub-themes are:- Old racing cars; the London Underground Railway; (European) horse-drawn transport; Military helicopters; Enzo Ferrari; the World's fastest trains; Light and medium jet planes; Historical military vehicles; Icebreaker vessels (!); Motor cycles; (foreign) Early aviators; "Sailing on the ice" (!); (European) mail transport:- 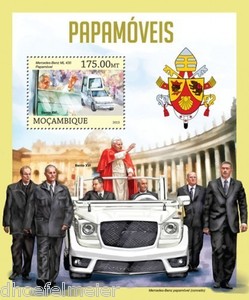 So far then, in 2013, by 25 March, the Mozambique Post Office has had 208 stamps and 46 miniature sheets (total 254 items) produced in its name for sale to any stamp collector who thinks that buying them is a good way to spend their money.
Of far greater importance than any of the flim-flam which Stamperija can churn out is the appearance on the internet of a monograph by Steven Zirinsky on the recent 20c surcharges issued by Guyana (zirinskystamps.com/Publications?web%20publications/Guyana%2010-3). He highlights that a machine-printed surcharge was issued on 11 May 2010 when the previously issued $6 lapwing definitive stamp was revalued to 20c. Subsequently a very large number of items were surcharged by hand, as shown in previous blogs (255 and 260), and he lists 69 items produced so far with a number appearing in recent months during 2013. These 69 items however include sheetlets which contain as many as 16 different stamps (including 3 Disney stamp sheetlets) and in consequence he has illustrations of as many as 167 different stamps.
This is a marvellous piece of work about real stamps produced for use on mail in the cheapest way possible that a cash-strapped Post Office could come up with. It's all a bit much for a general collector of Commonwealth stamps - some of the items are clearly very rare and consequently expensive but for someone looking for a specialist interest these items would make a fascinating study. At least I have a small representative accumulation for my general Commonwealth collection to demonstrate what has really been happening in Guyana in these past 3 or 4 years and if possible I may try to obtain any future new issues if they become available providing they are affordable. Steven Zirinsky's monograph does not illustrate the single printed surcharge so presumably he has not been able to obtain an example of it so far and it will be very interesting to see what it looks like. He points out that many of these stamps are being listed in the Scott Catalogue and expects Stanley Gibbons to follow suit. It's all very interesting.
Posted by White Knight at 05:23