St. Helena issued 4 stamps and a miniature sheet on 8 August 2013 to commemorate the late Baroness Thatcher, former British prime minister. The designs show 4 well chosen photographs of "The Iron Lady" which marvellously sum up the personality of the stateswoman. I see that the St. Helena Philatelic Bureau now states on its website that all distribution of its stamps will be carried out by its philatelic agent, Harry Allen in Britain, rather than being sent from the island bureau itself so not only will collectors not receive the items they order in mail with a St. Helena postmark they also will not receive their items at face value (the face value of the Baroness Thatcher set is £2.50 but is now being sold on the website with a large mark up at £3.12p - presumably to cover 20% value added tax which is 50p plus another 12p of unknown necessity). 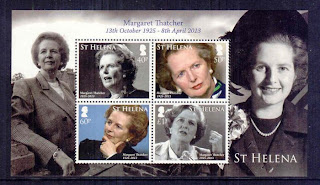 The most recent issues from South Africa are:-
14 June 2013 - the Fish eagle - 1 miniature sheet comprised of 2 self-adhesive stamps, designed by Chris van Roogen and lithographed by Enschede:- 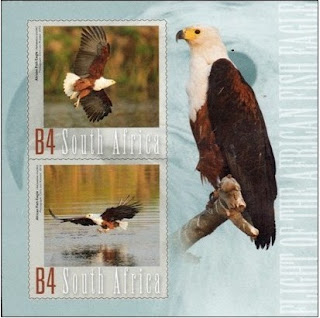 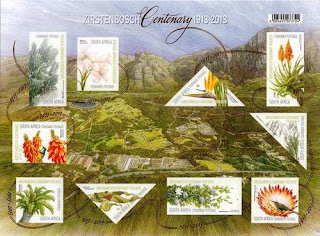 10 May 2013 - Butterflies and moths of South Africa - sheetlet of 10 stamps. Designed by Andre Olwage and lithographed by Southern Colour Print:- 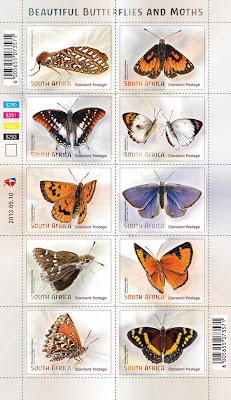 I also have illustrations of recent issues from Namibia:- 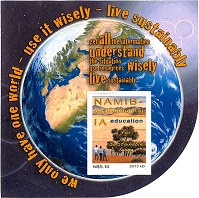 Finally, the most recent issues from Ireland:- 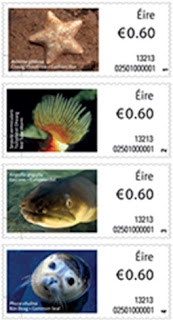 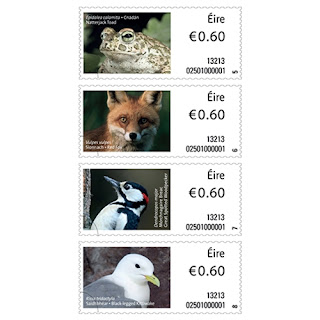 22 August 2013 - Centenary of the Great Lockout - 3 stamps and a 10 euros prestige booklet. Designed by Ger Gerland and printed in lithography by Irish Stamp Security printers:- 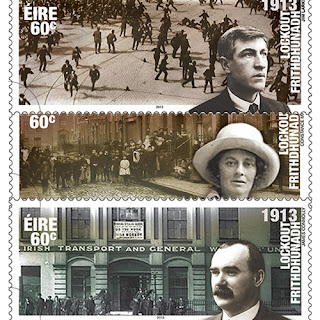