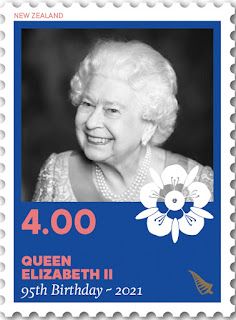 🇳🇿 New Zealand Post will commemorate the 95th Birthday of Queen Elizabeth II by the issue of 4 stamps and 1 miniature sheet containing the 4 stamps on 7 April 2021. The $2.70 value depicts a photograph of the Queen taken during her 1953-54 Coronation tour of New Zealand when she became the first reigning monarch of the country to visit the country.. The stamps were designed by Nick Dyer and lithographed by Southern Colour Print and are perforated 14. I don’t particularly like the designs - for me the blue and salmon pink colours with black and white photographs do not really work for me. Rating:- ***. One interesting point about the issue is the minuscule inscription of the country’s name in the upper left white border - it’s almost as though the designer forgot to include the country’s name in the designs and this was a last minute addition. 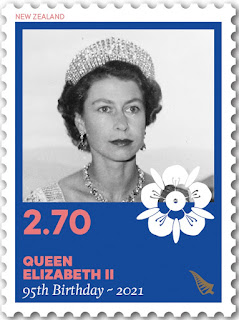 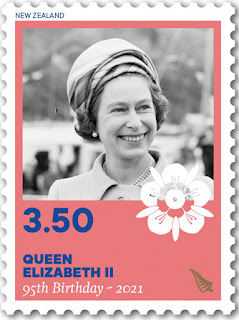 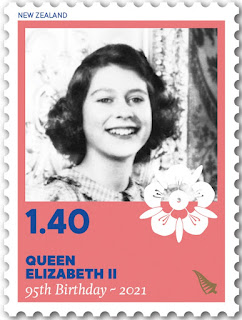 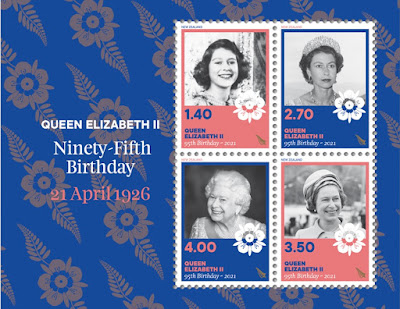 A sheet containing 6 different stamps was issued on 19 March 2021 to commemorate the successful defence by Emirates Team New Zealand of the America’s Cup. The six stamps were designed by John Morris of New Zealand Post and printed by the Collectables and Solutions Centre in Whanganui. The stamps are perforated 14.5. Rating:- ***. 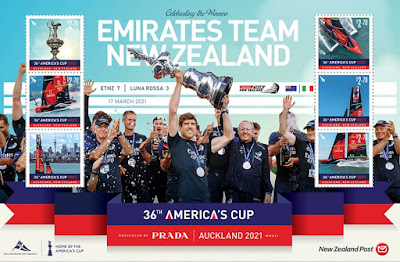 🇸🇬 Singapore Post will issue a set of 4 stamps on 26 March 2021 titled Hawker Culture. The designs by Lim Wenbin of Pinch Design Pte Ltd and the stamps were lithographed by Secura and are perforated 13. The stylised designs either appeal to the collector or they do not. I’m not particularly enthusiastic about them but they are certainly eye-catching. Rating:- ***. 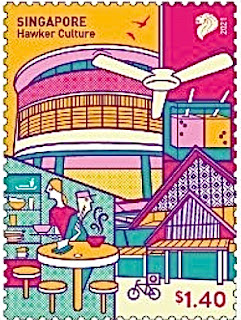 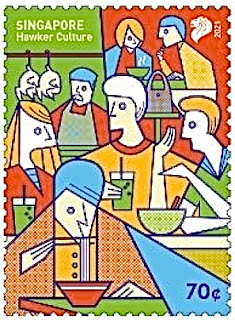 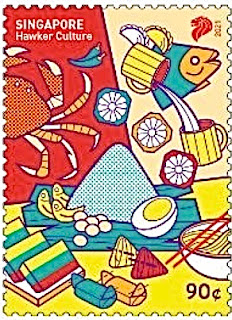 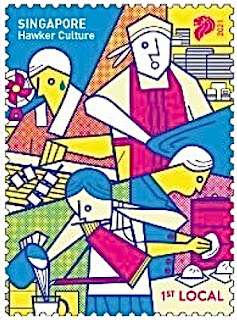