1839. 🇸🇭🇧🇸🇬🇧🇻🇬🇫🇰🇬🇸🇸🇭 Devoted To Your Service Omnibus Due 21 April.

🇸🇭🇧🇸🇬🇧🇻🇬🇫🇰🇬🇸🇸🇭  Pobjoy Stamps has sent out details of an omnibus issue to be released by the 7 postal services for which it and Creative Direction, produce, distribute and publicise new issues, to commemorate the 95th Birthday of Queen Elizabeth II. The omnibus was designed by Bee Design and lithographed by Cartor and the stamps are perforated 13.5. As can be seen the designs are similar to those already announced or issued by the postal services of Isle of Man and Gibraltar to commemorate this memorable birthday and are on the the theme of Devoted to your Service. Each issue is made up of 6 stamps and there is an additional very charming single-stamp miniature sheet from The British Virgin Islands. It is planned that all issues will be released on the actual date of The Queen’s birthday - 21 April 2021. There will also be similar issues from Guernsey Post and Jersey Post. Perhaps we are over-familiar with some of the photographs used in the designs but it’s lovely to have a good old-fashioned omnibus issue beautifully produced:- *****. 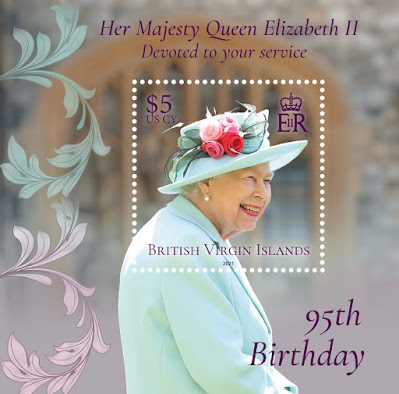 Royal Mail’s latest Philatelic Bulletin reveals that the next 2 issues from the company will be:-

While there is much about the United Kingdom that deserves to be featured on its national stamps but has never been honoured in that way, sets on both of these subjects have been released in the past. Bizarre. Those who plan the new issue programme obviously have a very limited world view and even more limited view and knowledge of the country.

Isn’t it all just completely dull now? and, one asks oneself, can I be bothered? I’m afraid the answers are a) yes and b) no.

I see that the Bulletin also announces the withdrawal of the Treaty of Arbroath miniature sheet just before the holding of the elections to the Scottish Parliament. I guess that the withdrawal was probably due anyway but the withdrawal is timely since the elections will be all about having a second referendum (neverendum) on Scottish independence and so I assume that Royal Mail would have found it awkward  having on sale during the election campaign a philatelic item which commemorates a document which embraces Scottish independence. One wonders whether or not the Scottish Nationalists will notice that Royal Mail will still be selling the recently issued miniature sheet which celebrates the very existence of the entity called The United Kingdom. 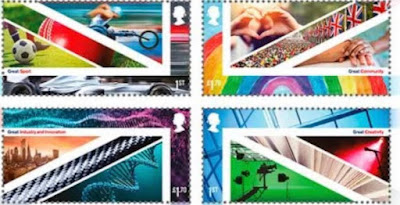