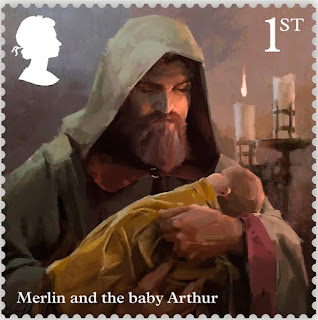 🇬🇧 Royal Mail will issue 10 new stamps (2 se-tenant strips of 5) on 16 March 2021 on the subject of the Legend of King Arthur. It offers no explanation as to why this particular subject has been chosen to be featured at this particular moment. Perhaps someone can offer a reasonable suggestion. King Arthur may  or may not be pure legend or possibly be a real historical character who held back the spread of the Saxons into the lands of the British for some years after defeating them in a mighty battle at an unknown place called Mons Badonicus in southern Britain (possibly near the Roman city of Bath) around 500-520 AD. For centuries he and the characters surrounding him have became central to one of the greatest romantic legends in world history.
The designs from illustrations by Jaime Jones show characters with faces which are identifiable more as those of the cool and attractive young people of the 21st century rather than images of the hardened people of post-Roman England and their clothing and locations place them firmly in the time of the Plantagenets when the Arthurian romance was coming into its full bloom which perhaps is as it should be. There’s Guinevere, Merlin, Lancelot, Gawain, Galahad, The Lady of the Lake, Mordred, Excalibur and the Holy Grail all appearing in the set. The set also includes an inevitable dragon and has more the feel of a follow-up to the Game Of Thrones issue than anything else.
The issue was lithographed by International Security Printers and perforated 14.5.
An issue on the same subject was released by Royal Mail in 1985. Nice art but why the issue? Rating:- **. 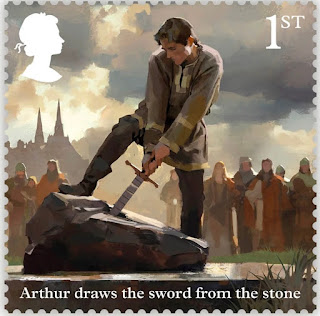 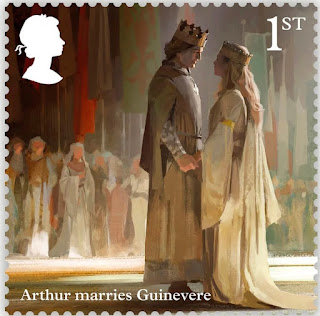 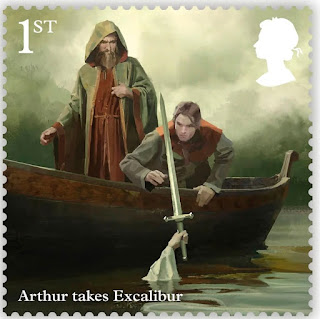 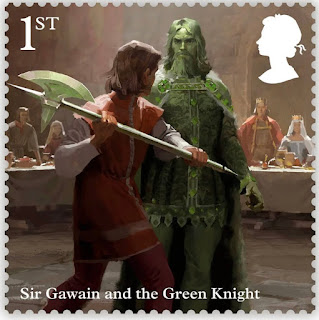 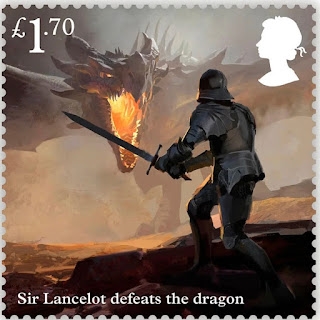 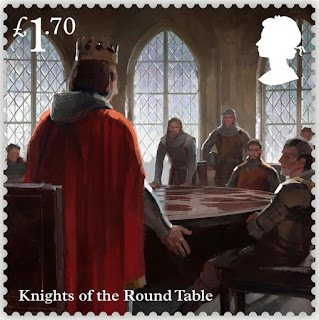 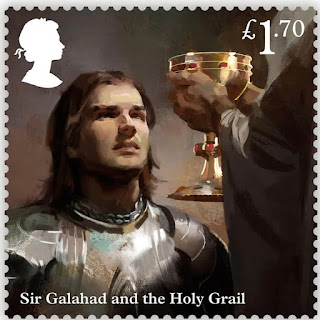 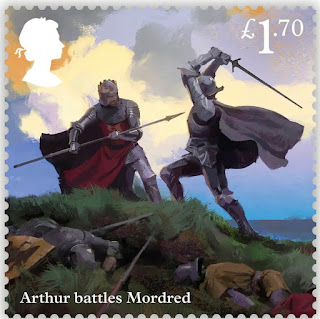 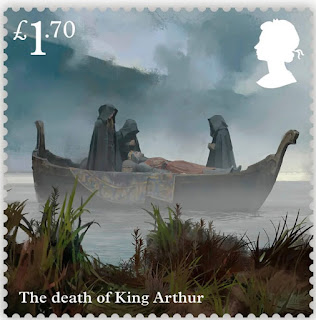 🇧🇩 Meanwhile Bangladesh Post has released some more stamps dealing with events in the life of its own modern icon, the Father of the Nation, Sheikh Mujibur Rahman who led the country’s struggle to gain independence from rule by Pakistan in 1971. I have featured several of these in earlier blogs but now feature better illustrations. Generally the dates of the events (day and month) appearing on the stamps are the dates of issue in 2021 on the anniversaries of the featured events. 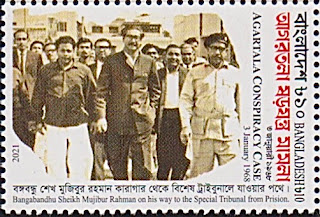 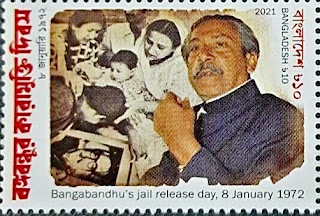 10 January 2021 - 49th anniversary of Sheikh Mujib’s return to Bangladesh after his release from prison - 1 stamp. 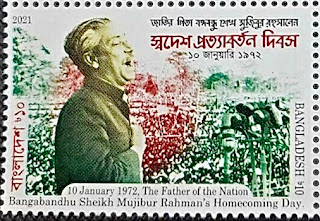 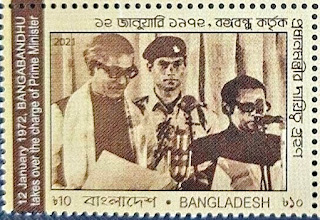 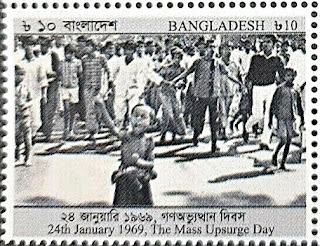 25 January 2021 - 46th anniversary of Sheikh Mujib’s swearing in as President of Bangladesh - 1 stamp. 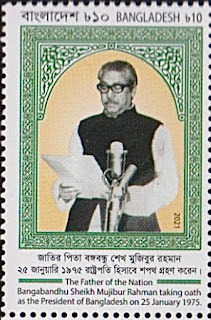 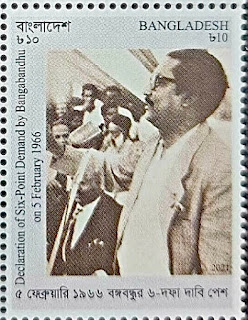 22 February 2021 - 52nd anniversary of the Withdrawal of the Agartala Conspiracy case - 1 stamp. 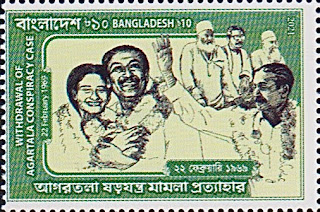 23 February 2021 - 52nd anniversary of Sheikh Mujib being bestowed with the title Bangabandhu (Father of the Nation) - 1 stamp. 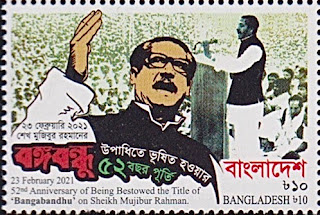 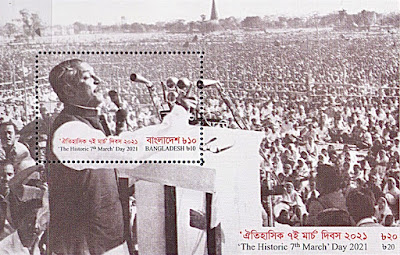