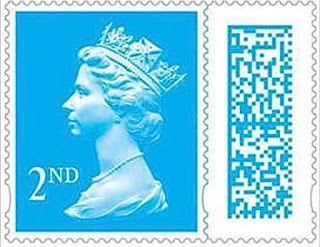 🇬🇧 Royal Mail intends to evolve its everlasting Machin Head definitive series further when it releases on 23 March 2021 the 2nd Class value with a barcode printed on it. It is intended that the the stamp will be sold to business customers via office supply and stationery expert Viking Direct and from the Royal Mail online shop. The barcode will be placed next to The Queen’s head separated by simulated perforations. The new addition to the Machin Head design has been explained thus, “Adding barcodes to stamps means that smaller businesses can take advantage of commercial mailing rates and services to send  mail-sized parcels from individuals’ homes without specialist franking machines or having to buy expensive pre-printed envelopes”.

The stamp is issued in sheets of 50, is larger in size than the usual 2nd Class stamp, is printed in gravure by Walsall and is perforated 15x14.5. 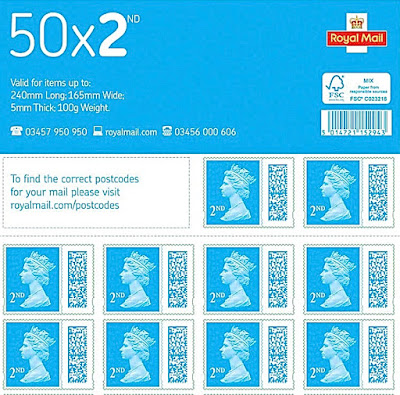 🇲🇹MaltaPost issued a set of 3 single-stamp miniature sheets on 18 March 2021 as part of the United Nations Act Now programme. This rather unexciting issue was designed by MaltaPost using images supplied by the United Nations and was lithographed by Printex. Rating:- *. 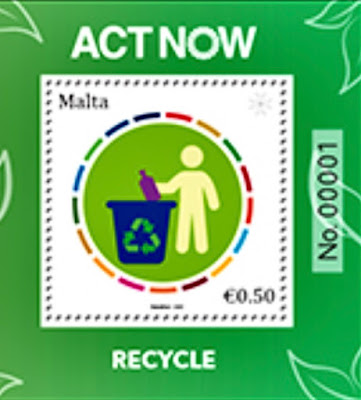 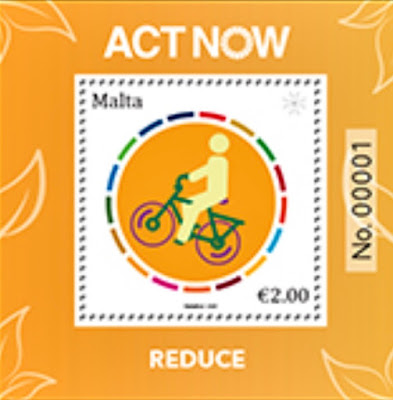 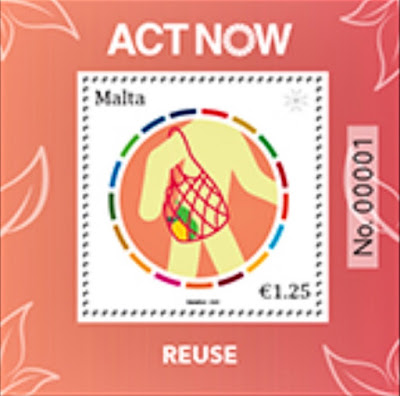 🇬🇧 Much less interesting than the barcoded Machin Head above is another tiresome product from Royal Mail which will be released on 29 March 2021 and which takes the form of a counter booklet of 6 identical 1st Class rate self-adhesive stamps which are the same as a stamp which originally appeared in the 2020 prestige booklet and miniature sheet to commemorate the veteran popular music group, Queen. The stamps were lithographed by Walsall. Rating:- 0. This information was found on Ian Billings’ indispensible Norvic Philatelic Blog. 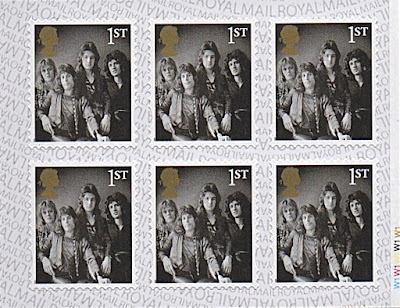 🇹🇿 Despite the fabulously successful rollout of the COVID-19 vaccine in The United Kingdom and the enormous fall in deaths here when compared with the third wave of the illness which seems to be about to engulf the rest of Europe which has seen its leaders dither over vaccinations, we are reminded that the virus has not yet run out of steam. The death has been announced from COVID-19 at the age of 61 of the President of Tanzania, John Magufuli.

In recent months Magufuli’s government had claimed that the country was free from COVID-19 and had rejected the idea of a national vaccine programme and there has been very little testing for the virus in the country. Now the virus seems to have got the better of him. Ironically Magafuli had responded to the pandemic by calling on the citizens of Tanzania to counter the virus with prayers and herb-infused steam therapy. He is succeeded by the former Vice President, Samia Suluhu  who becomes the first woman to be President of Tanzania. I am not aware of any postage stamps of Tanzania which have depicted the late President.

Magafuli becomes the second Commonwealth leader to die from COVID-19 - the prime minister of eSwatini, Ambrose Dlamini, died at the age of 52 from the condition on 13 December 2020.