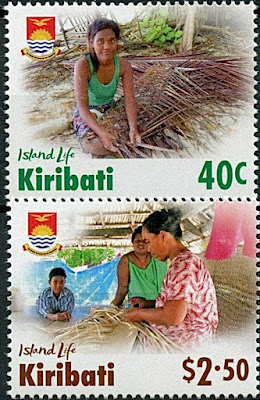 🇰🇮 These are the sort of new issues I like - stamps which illustrate and inform the collector about the country whose name appears on them - be it about the people, the culture, the wildlife, the scenery, the history, the architecture, the folklore and so on. A good sensible set of stamps, pleasingly but not over-cleverly designed, with face values that ensure a profit for the postal administration but which do not leave the collector feeling robbed. Is it too much to ask for? Alas, with so many postal services and philatelic agencies it is indeed too much to hope for to the ruin of the hobby.

The postal service of Kiribati however has that fine attitude towards issuing stamps which do indeed highlight the country’s story. The latest new issue of 4 stamps and 1 miniature sheet containing 2 different stamps from the Kiribati postal service fully lives up to my hopes and has the title Island Life and illustrates various aspects of the way people live in the small island nation. It’s a great little set and was released on 1 February 2021. Rating:- ****** (yes, 6 stars). 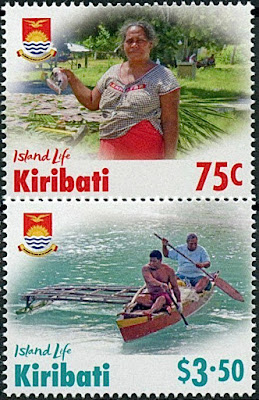 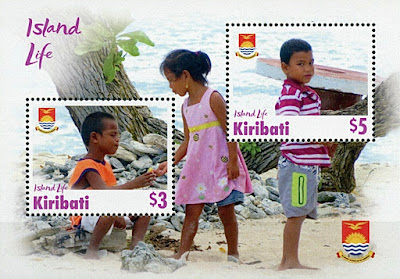 🇺🇬 In Blogs 1797 and 1798 I mentioned the set of stamps from Posta Uganda which commemorated the 65th birthday of the Kabaka of Buganda. I initially speculated that the 2 stamps were accompanied by a miniature sheet but eventually concluded that the issue was made up of just the 2 stamps. Now it appears that there was indeed a miniature sheet which contained both stamps and this item is now being offered for sale on an internet auction site. Rating:- *****. 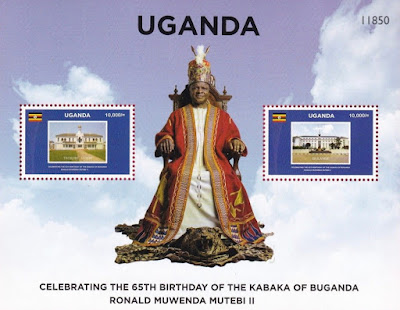 🇲🇿 A second item which has only just come to my attention is a single ‘real’ locally produced stamp from the postal service of Mozambique. This item dates back to 2017 and is on the subject of Children but the poor quality of the illustration on top of the poor printing of the stamp makes it difficult to read the inscription (and in truth my ability to read Portuguese is somewhat absent). Still, an interesting item. Rating:- *****. 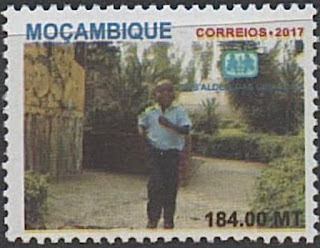