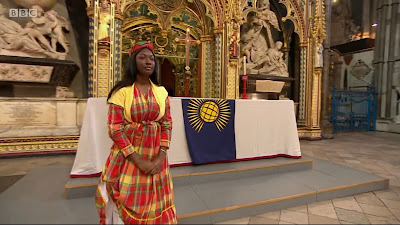 Commonwealth Day is being held this year in 2021 on 8 March. Last year’s celebrations were muted by the COVID-19 pandemic and for the same reason this year’s commemorations are virtual rather than taking place physically. Each year Commonwealth Day is given a theme but this year it will be the same as that of 2020 - “Delivering a Common Future - Connecting, Innovating, Transforming” which is also the theme of this year’s Commonwealth Heads of Government Meeting (CHOGM) which was due to take place in Rwanda in 2020 but also had to be postponed and is planned to take place in Kigali in June this year but whether or not it can take place as a physical meeting under the present circumstances must be very doubtful. I detail the history of stamps which commemorate the various CHOGMs over the years in Blog 1617. As the Rwandan postal service has not issued any postage stamps now for more than ten years it did seem unlikely it would do so to commemorate the holding of CHOGM in the country though it is an important international event for the country’s President to host and he might have liked to have his national postal service commemorate the event philatelically. But the likelihood of any such stamps appearing seems even more diminished now with the ongoing pandemic.

Of course Royal Mail did not feel it was an event worth commemorating when the last one was held in The United Kingdom in 2018 and the then prime minister Theresa May missed the opportunity of having her hosting of the meeting commemorated for all time on a stamp because her officials failed to press the idea on Royal Mail and to recognise the value of the postage stamp as a political statement. Sadly Royal Mail misses the opportunity to commemorate many significant events and people on its stamps such as its recent failure to commemorate the achievements in boosting the national mood during the present pandemic of the much loved Captain Sir Tom Moore.

At the time of the conference Norvic Philatelics Blog did draw attention to an interesting and presumably scarce item which was provided by Royal Mail to those attending the conference. A special postbox was provided at the Queen Elizabeth II Centre in Westminster and this could only be accessed by delegates for 3 of the 5 days of the conference. A special event postcard depicting key venues used during the CHOGM was provided to the delegates and the item received an exclusive handstamp. Norvic rightly mused why the postmark was not available for ordinary collectors to create an item to add to their collection.

The postcards were produced by Clear Mapping Company and the company reported that they were given out to more than 2000 delegates and “The Royal Mail kindly provided a unique franking stamp for the occasion, so the delegates could send their postcards around the world for free. These have already reached far away destinations such as Cyprus, Jamaica and New Zealand!”. Norvic noted that the company had “already produced maps for Kigali, the venue for the next meeting late next year”. Ah! the best laid plans of mice and men. 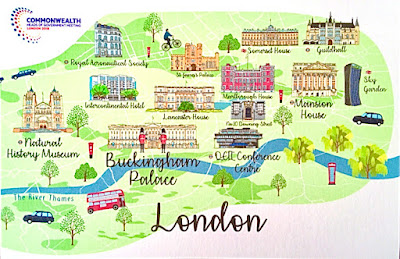 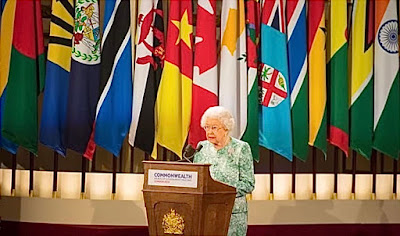 An important feature of Commonwealth Day is the role played by Queen Elizabeth II who is Head of The Commonwealth. This remarkable and dedicated woman who is a determined and devoted supporter  of The Commonwealth as an institution celebrates her 95th birthday on 21 April 2021 and as revealed in recent Blogs we know that a number of the postal administrations of Commonwealth members or their territories are planning, or have already issued, stamps to commemorate the Queen’s notable birthday. Issues have been released or are expected from Australia, New Zealand, Isle Of Man, Jersey, Guernsey, Gibraltar, Ascension Island, Bahamas, British Antarctic Territory, British Virgin Islands, Falkland Islands, South Georgia And The South Sandwich Islands, Tristan Da Cunha and Grenada Carriacou And Petite Martinique. No doubt there will be numerous other issues over the coming few months. 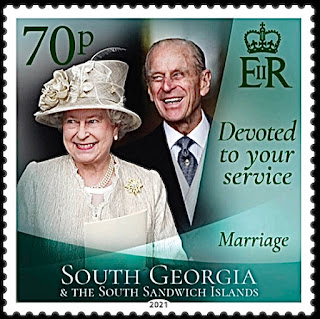 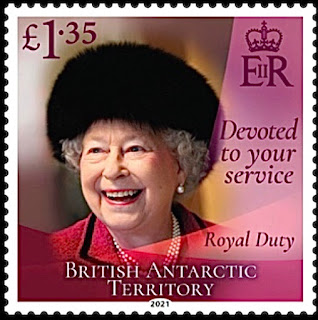 The Queen usually attends a celebratory service at Westminster Abbey on Commonwealth Day but as this is not possible this year she instead delivered a celebratory message by television on Sunday 7 March. The Prince of Wales and the Duchess of Cornwall as well as the Duke and Duchess of Cambridge and the Countess of Wessex also participated by sharing their perspectives on the importance of Commonwealth links. The celebration also included readings, prayers and music from around The Commonwealth.

The Queen’s role as Head of The Commonwealth was alluded to by Royal Mail on one of the panes from the ‘Prestige booklet’ it issued in 2016 to commemorate the Queen’s 90th birthday:- 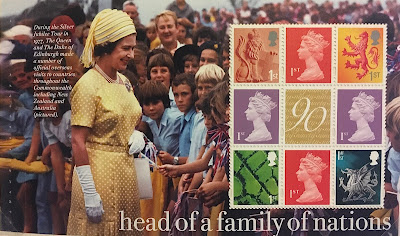 For the present at least The Queen remains Head of State of 16 Commonwealth nations - United Kingdom, Canada, Australia, New Zealand, Jamaica, Barbados, Bahamas, Antigua And Barbuda, Grenada, St Kitts-Nevis, Saint Lucia, St Vincent And The Grenadines, Belize, Papua And New Guinea, Solomon Islands and Tuvalu. The stamp issues of a large number of these are unfortunately managed by an exploitative philatelic agency which for a long time has seen the potential for financial gain by releasing stamps on behalf of its ‘client’ postal administrations with a royal theme and when it produces philatelic items celebrating The Queen usually fails to understand that it should portray her as Head of State of the respective country rather than as the British monarch. 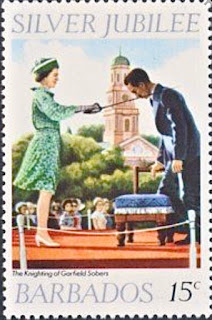 It is planned by the government of Barbados, not for the first time, that the country shall soon become a republic so the commemoration of that event will be a stamp issue for which collectors should look out perhaps later in the year. But Barbados will remain a member of The Commonwealth, one of 54, and hopefully take part in next year’s Commonwealth Day celebrations which, virus permitting, should be more normal.

Next year too, will see the holding of the Commonwealth Games in Birmingham in England and that event surely will generate a special stamp issue on a Commonwealth theme from Royal Mail. Or perhaps not, doubtless there will be some 1970s veteran music performer or 1980s BBC television comedy programme or a new American science fiction movie featuring a few British actors on considerably lower rates of pay than the Americans appearing in the film, all of which will have precedence as a possible stamp issue with Royal Mail feeling it can make larger profits for them.

In the meantime, Happy Commonwealth Day! 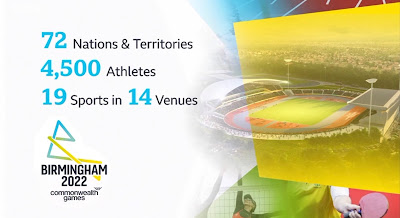 Scenes from the 2021 Celebration:- 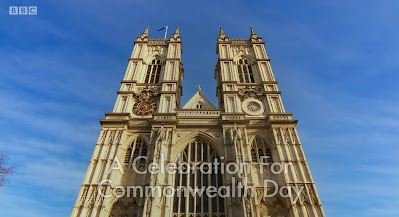 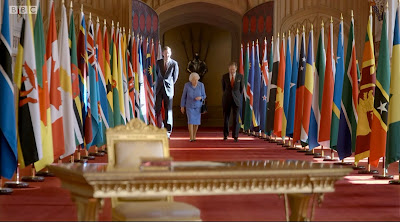 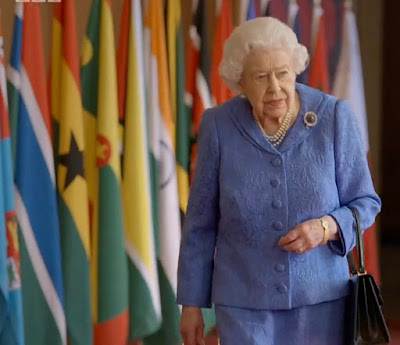 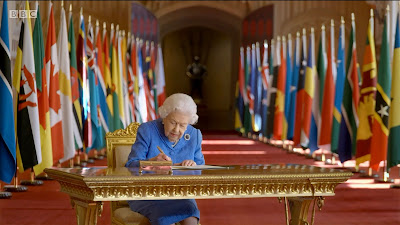 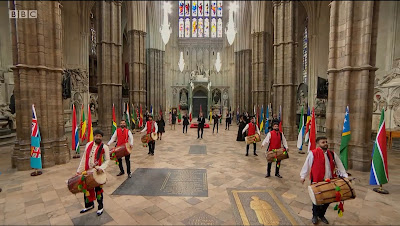 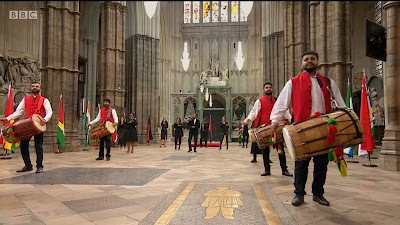 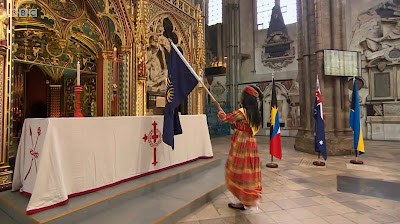 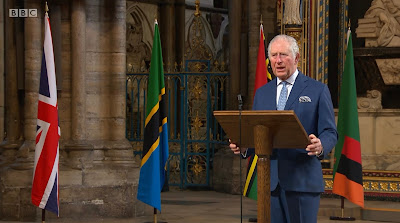 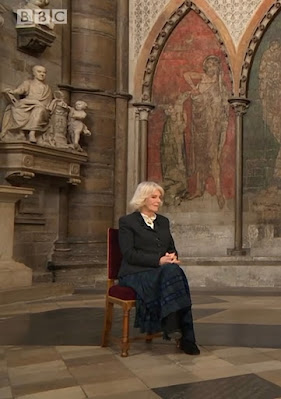 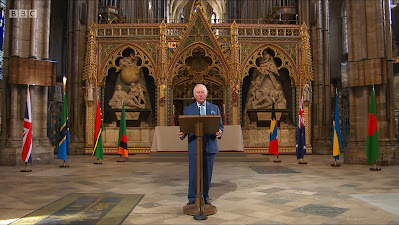 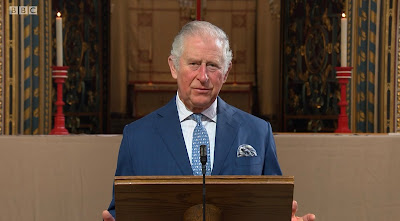 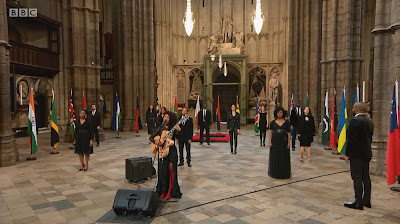 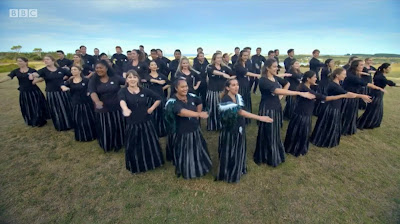 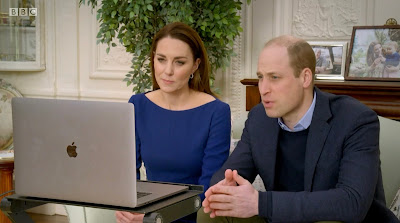 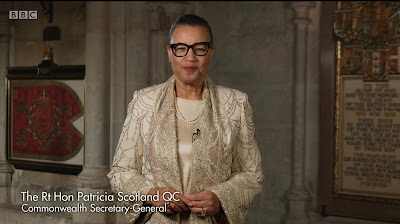