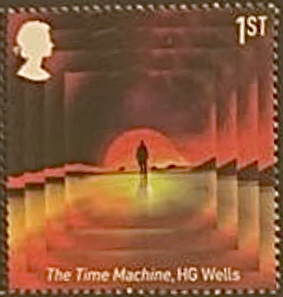 🇬🇧 A little bird has indicated that another little bird has revealed a photograph of the 6 upcoming Royal Mail Science Fiction classics stamps presentation pack and here are the best illustrations I can manage of the stamps inside the pack. The set is made up of 3 se-tenant pairs - the 1st Class rate values feature respectively Mary Shelley’s Frankenstein and HG Wells’ The Time Machine (both of which have featured on previously issued Royal Mail stamps), the £1.70 values depict John Wyndham’s Day of the Triffids and Aldous Huxley’s Brave New World and the £2.55 values feature Arthur C Clarke’s Childhood’s End and Doris Lessing’s Shikasta. These are good original designs and fit in a programme of British stamp issues much more than did last year’s Star Trek release so I have no real complaints about the set. 2021 does mark the 75th anniversary of the death of HG Wells and the 70th anniversary of the publication of The Day Of The Triffids and so maybe we can find an excuse or two for Royal Mail to have released this particular set this year. The date of issue will be 15 April 2021. Rating:- ***. 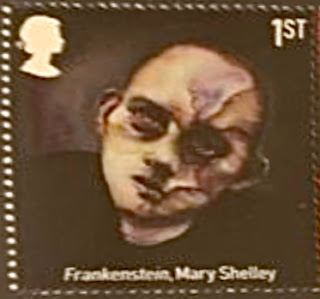 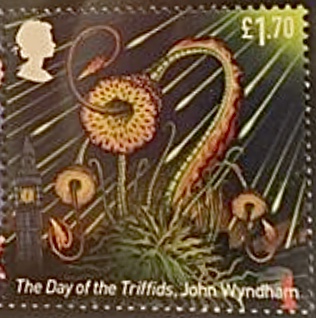 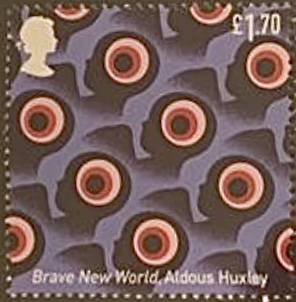 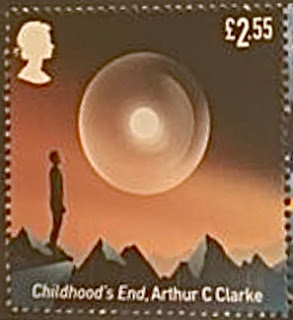 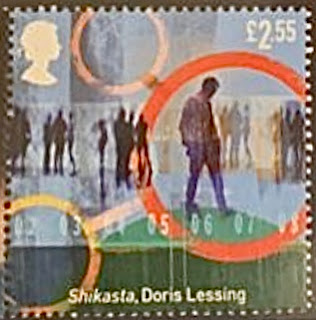 Here are the se-tenant pairs as illustrated by a first day cover producer:- 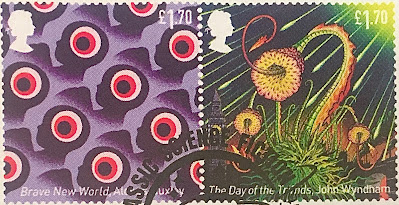 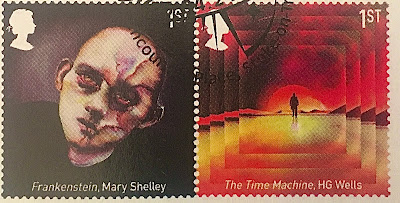 🇮🇲 Isle Of Man Post Office will issue a set of 6 stamps on 27 April 2021 to commemorate the 150th anniversary of the founding of the Guild of St John by the Victorian art critic, art patron, watercolourist and philanthropist, John Ruskin. The Guild of St John  was a charitable and educational trust which founded the Laxey Woollen mills in 1881 which therefore celebrates its 140th anniversary this year. The issue therefore clearly has relevance to the Isle Of Man. The stamps were designed by EJC Design and were lithographed by Cartor and are perforated 13. One or two of the designs are somewhat cluttered. Rating:- ***.

🇮🇳 Bangladesh Post and India Post released a joint issue on 27 March 2021 to commemorate the 50th anniversary of the establishment of diplomatic relations between the two countries. The Bangladesh issue is made up of a se-tenant pair depicting the respective parliaments of the two countries while that from India is a single stamp. The stamps are interesting but not particularly attractive. The Bangladesh issue was designed by Sumanto Kumar and was lithographed by Security Printing Corporation (Bangladesh) Gazipur and the stamps are perforated 12.5. Rating:- ***. 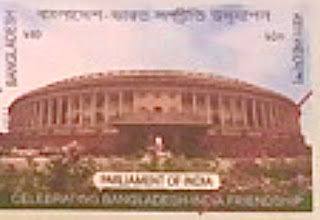 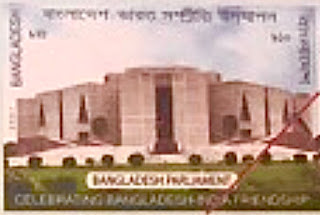 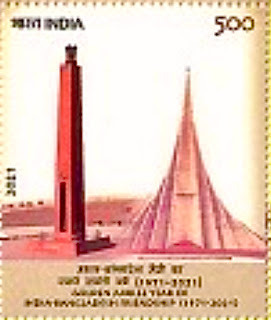