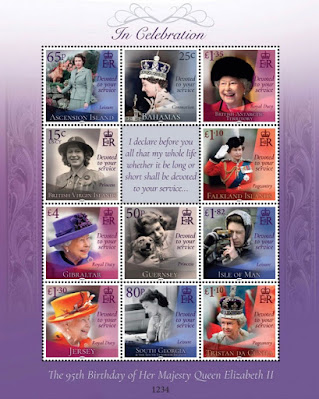 🇬🇬 Guernsey Post is now featuring on its internet stamps and collectables site a multi-territory miniature sheet to commemorate the 95th Birthday of Queen Elizabeth II. The stamps included in the sheet are one value each from the postal services of Ascension Island, Bahamas, British Antarctic Territory, British Virgin Islands, Falkland Islands, Gibraltar, Guernsey, Isle Of Man, Jersey, South Georgia And The South Sandwich Islands, and Tristan Da Cunha. The sheet is on sale for £15 and to be honest I quite like it.

The internet site also features the set of 6 stamps which Guernsey Post intends to issue on 21 April to coincide with the Queen’s birthday. They are in the style of the issues of the 10 other territories featured in the combined sheetlet and are generally colourful and appealing. Rating:- ***.

Also depicted below are better illustrations of the set previously featured in Blog 1837 of the set of 8 stamps which Guernsey Post intends to release on 2021 to commemorate the International Year of Fruit and Vegetables. The designs depict work by the Guernsey artist Petra Palmeri and are inscribed ‘Alderney’. The set will be issued on 24 March 2021. 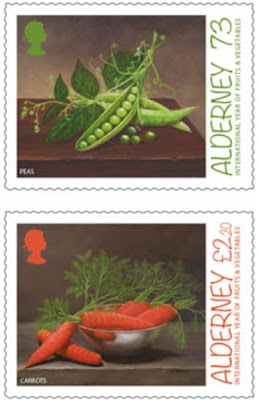 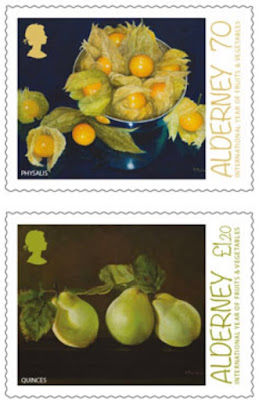 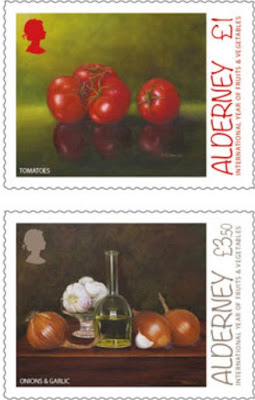 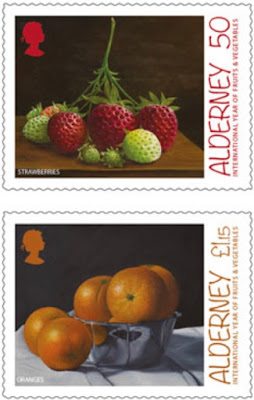 🇯🇪 Finally the set of 8 stamps to be released by Jersey Post on 1 April 2021 titled ‘Jersey From the Air’ which was featured in Blog 1828 will be accompanied by a miniature sheet containing all 8 stamps from the set. 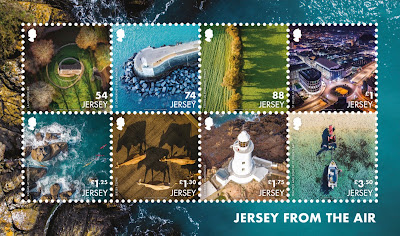