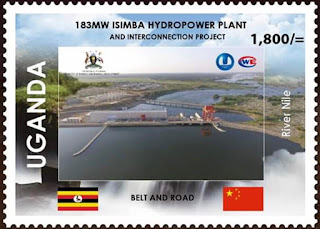 🇺🇬 It’s astonishing that western governments have not recognised the power of the postage stamp as a medium of publicity/propaganda in stressing their links with less well off countries in the way that The People’s Republic Of China (and to a lesser extent The Republic Of China/Taiwan) have done. Barely a week goes by now without an African or Asian or Pacific or Caribbean postal service releasing stamps which have almost certainly been donated by The People’s Republic (and sometimes Taiwan) and which commemorate and celebrate their links with China, either as an anniversary of the establishment of diplomatic relations between the two countries or the achievement of some major Chinese-funded project in that recipient country. The Chinese have embraced the postage stamp as a means of broadcasting worldwide the important role China is playing in the development, and its friendship with, so many countries in several continents.
This is an example the West could follow. In this era of Brexit when The United Kingdom needs all the friends (and trading partners) it can get the new British government could do worse, and at relatively low cost, than publicise its links with many developing countries by donating a few stamps for use of the post offices of these countries.
Other senior Commonwealth countries could do the same. Australia and New Zealand might want to  use the philatelic propaganda route for countries such as Timor Leste, to which Australia donated a set of stamps very much in the then style of Australia philatelic design when Timor Leste achieved independence, or to the small Pacific island nations. Canada might turn its attention to donating stamp issues to the Caribbean countries and Britain might care to help out some of the struggling African postal administrations with the odd set or two which emphasise Britain’s long-standing links with the countries. What about a donated set to Sierra Leone commemorating Britain’s role in putting an end to the terrible civil war there or the role it played during the Ebola crisis in 2015? There is plenty of scope in donating sets which highlight development projects (after all Royal Mail has been
keen to emphasise the rather more trite subject of the role British people have played in the making of the Star Wars movies or in the production of American Marvel comics).
Meanwhile the well-oiled Chinese philatelic propaganda machine proceeds at pace with a recent issue (date of issue - 21 March 2019) for the postal service of Uganda of 4 stamps and 1 miniature sheet containing all 4 stamps which commemorates the Construction and inauguration of the 183 MW Isimba Hydropower plant and interconnection project on the river Nile. An interesting issue when put in the context of the current struggle of the West with China for dominance, political and economic, in the world. Rating:- *****. 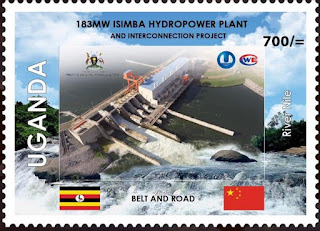 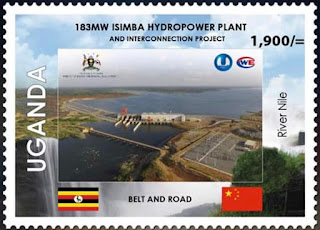 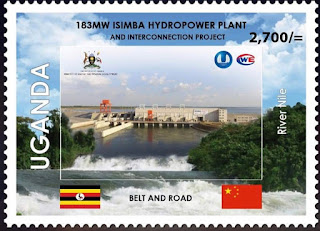 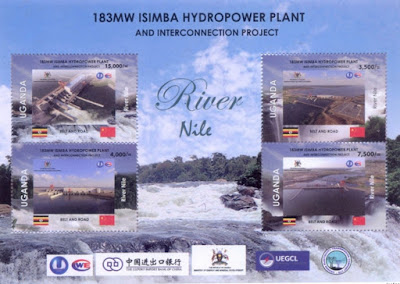 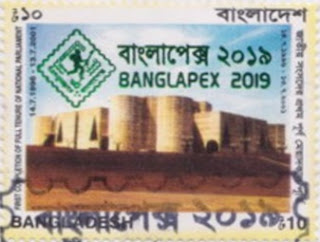 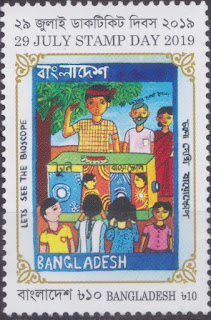 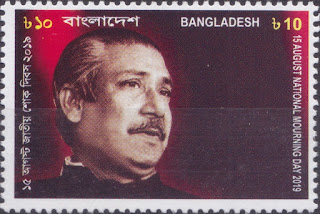 🇸🇬 Although not yet mentioned on the Singapore Post philatelic website items related to Singpex 2019 philatelic exhibition are now being offered for sale on an Internet auction site. There is a miniature sheet containing the 3 Year of The Pig stamps with attached labels and stamps from a My Stamp sheetlet. These items are great fun. Rating:- ***. 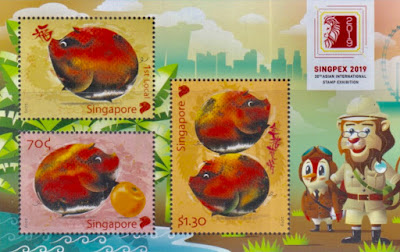 🇹🇻 I have previously mentioned the miniature sheet of 4 stamps issued by the Tuvalu postal service to commemorate the holding of the 50th Pacific Islands Forum Leaders Meeting In Tuvalu. It appears that the date of issue was 12 August 2019. Rating:- ****. 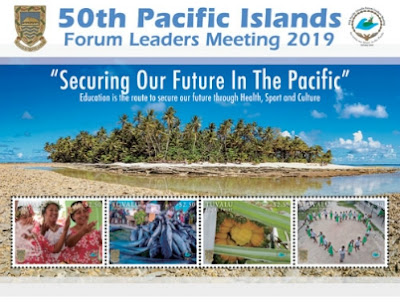 🇧🇼 Botswana Post issued a set of 5 stamps and 1 miniature sheet containing all 5 stamps from the basic set on 15 August 2019 as the fifth part of its ongoing ‘Wetlands’ series. The subject of this part is the Nxai Pans and the stamps feature 4 different mammals with a Lanner falcon on the fifth stamp. The issue was designed by Anja Denker and Mongkoki Samson and lithographed by Southern Colour Print. Rating:- *****. Another very pleasing issue from Botswana Post. 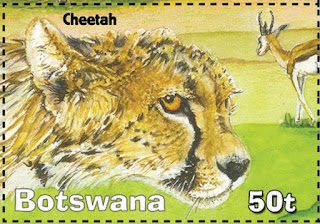 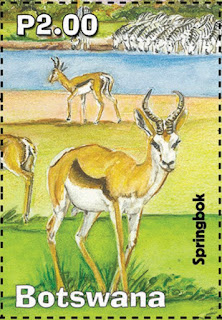 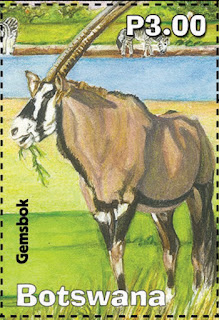 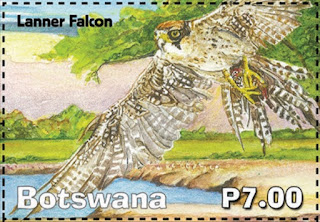 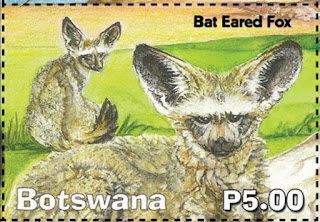 🇬🇸 Bounty Post (the postal service of Pitcairn Islands) intends to release the following issues for the rest of 2019:-

which all sounds perfectly reasonable to me.
🇨🇰 In Blog 1488 I omitted mentioning that Philatelic Collector Inc. also issued a single stamp miniature sheet on the subject of Suwarrow Atoll National Park in the name of The Cook Islands. An attractive item of local interest. Rating:- ***. 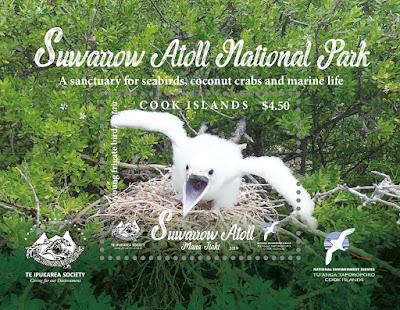