🇲🇼 Malawi Post issued 7 miniature sheets - one containing 6 different stamps and the others containing a single stamp each - on the subject of Gemstones of Africa on 8 August 2019.
These issues from Malawi Post are worrying - a complete set of multi-stamp sheet plus additional miniature sheets is expensive and a number of issues recently have depicted subjects not necessarily directly relevant to Malawi showing subjects which might be found in the very large whole continent rather than in the small central African country itself. Hence this issue is ‘Gemstones of Africa’ rather than ‘Gemstones of Malawi’. Fortunately there are still only a small number of new issues annually.
The issues are also rather poor quality. They usually take the form of not necessarily well chosen photographs with some writing added to them. The inscriptions are also remarkably full of errors - the latest issue has a number of appalling spelling mistakes - ‘Smoky quarts’ (instead of ‘smoky quartz’), ‘Emareld’ (instead of emerald’) and ‘Saphire’ (instead of ‘sapphire’). These are quite shoddy items. Rating:- *. 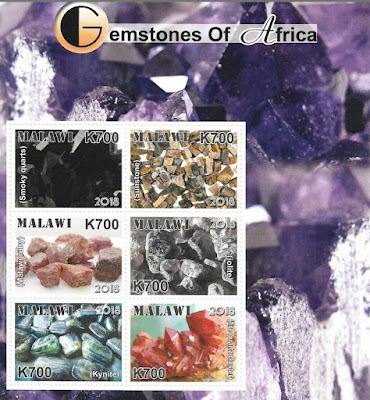 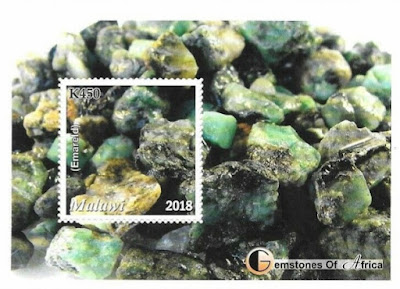 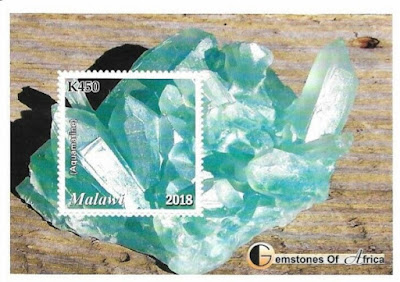 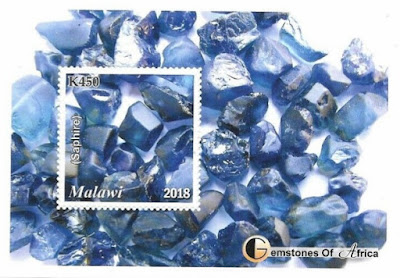 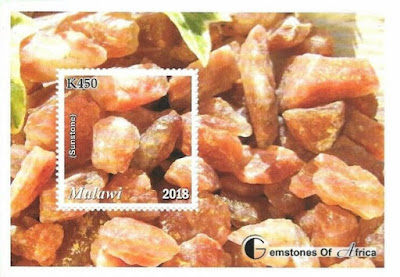 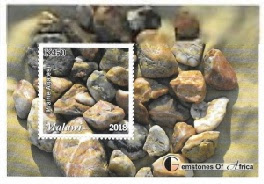 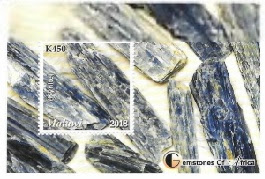 🇬🇧 Ian Billings’ indispensable Norvic Philatelic Blog has reported that Royal Mail will reissue the D-Day 75th Anniversary miniature sheet at Autumn Stampex 2019 to be held from 11 to 14 September 2019 in London with an additional inscription at the upper right as depicted below. Naturally the item will be sold in a limited edition. Rating:- 0.

🇸🇬 Singapore Post will issue a set of 4 stamps and 1 single-stamp miniature sheet to commemorate National Day on the subject of Parks in Singapore on 9 August 2019. The designs by Nicodemus Loh FC cleverly incorporate various themes (birds, butterflies, bridges, mammals, cycling and so on). It is a colourful and pleasant set and was lithographed by Secura Singapore Pte and perforated 13. Rating:- ****. 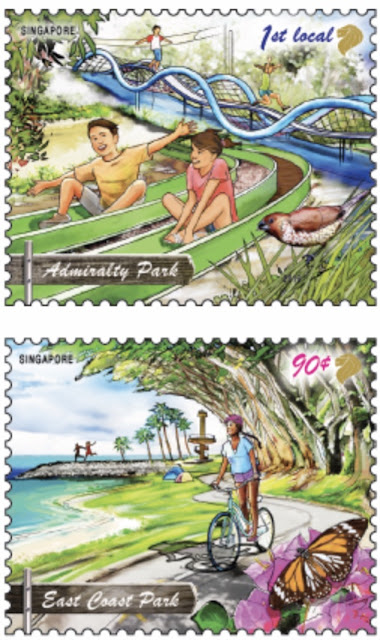 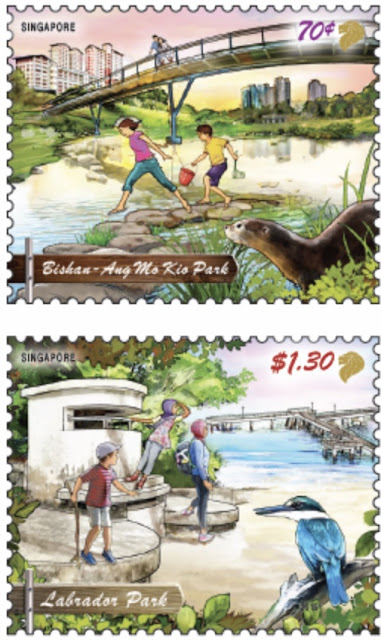 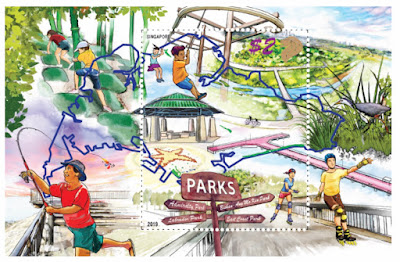