1497. 🇬🇧 Royal Mail Cricket Stamps To Be Issued In September.. 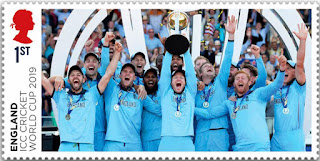 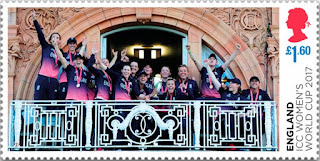 🇬🇧 The much anticipated pair of Royal Mail miniature sheets to commemorate the recent victory of the England’s men’s team in the Cricket World Cup Final as well as the belated and long-overlooked victory of the England women’s team in the Women’s Cricket World Cup two years ago (and let’s face it, Royal Mail wouldn’t have bothered to commemorate the Women’s victory if it hadn’t realised it needed to treat the women on equal par with the men or face uproarious criticism) is to be issued in the final week of September 2019.
The issue was designed by Royal Mail Design Team and lithographed by International Security Printers and perforated 14.5.
The issue with illustrations of all the stamps is being offered for sale on the Royal Mail Stamps and Collectables website. Bizarrely, dealers with contracts with Royal Mail are not allowed to show illustrations of the issue until tomorrow even though the world can see them now quite plainly. One wonders about the sanity of the people who come up with these petty-fogging rules.
This is an issue from which Royal Mail should be able to make a lot of money given its likely popularity with the non-collecting general public. And the men’s final will long be remembered for the sheer excitement it generated and the thrills it delivered. Rating:- ****. 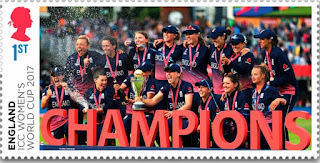 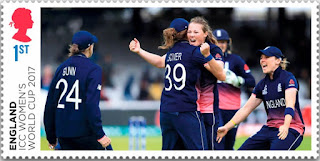 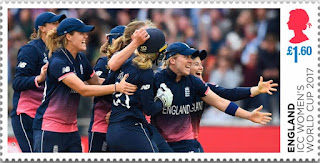 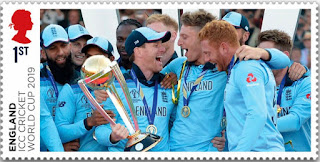 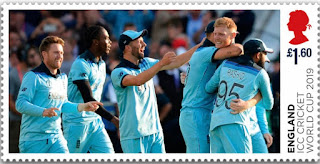 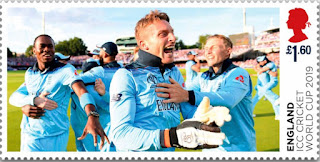