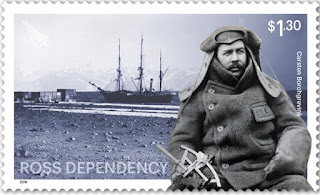 🇳🇿 New Zealand Post will issue 5 stamps and 1 miniature sheet on 18 September 2019 for Ross Dependency on the subject of the Cape Adare base which was established by the Norwegian explorer Carsten Borchgrevink when he erected two huts during his 1899 expedition to Cape Adare. These huts were the first human-built structures in the Antarctic continent. The expedition overwintered there and were picked up in January 1900. The huts were last used in 1912 but still survive preserving the food, clothing and  equipment left behind by the earliest expedition there. Some of the surviving artefacts were collected recently by the Antarctic Heritage Trust and are depicted on these stamps. One of the $1.30c stamps includes a photograph of Carson Borchgrevink in its design (see above). 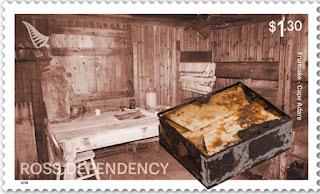 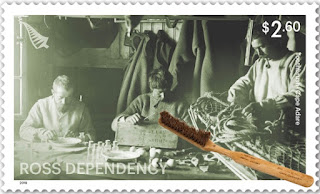 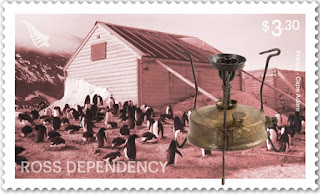 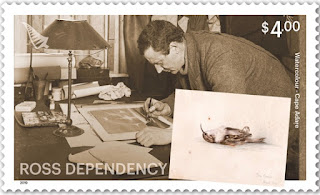 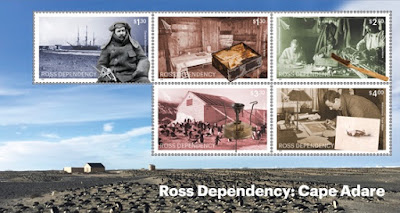 🇺🇸 Philatelic Collector Inc. has released details of its latest philatelic products issued with the names of Tonga and Cook Islands and their associated philatelic entities printed on them. Many of the products have no direct relevance to the client territories themselves and 2 of the issues use up old stock by surcharging it or even printing new designs on previously issued ‘personalised’ stamps. There is also a marked reduction in the total number of products. 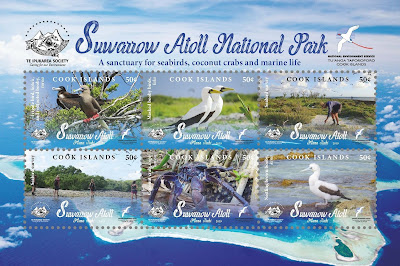 11 June 2019 - Islands Of the Pacific area - 2 miniature sheets, one containing 6 different stamps and the other containing a single stamp. Only one of the 7 stamps features an island of the Cook Islands (Rarotonga). Rating:- 0. 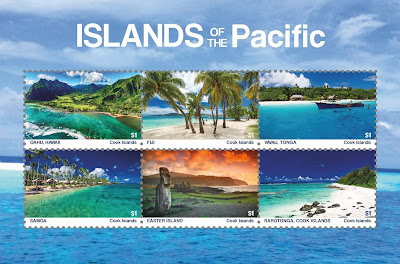 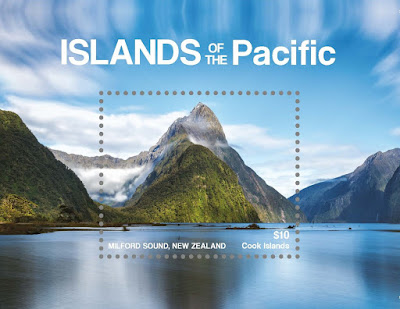 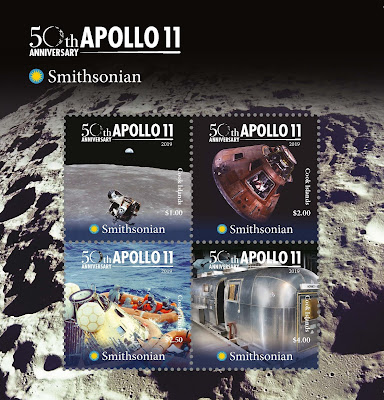 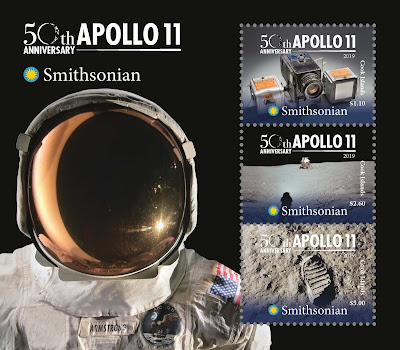 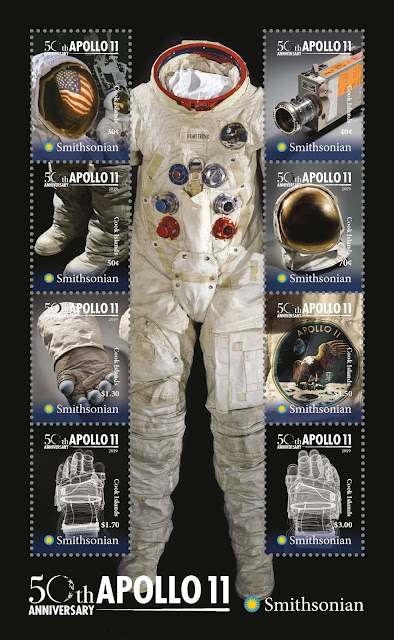 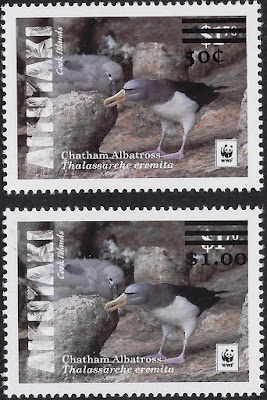 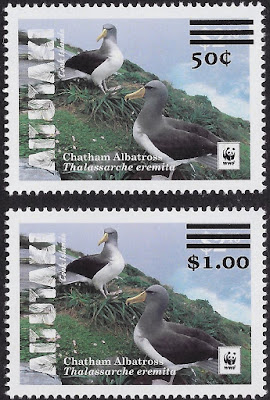 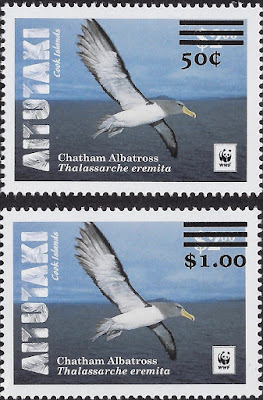 🇹🇴 Tonga - ‘Gardens Of The World’, none of which are located in Tonga - 2 miniature sheets, one containing 6 different stamps and the other a single stamp. Rating:- 0. 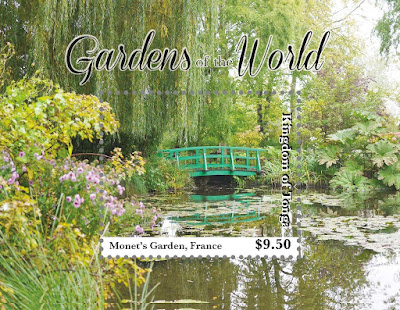 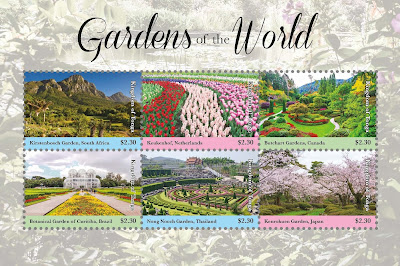 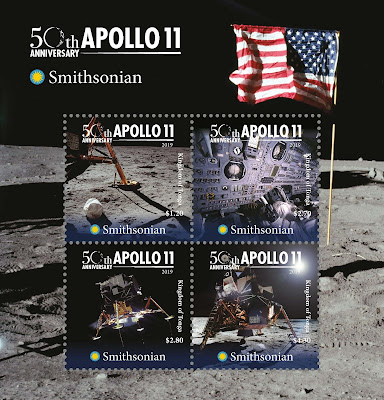 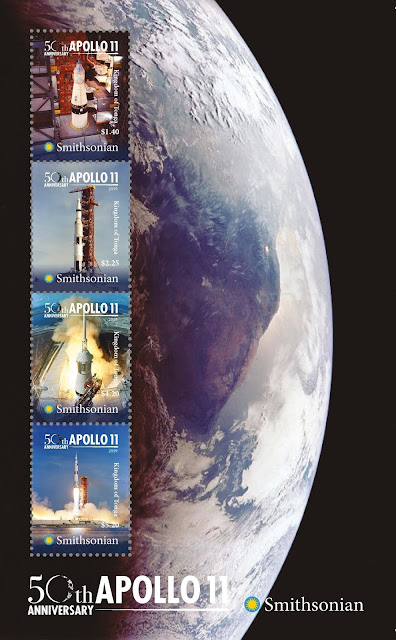 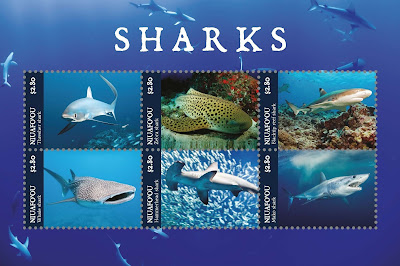 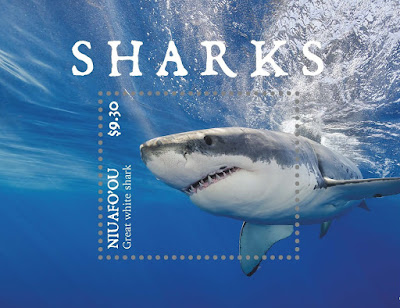 🇻🇨 IGPC will release a miniature sheet containing 4 different stamps to commemorate the 60th anniversary of the death of the American music performer Ritchie Valens. St Vincent And The Grenadines has been singled out to have its name printed on this item with a stated ‘date of issue’ of 10 August 2019. 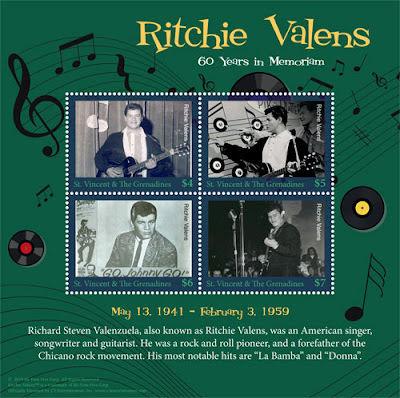