🇮🇲 Isle Of Man Post Office intends to release its 13th issue of the year in the form of a set of 8 very attractive stamps depicting ‘Town and country birds’ using the beautiful artwork by Jeremy Paul. The issue was lithographed by Lowe Martin and perforated 14 and is due to be released on 19 September 2019. Sadly there does not appear to be any special reason to issue stamps on this subject at this particular time particularly as 12 sets have already been issued this year by this small territory. A mint set will cost the buyer an immodest £8.78p. Rating, due to excessive issuing therefore, is just **.

🇮🇳 India Post issued a single stamp on 24 August 2019 to commemorate the 150th anniversary of the birth of Calavala Cunnan Chetty, a philanthropist who founded two schools among his other notable achievements. Rating:- ***. 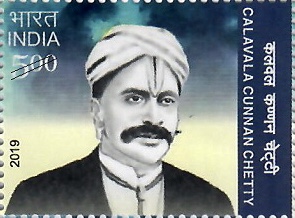 🇲🇿 Following on from Blog 1452 I record here another Correios de Moçambique World Vision stamp the existence of which was previously unknown to me. The date on the stamp is 2008 so this seems to be the first in the infrequent series on that subject. 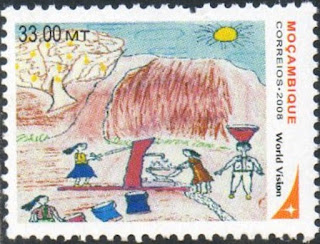 🇲🇲  The next ‘Months of the Myanmar calendar’ issue will be released at the beginning of September 2019 although I am not yet sure of the precise date of issue. This next part of this fascinating ongoing series will feature the month of Tawthalin and depict the Boat racing festival and a Chukrasia Tabularis flower. This of course is the ninth part of the series. Rating:- *****.