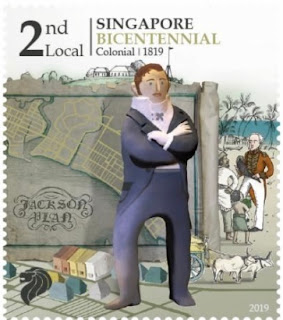 🇸🇬 Singapore Post will issue a set of 10 stamps and 1 ‘Collectors sheet’ on 22 June 2019 to commemorate the Bicentenary of the founding of Singapore by Sir Stamford Raffles. This is an excellent set with some cheerfully humorous designs which trace the history of the city state from its earliest days and through its founding by Sir Stamford Raffles, the colonial period, the city’s occupation by the Japanese during the Second World War, the run-up to Independence and the modern, immensely successful republic.
The set was designed by Lim An-ling and lithographed by Southern Colour Print with hot-stamping on the $1.30c value and lithography on foil on the miniature sheet. This is probably the most notable Commonwealth anniversary of 2019 and this is a delightful and memorable set to commemorate the anniversary and to tell the story of Singapore through stamps. Rating:- ******. 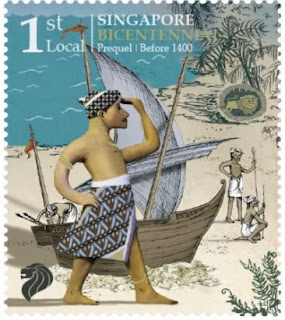 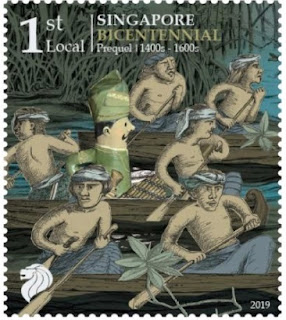 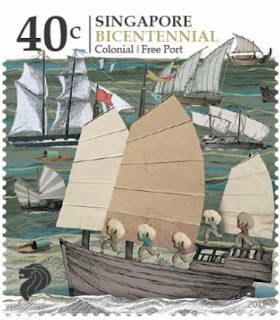 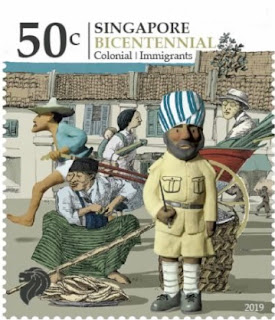 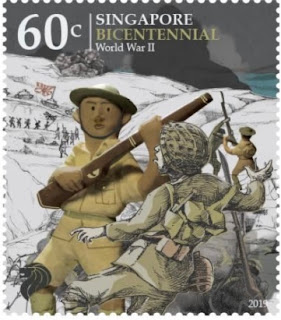 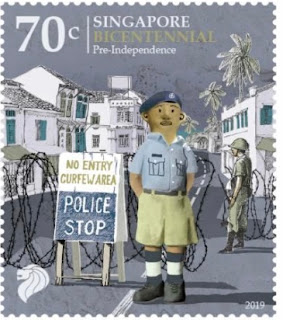 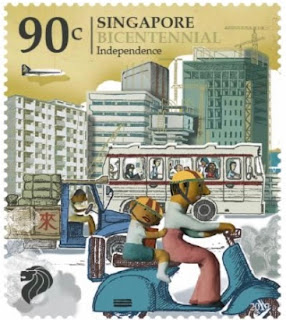 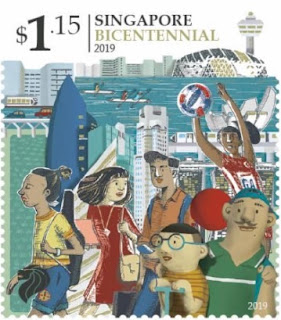 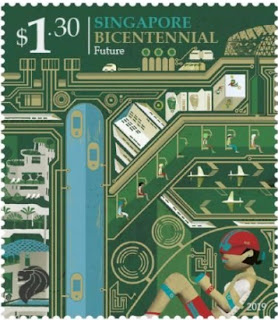