🇰🇪 Kenya Post has issued a set of 4 stamps on the subject of the Big Four Agenda which is the Kenyan government’s development programme. Each stamp features a different pillar of the Agenda. I do not yet know the date of issue. Rating:- ****. 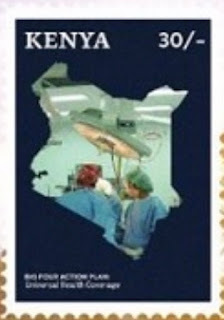 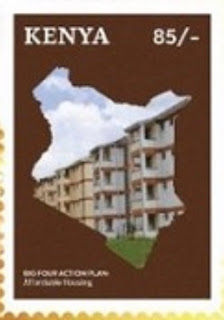 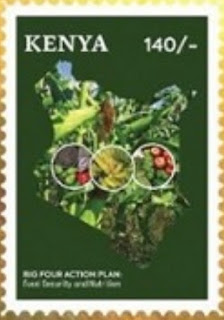 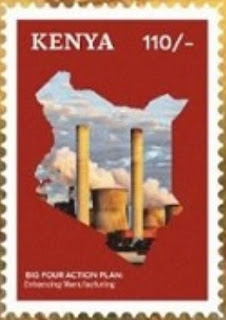 🇮🇳 India Post issued 4 stamps and 1 miniature sheet on 12 June 2019 as the second part of its Indian Fashion series subtitled ‘Sari in its myriad forms’. I like this issue. Rating:- ****. 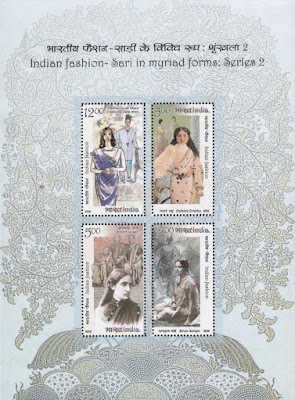 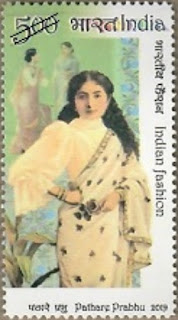 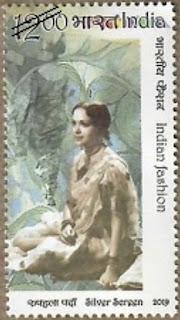 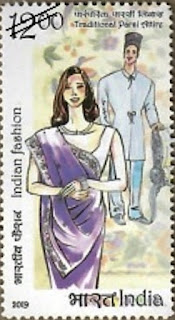 India Post also issued 2 stamps and 1 miniature sheet on 17 June 2019 on the subject of Ahimsa Parma Dharma which is a Sanskrit phrase popularised by Mahatma Gandhi in which ahimsa means non-violence, paramo means utmost and dharma means duty. The phrase therefore means that non-violence stands above all other duties that should be performed. An interesting issue. Rating:- ***. 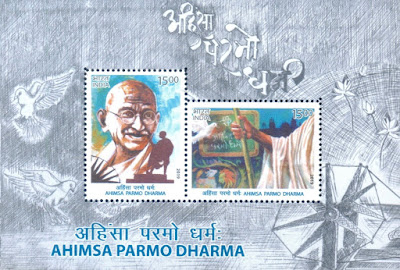 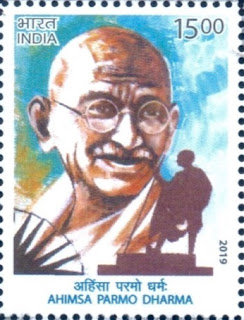 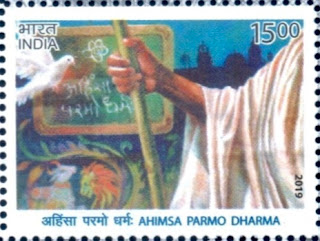 🇧🇩 Bangladesh Post issued a pair of stamps and 1 miniature sheet on 3 June 2019 to commemorate the Cricket World Cup being held in England and Wales. For the Commonwealth nations the Cricket World Cup can be judged to be an important sporting event so it says a lot about the new issue policies of Royal Mail that it chooses not to issue stamps to commemorate England’s and Wales’ hosting of the event while Bangladesh Post is pleased to release a stamp issue to mark the event and Bangladesh’s participation in it. Rating:- ****. 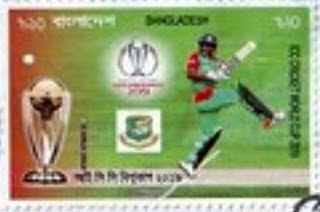 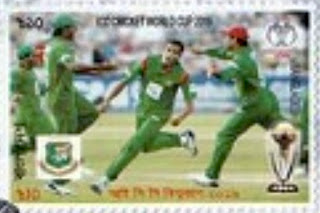 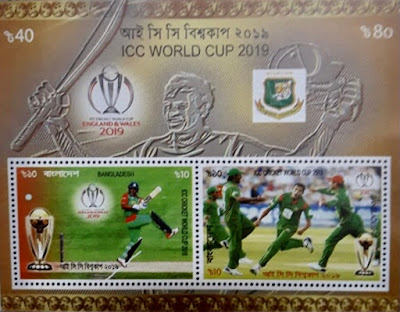