1453. 🇯🇪 Yet Another Issue From Jersey Features Moon Landing.

🇯🇪 It seems that no anniversary nor event in the world can go by without a postal administration of at least one British offshore island feeling the need to release a set of stamps to commemorate it even when these small islands played no part in the event which is to be marked by the stamps. Not surprisingly then Jersey Post will issue a set of 6 stamps and 2 miniature sheets (total face value £12.96p) on 20 July 2019 to commemorate the 50th anniversary of the first manned lunar landing (by Americans not Jerseymen). Jersey Post tries to establish an unconvincing tangential link between the subject and Jersey by including contemporary quotes from a local Jersey newspaper about the manned landing in the stamp designs. The designs were by Keith Burns and printed in lithography by Enschedé. Rating:- 0. 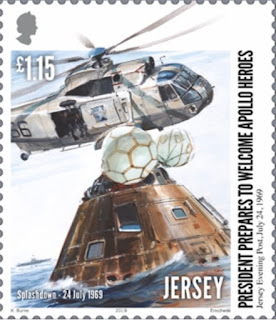 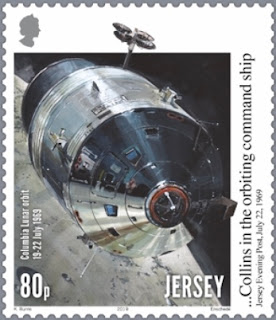 🇹🇷 The postal service of the Turkish Republic Of Northern Cyprus issued a single stamp on 19 May 2019 to commemorate the Centenary of the beginning of the Turkish War of Independence. The stamp depicts the ship Bandirma on board which Mustafa Kemal Pasha, Ataturk, departed Istanbul on 16 May 2019 for Samsun where he arrived on 19 May to start the Turkish national movement against the wishes of the Istanbul-based Ottoman government. This act was to lead to the declaration of the Republic of Turkey four years later. The issue was digitally printed by Bolan Dijital Baski Ltd. Rating:-  ****. 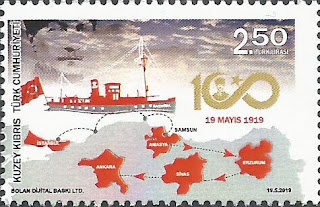